Film buffs and Brooklynites — unite! Brooklyn Film Festival returns with its 2019 edition, “The Gathering,” which takes place May 31 through June 9 with main venues at the Wythe Hotel (80 Wythe Avenue) in Williamsburg and Windmill Studios (300 Kingsland Avenue) in Greenpoint.

This year’s festival is comprised of 133 features and shorts from over 30 countries spread over all continents, except Antarctica. The lineup includes 37 world premieres, 15 USA bows, 29 east coast debuts and 34 first-time screenings in NY.  Individual film tickets will go on sale soon while festival passes are already on sale here. A four-pack pass is just $45.

“We are calling the upcoming festival: The Gathering,” said BFF Executive Director Marco Ursino.  “The theme-statement is essentially a call to all those people who are searching for clarity and intelligent exchanges. On the programming side this year, more than ever before, we wanted to empower all those filmmakers who are thinking and working in critical systems, outside of the box, and against all odds. Understanding that for women the ‘system’ is always critical, and inspired by the acceleration of the women’s movements, this year BFF will feature the largest presence of female directors within a single festival edition to date. I’m also proud to say that four out of our six festival programmers are women and the festival is run mostly by women.”

In each of the six film categories, BFF’s judges will select the Best Film while the festival will select the Spirit Award and the audience the Audience Award winners. Among all the six categories combined, BFF will award one of each of the following: Best Actor, Best Actress, Best Composer, Bet Style, Best Editor, Best Cinematographer, Best Screenplay Writer, Best Producer, Best New Director and Best Brooklyn Project. Through the resources of our sponsors, BFF will assign to the winning filmmakers about $50,000 in prizes (products, services and cash). To view the full film line up, which also includes Narrative and Documentary Shorts, Experimental and Animated films, visit here.

McGolrick Movies: Raiders of the Lost Ark in the Park This Tuesday Night! (8/21)

The classic adventure flick Raiders of the Lost Ark is coming to McGolrick Park for free tomorrow night (Tuesday, 8/21)! Get there around 7:45pm, set up your blankets and chairs and bring your own snacks (but there will be FREE POPCORN!). The film will be set up on the Monitor Street lawn. The movie series in McGolrick is presented by the McGolrick Park Neighborhood Alliance (MPNA) and sponsored by

SummerScreen, presented by Northside Media (Northside Festival), has revealed its movie lineup for the summer! Brooklyn’s favorite free film and concert series will return this summer to McCarren Park for its thirteenth consecutive year. Taking place every Wednesday in July and August, the weekly event will screen eight films in the park and will offer food, beverage, and live music. Screenings kick off Wednesday, July 11. END_OF_DOCUMENT_TOKEN_TO_BE_REPLACED 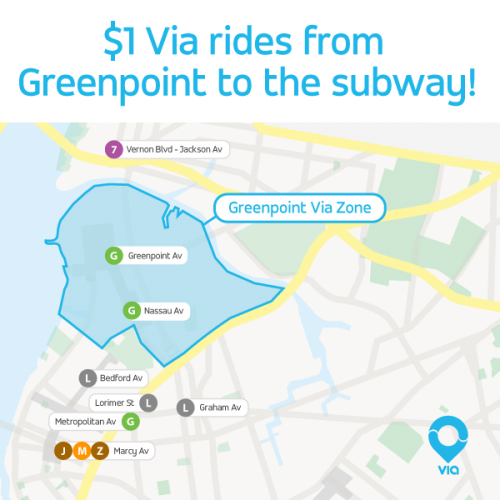 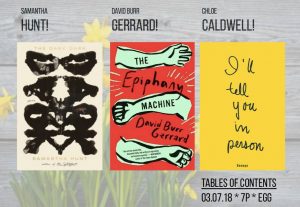 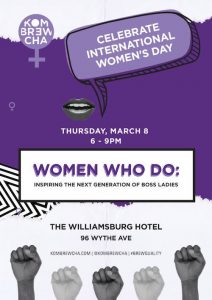 I was looking at a list of films made in Brooklyn, which listed 146 films shot in Brooklyn. When I looked at the list I noticed that many of the films, which were shot at least in part in Greenpoint, were not on the list. This is an incomplete list of films with Greenpoint locations. If you know of films not mentioned on this list, let us know by emailing [email protected] or commenting on this post.

First on the list are two of the most iconic films made about Brooklyn: 1) Serpico (1973) with Al Pacino, which was shot on Driggs Avenue and 2) Donnie Brasco (1997), based on the real life Greenpointer Sonny Black Napolitano, was shot on West and Manhattan Avenue.

3) The Siege (1998) with Denzel Washington was shot on Manhattan Avenue.

6) The Departed (2006) with Jack Nicholson was shot in McCarren Park and at the now shuttered Park Luncheonette restaurant. END_OF_DOCUMENT_TOKEN_TO_BE_REPLACED

Caryn Coleman, Greenpoint resident and Director of Programming/Special Projects at Nitehawk, who has helmed Shorts Fest since its inception, explained that for this year’s Festival, she chose pieces in conversation with one another, rather than grouped around a specific theme. As a result, the Opening Night films, covering topics as diverse as narcolepsy and national politics, all engaged with universal issues of culture, family, identity and love, often in the face of uncertainty or absurdity.  END_OF_DOCUMENT_TOKEN_TO_BE_REPLACED 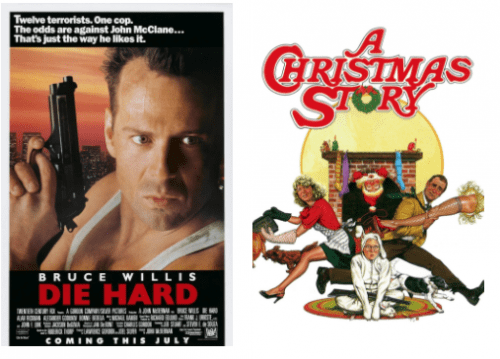 If you can seriously never get enough of the “I have a machine gun… Ho-ho-ho!” line from Die Hard… or if the old man church scene from Home Alone never fails to make you openly weep… Nitehawk (136 Metropolitan Ave) is presenting their Holiday Show Spectacular again this year—where from Thanksgiving through Christmas they host special screenings of movies that are guaranteed to get you into the spirit. Most of the films are weekend brunch screenings, which means there’ll probably be some deliciously creative seasonal food and cocktail parings. We recommend getting your tickets EARLY, because these shows will sell out—quickly!
Here’s a listing of all the screenings:

END_OF_DOCUMENT_TOKEN_TO_BE_REPLACED

The Brooklyn Horror Film Festival creeped the hell out of the neighborhood last weekend (Oct 14-15), and I had the sick pleasure of attending a screening of Mexican indie horror anthology Mexico Barbaro II, at the Wythe Hotel (80 Wythe Ave). Inspired by demented classics Creepshow and Tales From The Darkside, the second installment of Mexico Barbaro included shorts from eight Mexican directors who delved deep into personal nightmares to share their most terrifying inner thoughts with an audience. Friday night’s screening included a Q&A with director Sergio Tello, and one of the directors of photography. Throughout the shorts, there were some religious elements present, whether it was a cross in the background, a demonic character, or a retelling of a fable. Some of the refs were specific to whichever part of Mexico the film took place, as different regions of Mexico have different religious traditions. “Each segment has its own religion,” Sergio remarked. END_OF_DOCUMENT_TOKEN_TO_BE_REPLACED

In its 11th year, The Korean American Film Fest’s Infinite Cinema, headed up by Chung Tsang and Mark Anthony Singh, was held this past Saturday, October 14th in the Wythe Hotel Screening Room (80 Wythe Ave).

A passage on the fest’s website reads, “Embracing the motto of CONNECT. FUSE. REPEAT. KAFFNY Infinite Cinema challenges its audience to discard notions of cultures as separate, discrete and insular, instead exploring the infinite possibilities of contact, fusion, and creation born from the mixing of different backgrounds.”

True to that directive, KAFFNY’s collection of films, which crossed multiple genres and mediums, maintained an impressive cohesiveness in its focus on shared experience, exploring distinct cultural backgrounds within the global context. Cleverly divided into five thematic segments, the fest included 25 short films and two feature length films, as well as moderated panel discussions with many of the filmmakers and actors. END_OF_DOCUMENT_TOKEN_TO_BE_REPLACED 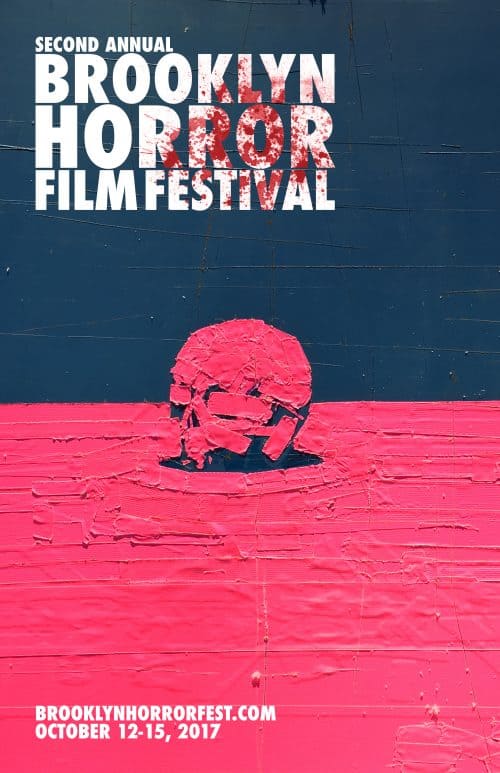 It’s that time of year, folks. There’s a chill in the air, and down your spine. Trees become skeletal, the ground crunches underfoot, the moon comes out and the fog rolls in. It’s time to get freaky, and the Brooklyn Horror Film Fest can help you do just that. Taking place this year over the weekend of Friday October 13th through Sunday October 15th, we are lucky to have most of the screening venues in our ‘hood. Perfect for a date, or going it alone (if you dare). They’ll be presenting independent feature films and shorts from horror filmmakers from around the world, including some local to NYC. And, the fest will also be hosting an opening night party, panel discussions, Q&A’s with filmmakers, games, contests, merch tables, an award ceremony and a sendoff party after the final screening.

Badges are already sold out, but you can still get tickets to individual showings, from $13-$18 depending on the event. Below, we’ve listed the films that are being shown locally, but you should check their site for a full listing of films and events all over Brooklyn. END_OF_DOCUMENT_TOKEN_TO_BE_REPLACED