A new yoga studio will open on Nassau Avenue in April and a longtime Manhattan Avenue optometrist has relocated further down the street, amongst other recent changes with local businesses. 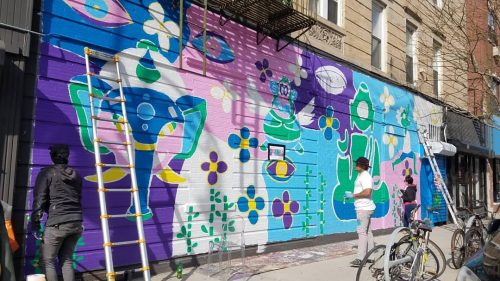 A bright colored Hindu-themed mural was in progress on Thursday afternoon from the Los Angeles-based artists Jimmy Warhol of the new Brooklyn Yoga studio at the corner of Leonard Street and Nassau Avenue, which is scheduled to open on April 1st. END_OF_DOCUMENT_TOKEN_TO_BE_REPLACED

Capital One Closing Greenpoint Savings Bank Branch in May

The Capital One branch inside of the historic Greenpoint Savings Bank building (807 Manhattan Ave.) will close on May 18th, according to a Greenpoint branch employee.

After May 18th, the nearest Capital One branch for people living in Greenpoint will be at 244 Bedford Ave. in Williamsburg.

There are currently no plans for another tenant to take up space in the front of the landmarked building, but in 2016, the Landmarks Preservation Commission approved redevelopment of the buildings’ rear, or annex, for the construction of condos on the Calyer and Lorimer Street sides. END_OF_DOCUMENT_TOKEN_TO_BE_REPLACED

From the temporarily closed McDonald’s to a newly opened New Jersey-based bank, there are a number of recent changes with the businesses on Manhattan Avenue.

At 904 Manhattan Avenue, the longstanding McDonald’s is closed for renovations on a busy corner across from the Greenpoint Avenue G train. The McDonald’s building is currently boarded up, but the two banners flying above the store state “reopening July 22nd,” big-mac fans rejoice!

Just one block away on the avenue, a newly open Kearny Bank is ready for business at 875 Manhattan Avenue. The New Jersey-based bank celebrated its grand opening in June. According to the bank’s website “Kearny Bank is headquartered in Fairfield, New Jersey. It is a wholly-owned New Jersey state-chartered stock savings bank subsidiary of Kearny Financial Corp.” END_OF_DOCUMENT_TOKEN_TO_BE_REPLACED

Enid’s (560 Manhattan Ave.), will close on March 31st, meaning you have less than two weeks to say goodbye in person. The neighborhood bar and restaurant originally opened in 1999 and is going out with a series of dance parties: 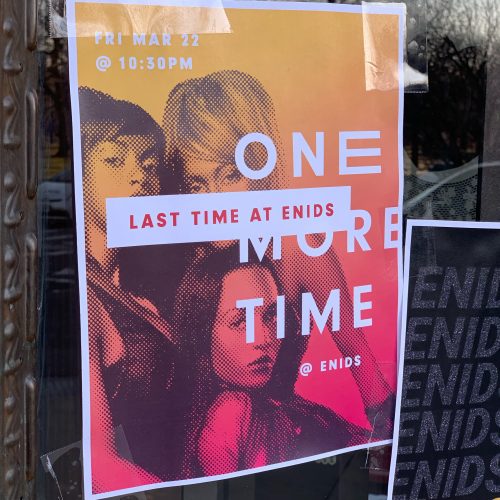 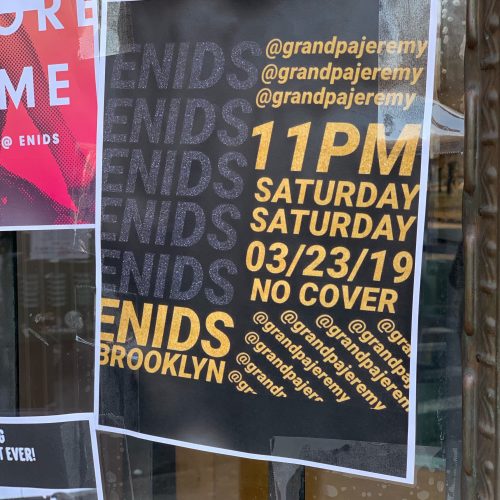 A Fruit Salad More Than a Decade in the Making

His first day in Brooklyn, Joon Yoon was baptized in true New York City fashion—with bird poop. While others would consider this an ill omen, Joon saw his unexpected baptism as a harbinger of success. “Some people say it is good luck if you get pooped on,” he explained matter-of-factly over email.

His optimism was warranted. More than two decades since his 1997 arrival in New York from South Korea, Yoon—along with his brother, Jun Yoon—now manages a small green-grocery empire. The brothers own 11 stores (including two in Greenpoint), all of which are a gentlemanly variation on the original store’s name, Mr. Kiwi at 957 Broadway in Brooklyn. They have even expanded into Queens, opening Mr. Avo this year in Long Island City.

Although now bonafide American entrepreneurs, the Yoons originally lived in a provincial capital of middling size in South Korea. Rootless and with financial difficulties, they moved to the U.S. in the late 1990s, knowing no one in the New York area. When Joon first arrived at age 23, he began working in grocery stores from the Bronx to Queens at an exhausting pace—seven days a week at 14 to 18 hours a day.

In 2006, he was faced with a choice. The Woodside grocery he worked at was closing, soon leaving him without work. Joon and his family decided to take a leap and open Mr. Kiwi, the idiosyncratic name chosen spontaneously during a road trip. In the beginning, it was hard to gain traction. “They didn’t come with a lot of money or anything… When you don’t have money, there is no one who will give you money. So, they had to start with very little product in the store. Literally, maybe a one-item-per-shelf situation,” explained Jae Lim, their office manager, over the phone.

The brother-and-father team operated the store 24 hours a day, working in shifts. Junseok Yoon, their cousin, came soon after and became an integral part of the operation. Customers appreciated the cheap produce—sourced from Hunts Point Market—and generous portions from their juice bar, detailed Lim.