• It’s as disgusting as it sounds… rat mites (NY Times)

• Do you think it’s total BS that North Brooklyn processes a huge amount of the city’s trash? New legislation might change that (NY Environmental Report)

• If you have a spare room, why not get rich with AirBnB like your fellow North Brooklynites? (DNAinfo)

• It may not protect us from crowded G trains, but Greenpoint Landing is bringing a park that promises to protect Greenpoint from storm surge with oyster beds and public access to the river edge (Daily News)

CSAs for Art. The business model works great for squash and peaches, but sculptures? (The L Magazine)

Developers are creating “Poor Doors” for the affordable housing segments of the abominable waterfront properties planned in our neighborhood.

And finally, people are having really nice weddings inside abandoned-looking Greenpoint warehouses.

• If you have $3.75 million – you can buy this Greenpoint Condo on West St (Brownstoner)

• Kicking us while we’re down, the Brooklyn Magazine reported on a poll that ranked Greenpoint “just below East New York for perceptions of class and safety” based on Google Street View images – then took it back to say how fabulous we are.

• Missed the Mayoral Debate? “Watch Christine Quinn, Bill de Blasio, Bill Thompson, John Liu and Anthony Weiner (but not Sal Albanese) tell each other how wrong they are about everything” (Brokelyn)

• Tour of Newtown Creek with Mitch Waxman, “The EPA estimates it one of the dirtiest waterways in the country.” (Times News Weekly)

• For the Love of Greenpoint Food (Eat Boutique)

• On The Elm, new restauarant in King and Grove Hotel, “the Elm, with its emphasis on complex, precisely composed dishes, seems more like the geeky smart kid cocky in the knowledge that his S.A.T. scores precede him. (New Yorker)

• Do you have love in your heart and room in your home to adopt a – CHICKEN? (Epoch Times)

• Bedwick: “No matter how much any reasonable person howls, real estate hustlers are always trying to think of new names for Brooklyn neighborhoods.” (Brokelyn)

• “I’m literally paid to look at beautiful girls — how hard is that?” Chat with Pumps Barback (Bedford and Bowery)

• Historical DUKBO – “down under the Kosciuszko Bridge onramp”  (Queens Brownstoner)

• Cringeworthy: MTA is talking about selling subway station names to corporations, but the names would be “accurate and help orient customers as they navigate the MTA network,” like Macy’s 34th St – to shopping of course. What would they call the G Nassaue & Greenpoint Ave stops? Polonia Nassau? The Garden G?

• “The Peranza is an all-for-one effort, in which the common goal of moving the Giglio subsumes all class distinctions.” Inside the Giglio Lift (Greenline)

• Flickr is cool again with photo generated maps. If I remembered my password I’d login and show you a #Greenpoint map… (Animal)

• 5 shot in Bushwick on Saturday (ABCLocal) 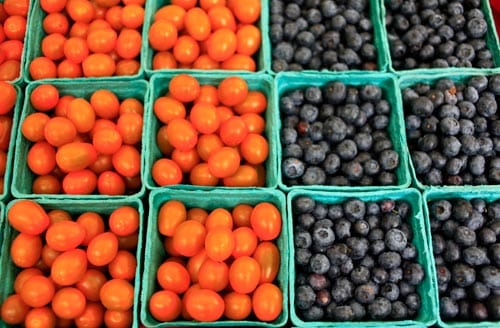 • BUG OUT! Become a Brooklyn Urban Gardener (get it?) at Brooklyn Botanic Gardens.

• BK Flea shut down last week, “because the edge is a poorly constructed piece of garbage.” (Free Williamsburg)

• We are in the siding capital of the world, but if you so have a Brownstone, find out if it’s a wood frame.

• Another cafe is coming to Greenpoint in the fall, and you can also buy a Nordic sweater there. (Village Voice)