How A Greenpoint Statue Became A Target of Anti-Americanism

Many Greenpointers know that Ferdinand De Lesseps famous Iwo Jima memorial was cast locally at Bedi Rassy Art foundry on India Street; however many people do not know the story of another sculpture cast there, which has become one of the most attacked statues in the world and a focal point of anti-American violence.

In 1963 De Lesseps cast a twelve-foot high bronze statue of Harry Truman. The statue is one of only eight statues of American presidents that stand outside of the United. States. The piece was commissioned by the American Hellenic Educational Progressive Association, a Greek-American group, to honor the Truman Doctrine, which gave $2 billion in economic and military aid to the Greek government to defeat communist guerrillas during the country’s civil war between 1946 and 1949. END_OF_DOCUMENT_TOKEN_TO_BE_REPLACED 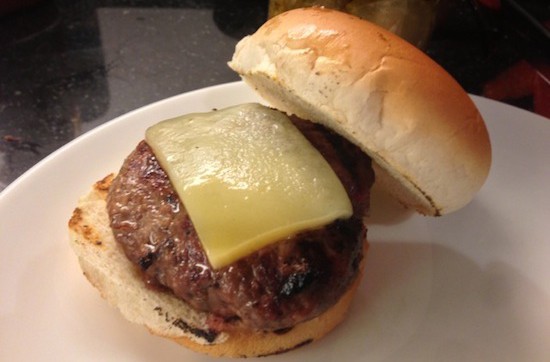 Soy Sauce Use a tablespoon of soy sauce for every 8 ounces of meat, mix thoroughly. I like to use my hands for all ground beef mixing. Your fingers can mix more efficiently than any stationary tool. Squeeze the beef in both hands in a big bowl. Add some fresh ground pepper, but no more salt. Don’t forget that the soy sauce is all the saltiness that you need. END_OF_DOCUMENT_TOKEN_TO_BE_REPLACED