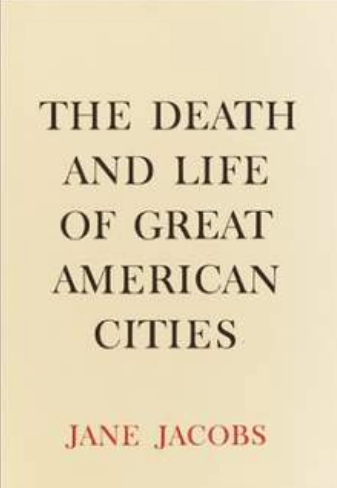 In 2005, shortly before her own death, the legendary urbanist weighed in on the renewal of the Williamsburg-Greenpoint waterfront in a letter addressed to former Mayor Michael Bloomberg. She advocated for the adoption of a community-sponsored development plan that was ultimately not adopted. In her letter, she warned that developers outside the community would take advantage of the rezoning of the East River waterfront to serve their own interests by building high rises and by gentrifying the area so that working class people would be pushed out. Jacobs’ letter contrasted the local community’s plan for the area versus the developer-friendly rezoning that ultimately was adopted. 13 years later her warnings have proven valid. It is amazing how timely Jacobs’ letter still feels today. END_OF_DOCUMENT_TOKEN_TO_BE_REPLACED 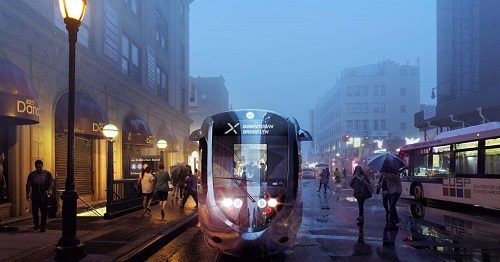 When the project was first proposed in 2016, the advocacy group Friends of the BQX, headed by Jessica Schumer, daughter of Chuck Schumer, envisioned a 16-mile route from Astoria to Sunset Park. The current project stretches 11 miles, from Astoria to Red Hook, stopping in between at  Long Island City, Greenpoint, Williamsburg, the Brooklyn Navy Yard and Downtown Brooklyn.  END_OF_DOCUMENT_TOKEN_TO_BE_REPLACED

Thursday Spotlight: Steve Wasterval and How an Evolving Greenpoint Affects His Paintings

Posted by Billy McEntee | May 17, 2018
Tweet
Steve Wasterval isn’t from here, but you may be led to believe otherwise given the authenticity and love behind each of his New York paintings. In a culture where the definition of art can often seem haughty, where the medium itself is ever-shifting, there is something beautifully traditional and startlingly contemporary about Steve’s acrylic paintings: They simultaneously represent impressionism from the days of yore while also reflecting the evolving city he adores and inhabits. Steve is participating in Greenpoint Open Studios June 2–3, so if you long to see his paintings in person after reading his interview, you’ll soon have the chance!
Greenpointers: On your site you say you make art for “real” New Yorkers.  Are you a real New Yorker?
Steve Wasterval: I do say that — and no I am not. Unfortunately, I’m from Texas so I am one of those people that moved from the south or midwest and are forever trying to earn our local status. My wife is from here though, and so is her family (her grandparents were born and raised in Greenpoint on Berry Street) so I’d like to think I’m native by marriage. Plus nobody can top me when it comes to love for the city! You may think you love her more cause you’re a Yankees fan, or know where to get the best slice or whatever, but I paint her everyday. She’s all mine in that way, no one loves her the way I do.

END_OF_DOCUMENT_TOKEN_TO_BE_REPLACED

If that sounds steep, the city hopes you’ll blame Airbnb. A study from the city Comptroller finds that airbnb listings have driven rents in Greenpoint up about $100/month. The Comptroller also blames the company for rent increases and homelessness across the city, a very steep charge to level against New Yorkers who share their homes on the platform because rent is so high in the first place.  END_OF_DOCUMENT_TOKEN_TO_BE_REPLACED 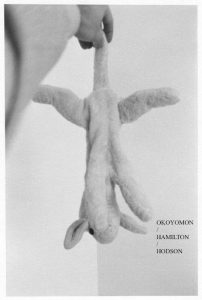 Today is a sad day for Greenpoint as one of its best cultural icons will be closing down for good – but not before one last hurrah tonight (January 8, 2018). After 15 years of being in business in 544 Manhattan Ave, Bar Matchless is unceremoniously shutting its doors after receiving a letter in the mail that the Sheriff is coming this Thursday, January 11th to enforce their eviction.

Free drinks tonight for volunteers who can help move Bar Matchless out. If you are available Tuesday, January 9th and/or Wednesday, January 10th, fill out the form and come say your goodbyes!

There was an outpouring of support for Bar Matchless after we reported that its future was precarious last week. Greenpointers’ responses ranged from anger & frustration to heartbreak & sadness about this loss. Here are a few from over 140 comments on our Instagram post about it: END_OF_DOCUMENT_TOKEN_TO_BE_REPLACED

If you haven’t already heard, the rumors are true. The building where Bar Matchless (557 Manhattan Ave) is in has been sold and they were asked to vacate the premises. But they aren’t going down without a fight and they are still open for business.

The question of how long remains precarious as they have not been able to reach the landlords or new owners about the possibility of staying. For now, Tuesday 2-4-1 drinks, cheap late night food, and epic hangover brunch lives on in what is a Greenpoint institution.

Bar Matchless is one of the last men standing, having survived the death knell of North Brooklyn DIY spots and small performance spaces of yesteryear. Since its inception in 2003, it’s always been in the black and is still a legit thriving successful small business. The only reason it is slated to close is because the current landlord has not renewed the lease and the new owners remain out of touch – literally and figuratively. END_OF_DOCUMENT_TOKEN_TO_BE_REPLACED 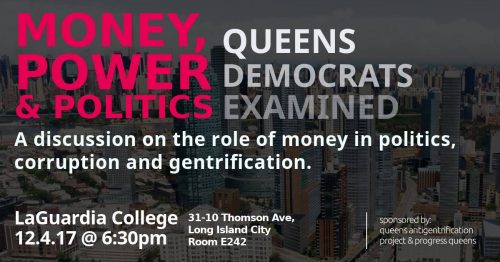 The Queens Anti-Gentrification Project and Progress Queens will be hosting an event tonight called “Money, Power and Politics: Queens Democrats Examined.” The Queens County Democratic Party is also known as “The Queens Machine.” According to a press release for the event, “activists will participate in a panel discussion on the upcoming New York City Council speaker’s race, the influence of money on elected officials, and the impact on local Queens communities of legislation and policy favorable to the real estate industry.” The panel’s special focus on issues surrounding real estate development might make it of interest to community members here in Greenpoint grappling with changing landscape of the East River Waterfront.

Who: Anyone interested in local politics or community advocacy You should RSVP to [email protected] to reserve your spot! END_OF_DOCUMENT_TOKEN_TO_BE_REPLACED