A string of businesses on Nassau and Norman Avenues in Greenpoint have experienced break-ins and vandalism during the past week.

On Thursday morning at 2:05 a.m. an unidentified man wearing gloves and a round hat was caught on surveillance video using a brick to smash open the Norman Avenue entrance of Bagel Point (699 Manhattan Ave.), gaining entry and emptying the cafe’s register that was holding less than $100.

The burglar, who appeared in video footage to have knives strapped to his calves, attempted to destroy Bagel Point’s video surveillance system while rummaging for valuables and damaged audio equipment in the process, according to owner Sam Kaplan.

40 minutes later, a man fitting the same description smashed the entrance of the Greenpoint Palace (206 Nassau Ave.) with a brick, destroying the neighborhood bar’s recently restored stained glass while failing to gain entrance.

END_OF_DOCUMENT_TOKEN_TO_BE_REPLACED 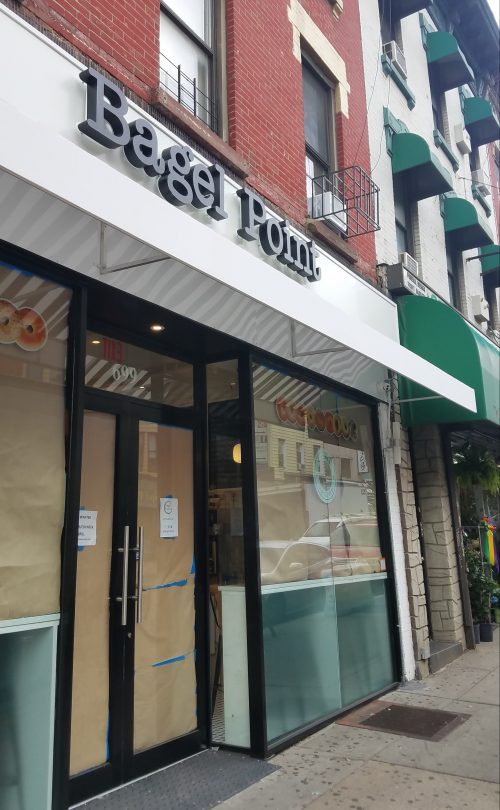 Bagel Point (699 Manhattan Ave.) will celebrate its soft opening on Thursday, July 4th, following months of renovations that combined three storefronts at the corner of Norman and Manhattan Avenues next to a G train subway entrance.

The menu features hand-rolled bagels, a variety of traditional and vegan cream cheeses, housemade lox, hand-carved roast beef, and non-processed meat options.  The cafe will eventually be open 24 hours and offer online ordering and delivery, but for the soft opening there will be reduced hours (opening at 6 a.m.) and orders can only be placed in-store.

The owners of Bagel Point, Sam Kaplan and Adam Alsorra, also operate Smith Street Bagels (202 Smith St.) in Brooklyn. The new space in Greenpoint has a spacious interior with plenty of window seats and tables in the center; there’s even outside seating on the newly installed benches on the Nassau Avenue side of the building. END_OF_DOCUMENT_TOKEN_TO_BE_REPLACED 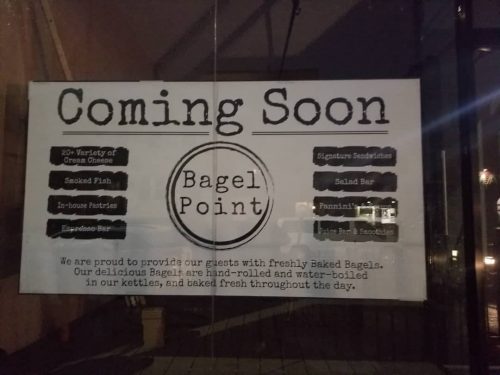