“The circumstances we’re experiencing must be accepted as they are but as humans we innately feel the need to solve problems and implement change. And in today’s postmodern world, what can we do?,” Overall Murals wrote on social media promoting the work.

The company is also selling bandanas and tote bags of the image with 100% of the proceeds going toward Art Start, which helps connect marginalized young people with artistic opportunities.

More details of the mural are revealed with close up photos, but a friendly reminder: We’re just over half way through 2020: 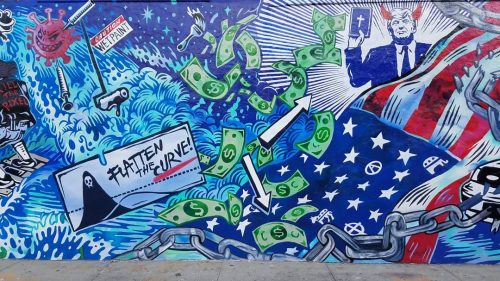 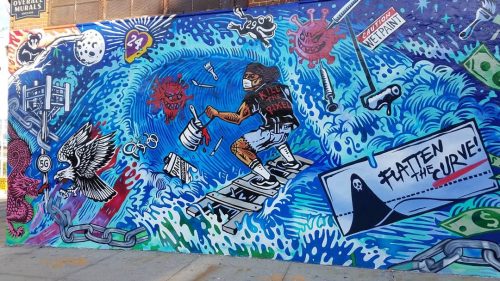 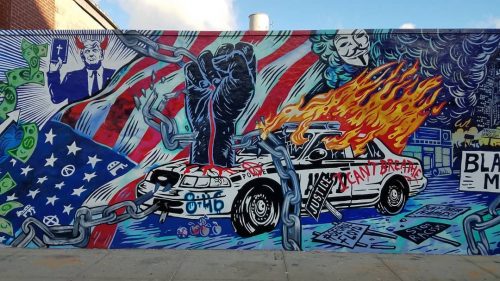 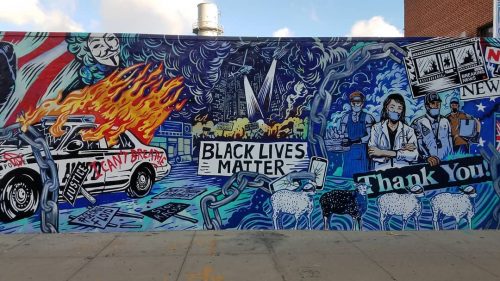 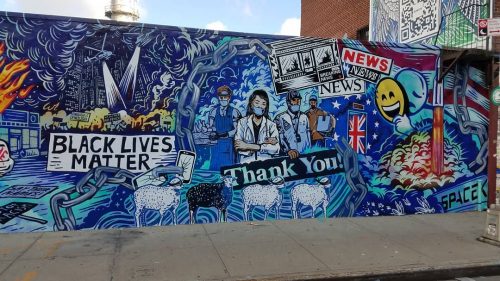