“The Chronicles of New York City” Revealed at Domino Park 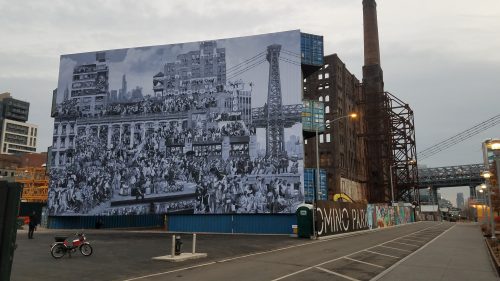 A new art installation standing more than 50 feet high from French street artist JR was revealed at Domino Park on Monday and features a large-scale photo collage of New Yorkers.

Blue shipping containers were stacked near the Domino waterfront three weeks ago leading to some speculation that the installation would be a Vessel-like structure as seen in Hudson Yards. Italian architectural design studio LOT-EK  helped to build the support structure.

The giant black and white photo collage and mural measuring over 50 feet high features more than 1,000 New Yorkers (including celebrities like Robert De Niro) among an NYC backdrop that includes the Williamsburg Bridge.

The Chronicles of New York is now up inside the public Domino’s Park in Brooklyn! Use the app to listen to the stories of the New Yorker by pointing your phone at the mural ! Merci @brooklynmuseum, @lot_ek and Domino Park ! 📸 @marc 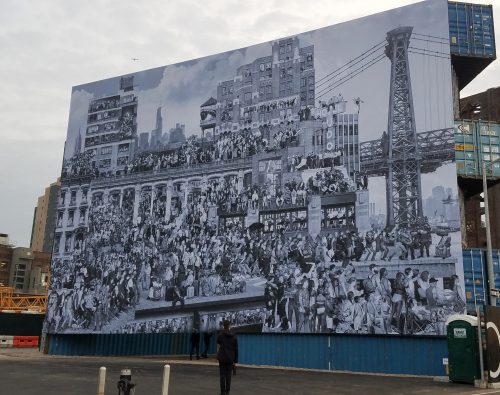