According to the agenda (available here), there will be a presentation from National Grid on the Metropolitan Natural Gas Reliability Project, which began installing 6,000 feet of new gas main stretching from Flushing Avenue to the intersection of Montrose and Manhattan Avenues as part of the larger plan to modernize its natural gas system in Brooklyn.

Construction began in October 2019, much to the ire of community activist groups who are planning a press release and demonstration outside of the CB1 meeting:

“Yet, we see no plans for National Grid present on the next phase in the pipeline still proposed, where they are asking for $190million in rate hikes for more fossil fuel infrastructure. This pipeline is bad for our health, safety, democracy and climate.

After National Grid was caught in a major corporate manipulation this year, where they withheld gas from customers to create a demand for a $1Billion Williams Pipeline that Governor Cuomo and NYS Department of Environmental Conservation has TWICE denied, we must keep the heat on National Grid to stop this bullying, be transparent about what they are doing with OUR money, and push for renewables NOW!

Another presentation from NYS Parks will provide an update on East River State Park’s projects and programming, including Smorgasburg, which some residents have complained about occupying the park and the large crowds of people the weekly food festival draws.

And another park-related presentation will cover the proposed design of the McCarren Park building currently housing the bathrooms where a future concession stand from the Brooklyn Bazaar crew is planned.

Lastly, the developers Cornell Realty Group who are behind the 200 Kent Avenue development have reportedly inked a deal with Trader Joes for the first-floor and have filed plans with the DOT to change the direction of traffic on nearby River Street to accommodate the future grocer. A traffic consultant will present on the River Street proposal.

For liquor licenses, there are seven new applications and 14 renewals to be reviewed.

As with the December CB1 meeting, the CB1 meeting will be livestreamed here. 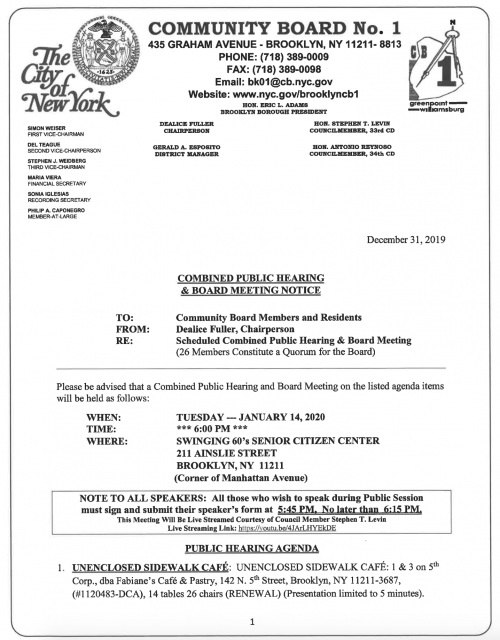 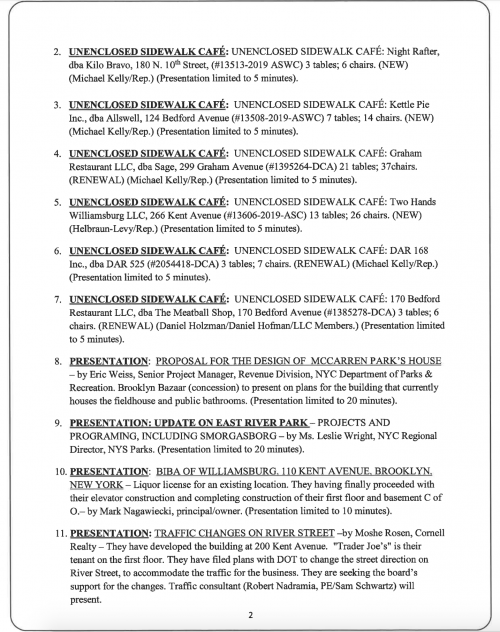 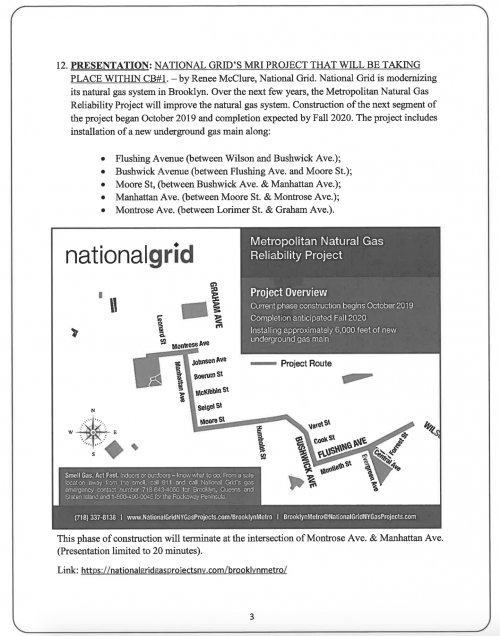 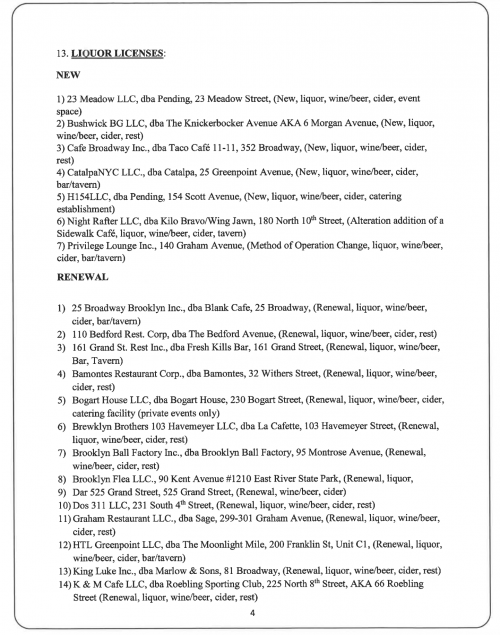 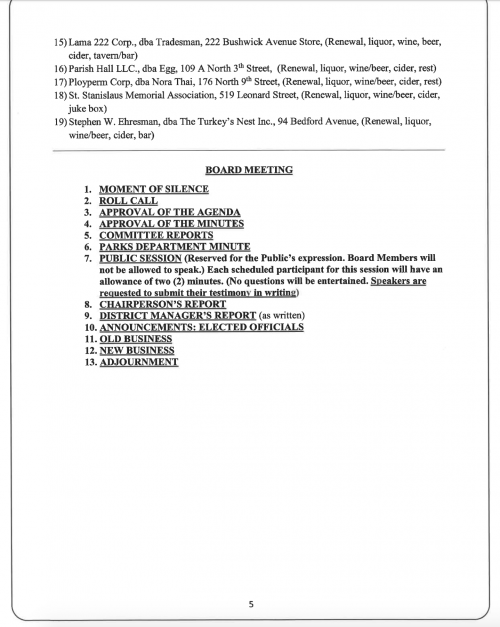