Being a local historian, I acknowledge that all of us make mistakes. The problem is when mistakes in local history become fossilized over years and people accept these errors as fact. Let’s correct a few blatant local history errors.

The first glaring example of historians getting it wrong is on the markers set up by the Landmark Preservation Commission to demark the areas within the Greenpoint Historic District. If you read the Historic District Designation Report, then you are informed about the correct historical fact that our area was developed by Neziah Bliss in the 1830s. However, the historical signposts get it wrong, claiming that the area was developed by Samuel Tilden in 1834. Tilden did develop some of the area, but he developed it in the 1850s on land he purchased from Bliss. In fact, Tilden was still In upstate New York in 1834 and did not arrive in the city until two years later.

Benjamin Solotaire, the aide to local City Council member Steven Levin, has been in touch with the Landmarks Preservation folks in an attempt to right this error, but there is still no admission that Bliss, not Tilden, developed our area. 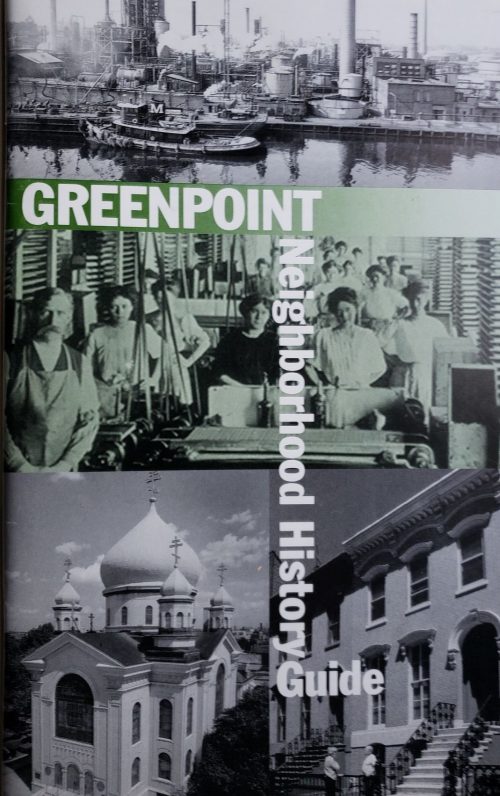 The Landmarks preservation people are not the only group making local history mistakes. The Brooklyn Historical Society also has two egregious errors in its publication about local history: Greenpoint Neighborhood History Guide. The good folks at the society put a picture of the striking Russian Orthodox cathedral at the south end of McCarren Park on the guide’s cover. Sorry, but that church is in Williamsburg, not Greenpoint. To add insult to injury the author Marcia Reiss adds a picture of a church on Meserole Street, which you well know is in Williamsburg, not Greenpoint. We have Meserole Avenue, not Meserole Street.

One of the more gobsmacking errors has recently been corrected. Wikipedia identified the legendary bank robber Willie Sutton as a Greenpointer. Sutton was born near the Navy Yard on Nassau Street, not locally on Nassau Avenue. The mistake did, however, lead to a local eatery being named Slick Willie’s in honor of the legendary robber. A new bar on McGuinness Boulevard is set to open called “Pete’s Tavern” with an image of Peter J. McGuinness, for whom the Boulevard was named. One might assume that Pete himself chugged beers locally, but McGuinness never drank alcohol, so his image inside Pete’s Tavern is quite misleading.

We have a duty to our posterity to pass local history on correctly. All historians, myself included, make errors, but we must correct the errors we make. Hopefully, we will see changes in the historic markers and a revised Greenpoint Local History Guide from the Brooklyn Historical Society.