The ground underneath the NuHart site is contaminated with an estimated 40,000 to 60,000 gallons of phthalates, which have begun migrating off site in a plume, toward the proposed school site. We will not be completely certain of the precise volume of phthalates under the NuHart site until the remediation begins. Phthalates are particularly hazardous to children’s health and have been implicated in negative infant and child health conditions like reduced gestational growth, asthma and issues with neurological and reproductive systems.1 Researchers and government agencies, including here in New York City, have strongly cautioned parents to reduce their children’s exposure to these highly toxic chemicals. These chemicals are so toxic they have been banned in children’s toys. The site is also contaminated with trichloroethylene (TCE), a known carcinogen that can have serious effects on both long and short term health. These chemicals have been found in the soil, ground water and soil vapor. Soil vapor is of particular concern because of the potential that it has to migrate off-site. 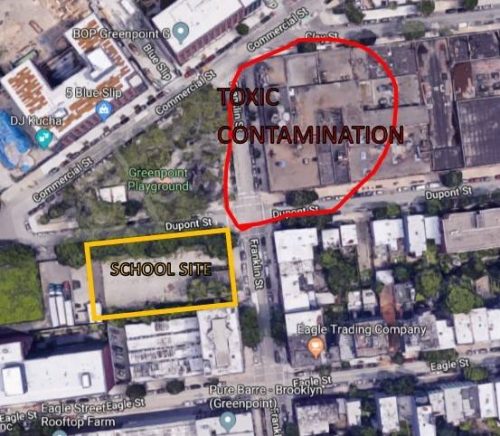 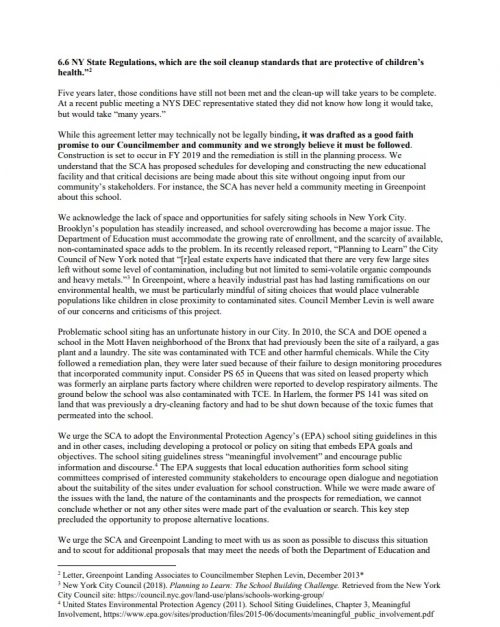 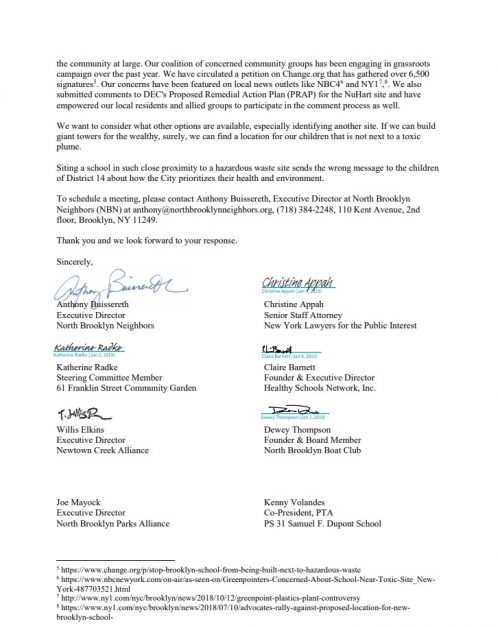 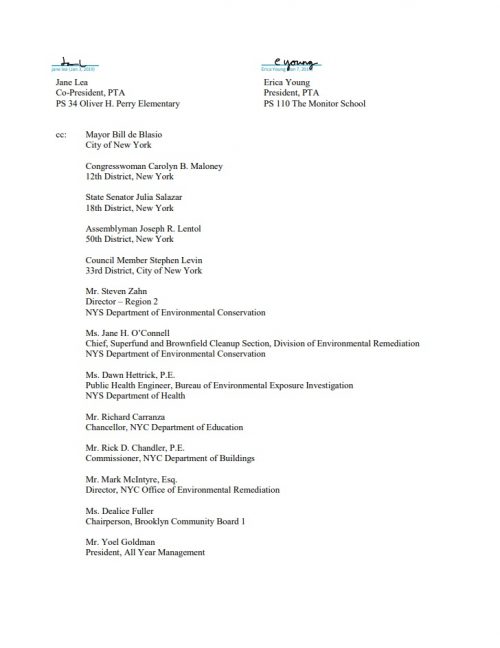