More than 100 protestors gathered Thursday afternoon in front of Tommy’s Tavern (1041 Manhattan Ave.), a local dive bar on Manhattan Avenue, to condemn the owner’s recent behavior towards a black woman.

Kira, a black woman who works in Greenpoint, says that she was waiting at a bus stop across the street from the bar on June 7th when the owner, Thomas Kaminski, told her she “shouldn’t be here.”

Kaminski bragged about how he had more money than her and yelled about ‘Black Lives Matter protests’ in his neighborhood, at one point flipping her the bird, she alleges.

I was on the phone minding my god damn business waiting for the bus when this ASSHOLE pulled up from around the corner and started shouting and pointing at me. I was mad confused so I took my headphones off and realized he was saying something about black protestors in his

“It’s obvious in Greenpoint that I’m probably the only black person I’d see for a while,” said Kira, who declined to give her last name. “But I never felt unwelcome until that day.”

She previously spoke about the altercation a week ago in McCarren Park during one of the nightly vigils in support of the Black Lives Matter movement. After returning home from the park, she decided to organize a protest in front of the bar, which Council Member Stephen Levin’s office supported.

That’s terrible. No place in our neighborhood for that bs. I live around the corner. I’m very sorry.

“Racism has no place in our district and we will not stand for it,” said the Council Member in a statement.

Members of the protest were also unflinching in their criticisms of Kaminksi. END_OF_DOCUMENT_TOKEN_TO_BE_REPLACED 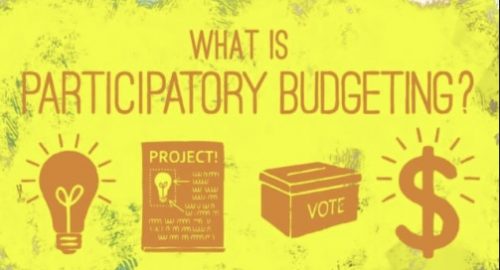 Participatory budgeting — the community-lead budgeting process that funds $1.5 million in neighborhood projects — is back for the ninth cycle, and you can submit ideas here.

All ideas must be submitted by Friday, October 11, to be considered for the next ballot, according to the PB website: END_OF_DOCUMENT_TOKEN_TO_BE_REPLACED 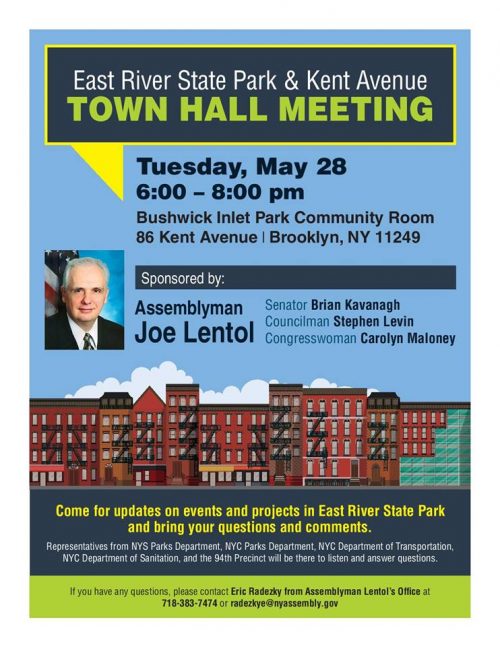 Voting for Participatory Budgeting, the NYC program where residents vote on how to allocate $1.5 million in funding for projects conceived and pitched by locals, will take place between March 30th – April 7th. Here’s the list of District 33 poll sites.

There are two ballots to vote for three out of seven expense projects ($20,000 total) and five out of nine capital projects ($1.5 million total).

The ground underneath the NuHart site is contaminated with an estimated 40,000 to 60,000 gallons of phthalates, which have begun migrating off site in a plume, toward the proposed school site. We will not be completely certain of the precise volume of phthalates under the NuHart site until the remediation begins. Phthalates are particularly hazardous to children’s health and have been implicated in negative infant and child health conditions like reduced gestational growth, asthma and issues with neurological and reproductive systems.1 Researchers and government agencies, including here in New York City, have strongly cautioned parents to reduce their children’s exposure to these highly toxic chemicals. These chemicals are so toxic they have been banned in children’s toys. The site is also contaminated with trichloroethylene (TCE), a known carcinogen that can have serious effects on both long and short term health. These chemicals have been found in the soil, ground water and soil vapor. Soil vapor is of particular concern because of the potential that it has to migrate off-site. END_OF_DOCUMENT_TOKEN_TO_BE_REPLACED

While local residents are not currently a risk for exposure at the moment while the toxins remain more than 10 feet underground, the cleanup process is supposed to start following the demolition of the building which could start later this year following approval of the proposal of the cleanup plan by the state. END_OF_DOCUMENT_TOKEN_TO_BE_REPLACED

New York City Council Member Stephen Levin will hold a public meeting to hear feedback from Greenpoint parents on the plans to build a 600-seat elementary school on a vacant lot across the street from the Nuhart Plastics Superfund site (280 Franklin St.), which will be remediated in the next few years after the proposed cleanup plan (PDF) is approved. The meeting will take place on Thursday, Nov. 8, at 7:30 p.m. at the Dupont Senior Center (80 Dupont St.). The school would take around three to five years to complete following approval. END_OF_DOCUMENT_TOKEN_TO_BE_REPLACED

If you prefer to lament, or compliment, the cleanup plan in the company of your neighbors, then you’re in luck: North Brooklyn Neighbors and NYC Council Member Stephen Levin are hosting a comment-athon this Wed. Oct. 24, from 6 p.m. to 8 p.m. at Threes Brewing (113 Franklin St.). END_OF_DOCUMENT_TOKEN_TO_BE_REPLACED