There are few regions of New York City that can match North Brooklyn for its history of metal casting. Many of New York’s most iconic pieces of cast iron, steel and bronze were cast locally. Metal casting was one of the five black arts that shaped North Brooklyn’s industrial era. These black arts also included oil refining, porcelain making, paper production and glass blowing. Even today local foundries continue to create different kinds of metal objects locally. Sadly, even local history enthusiasts do not know the major achievements of local metal fabrication. It is a proud history our area should reclaim.

Most people can identify one of Greenpoint’s most famous metal objects: the ironclad battleship, the United States Ship Monitor, which was built in an amazing 101 days at the Continental Iron Works on Quay Street. The ships’ thick iron turret repelled cannon shots and saved the union in the battle of Hampton Roads in 1862. What you might not know is that many other monitor type ships were also built there and during the Civil War 1,500 men worked around the clock building these iron battleships, but there were many other local non-military achievements in metal.

The Brooklyn Bridge also used the work of local foundries. The bridge architects designed huge caissons, massive iron boxes built by a local firm. John Roebling, the bridge’s architect, designed them in 1868, giving the demanding contract to the shipbuilding firm Webb and Bell, located at the foot of Milton Street. Building these massive objects itself was a daunting engineering feat. Nothing like them had ever been built before. There was one for each bridge tower and each weighed an amazing 3,000 tons, larger than any object ever sunk into the ground before. The caissons were 168 feet long and 103 feet wide, an area covering half a city block. Each contained 110, 000 cubic feet of timber and 250 feet of iron with iron walls and a ceiling six feet thick.

Webb and Bell insisted on being paid $100, 000 in advance for the complicated task of building them. To dig inside the caissons workers needed air and the caissons were built with a revolutionary new technology: airlocks made of one-half inch boilerplates, seven feet by six and a half inches in diameter. Due to their enormous size, the massive caissons had to be built in parts and then welded together at the foot of the bridge.

Finally, in May 1870 the caissons were ready to be pulled down the river by two tugboats. They hoped to float them down the river, but launching such heavy objects into the East River was a major engineering problem. Webb and Bell had to build seven launch ways so that these massive objects could reach the river. Thousands of Greenpointers turned out to witness their launch into the river. Huge cheers arose from the throngs assembled along the East River as the caissons hit the water and did not sink. They were then towed the five miles down the East River to the bridge construction site. 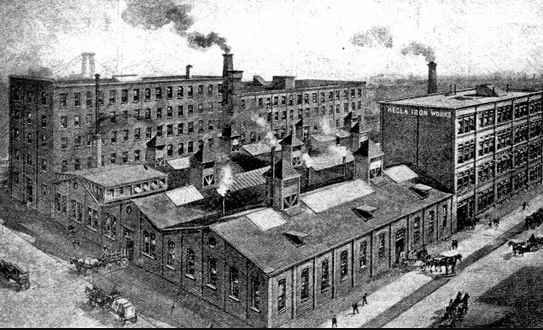 Some Greenpointers might also be surprised that some of the city’s most beautiful cast iron facades in were also cast locally. The Hecla Architectural Iron Works occupied 35 city lots located between N. 10th Street and N. 12th Street between Wythe Avenue and Berry Street and employed 1,000 workers in its various departments. Founded by two Scandinavian immigrants, Niels Poulson of Denmark and Charles Eger from Norway, the firm has become legendary for its graceful creations 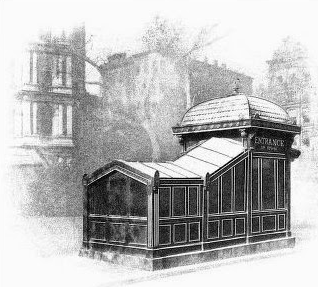 Local foundries crafted many of the most famous bronze sculptures cast in the United States in the early 20th century. Perhaps the most famous sculpture ever cast in Greenpoint is the massive Iwo Jima Memorial, which was created at The Bedi-Makky building at 227 India Street. Working six days a week for three years, seven local men constructed what was then the world’s largest bronze sculpture. The memorial was huge: 78 feet high and over 100 tons. The same firm also cast the iconic bull on Wall Street and the FDNY Memorial near Ground Zero. Beddi Makky remains the only foundry dedicated solely to art in New York City. 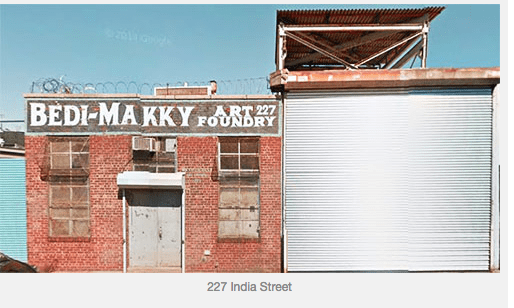 Milgo Bufkin is a long established local foundry on Lombardy Street that has evolved from a small metal shop with one press brake and a handful of employees in 1916 to one of the world’s foremost fabricators of custom metal and fine sculpture. The firm has for more than 90 years fabricated fine metalwork for buildings that define the New York skyline, cities throughout the country and even around the world. From sculptures in Paris to glittering metal canopies on Fifth Avenue boutiques MILGO/BUFKIN’s unique metal creations can be seen worldwide.

Local metal work has a long and illustrious history. Greenpointers should be proud of the great architectural and artistic achievements realized in this important, but unrecognized local black art.