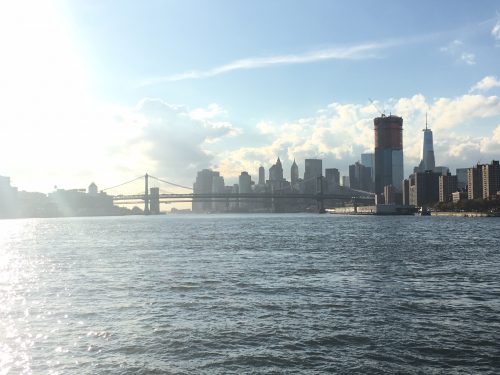 It’s a full moon this weekend, y’all. So embrace your best self and stay optimistic and support the local arts community, ya feel?

what sometimes feels stable and forever may be gone tomorrow, so enjoy today! 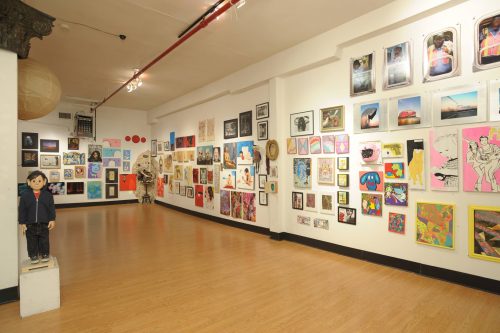 This open call exhibition is curated by Shawn James and tonight’s selected Best in Show artist wins $200 and a solo exhibition. This show is one night only, across two floors of the gallery, and features a lineup of local bands and musicians including Joe Krzyzewski, Jim Saint-Amour, Hanford Reach, Hoag & the Weasel, Castle Black. 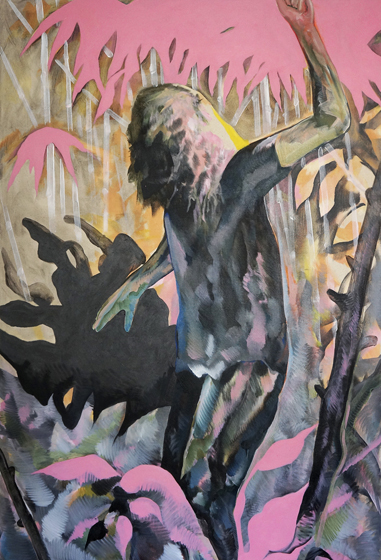 Guy Nelson is a Midwesterner, who grew up surrounded by nature. For this reason, he doesn’t romanticize the natural world as a place of transcendence, but sees it as a familiar environment that functions as a kind of Rorschach test; the longer you stare and wonder, the more your mind makes of the twisting branches in the long shadows of a late fall day.

From this close attention, Nelson has created a world of blurred demons and shadowy creatures, myths that emanate from the mouths of old hunters, whether to scare children or just to keep their minds busy while waiting in the brush. Myths in his work speak to a greater truth of the natural world; it is a place both unsentimental and mysterious, where life and death pass with very little care for human context. There is a grim undertone to Nelson’s oft-repeated motifs that, like their subject, tantalizingly suggest meaning before disappearing through the trees like a morning’s mist. 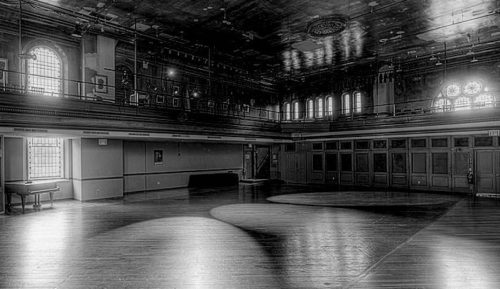 Saturday, December 2nd, Byron Westbrook premieres Interval/Forum, his third and final piece as a 2017 ISSUE Artist-In-Residence. The work completes a series of conceptual environments that collaborate with audience perception and participation, making use of the theatrical setting of Irondale Arts Center to focus and expand the perception of audience presence as a dynamic performance element.

The piece experiments with an audience situated in a large stage setting that contains sound design and periodic lighting changes. The installation-as-performance environment incorporates the filmic cut and fade techniques of coordinated light and sound framing gestures used in Interval/Habitat (at ISSUE’s 22 Boerum Theater in April, 2017), while utilizing the color washes and audience illumination explored in Threshold Variations (at Abrons Art Center in September, 2017). The cohesion between these techniques aims to shift the social orientation of space dynamically between levels of “incidental” and “focused.” Sound is approached as architectural, using found sound, sound effects, white noise and contemporary music to create illusory audio design in the space, functioning in conjunction with technical lighting.

The piece places an emphasis on both visual and social “afterimages” where there is a cognitive and collective response to abrupt scene changes, allowing room for emergent audience response to the unpredictability of the environment.

The performance-as-installation runs from 8 to 10pm. Attendees are encouraged to arrive at any time during the duration of the piece, as well as move throughout the space, enter, and exit freely.

Event listings submissions may be sent to Art [at] Greenpointers.com