The French dance-pop group Yelle played sold-out shows this past weekend, packing the house at Rough Trade (64 N 9th St) on the Brooklyn stop of their Yelle Dance Party Tour. They filled the space with electric synth sounds topped with sweet-sounding vocals and over-the-top energy. The band was supported by the alt-pop Brooklyn-based duo Glassio for all three nights.

The très chic vocalist Julie Budet had the audience bouncing around, dancing and singing along in an obscure mix of French and something resembling French. One of their newly released singles ‘Interpassion‘, touches on their international appeal with lyrics, “Hey, I speak a little bit, you don’t understand, but I speak a little bit, and I’m sure you are my friend.” Crowd favorites, “Que veux-tu” and album namesakes “Safari Disco Club” and “Complètement fou” along with spurts of choreography got everyone pumped up. 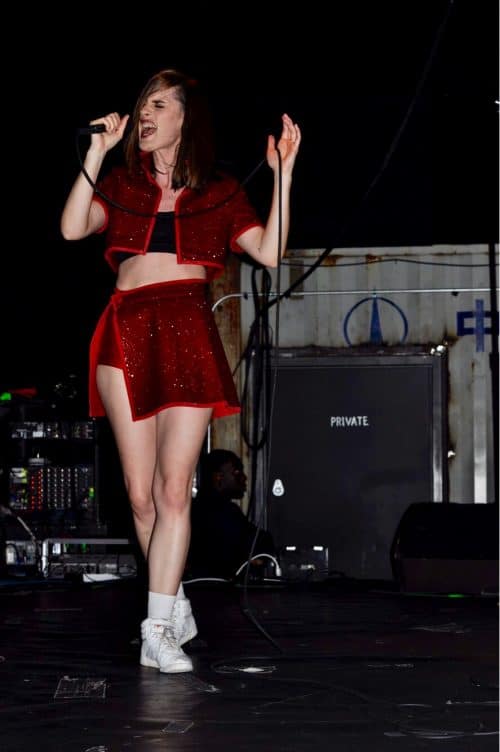 Dressed in a red sequined outfit and white sneakers and flanked by two modern-day skeletons, Budet embodied a pop sensation elating the crowd with her high energy and positive spirit. Saturday’s show got a brief interlude of comedic relief from GrandMarnier that kept the audience lively during the break. One lucky audience member was selected to jump on stage with the band to assist with vocalizing the baseline beat. First time live audience member, but long time fan and artist Cara Dzuricky said, “Yelle had great energy. It felt like I had gone back to the blog parties of ’08. Like The Cobrasnake.” 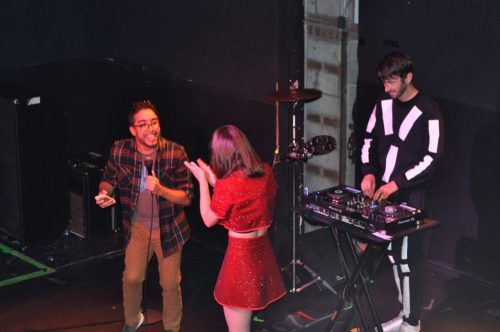 Julie Budet and Jean-François Perrier (aka GrandMarnier) comprise the group Yelle (along with touring member Julien Tinéand) will continue the Yelle Dance Party tour across North America through November. The small-club tour is a prelude to their upcoming album due out in 2018. They’ve released three new singles since Complètement fou (Kemosabe Records, 2014), “Ici & Maintenant (Here & Now)” and “Interpassion”, along with a video for “Romeo”.

If you happened to miss all three Brooklyn shows, you can catch them on the road in one of the cities listed below, if you can manage to get out of NYC. 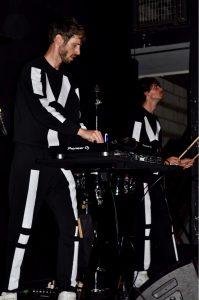