Say Hello to Beth, a New Line by In God We Trust’s Shana Tabor 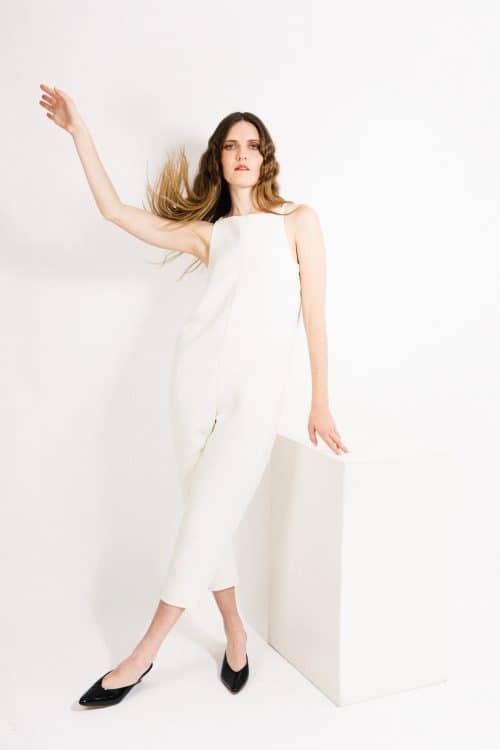 Shana Tabor is no stranger to most Greenpoint dwellers; after all she is the founder of In God We Trust (70 Greenpoint Ave), a treasured store with various locations that sell their own original jewelry and apparel. Since opening her first store back in 2005, Shana has grown personally and creatively—so it felt like the right time for her to move into something new and fresh. This freshness came to fruition in the form of Beth, a clothing line that debuts later this month, that consists of timeless staples for the contemporary woman.

Shana told Greenpointers that she started thinking about Beth a few years ago but only recently vocalized it and sprang into action. And, what’s the story behind the moniker? Beth is her middle name, so it strengthens her personal connection to this venture and shows a new side of her own personality. And Beth makes a personal connection to its customers in Brooklyn, as Shana produces the clothing either in-house in Greenpoint or in the garment district. One of the challenges she faces is that sourcing fabric locally can be tough. In an environmentally friendly push, Beth is crafted from “natural fibers such as wool, linens” and that instead of using new fabric, she often attempts to source re-usable fabrics and textiles in the garment district.

She enjoys the community of designers that Brooklyn is home to and being able to connect with them throughout the entire process of launching a line. When asked what the payoff is from all of this added work, Tabor smiles and replies, “…no idea.” But after thinking about it further, she settles on the fact that working on Beth does “…expand on my creativity and leads to me talking with other designers. [the big payoff of Beth is to] Keep it fresh.” 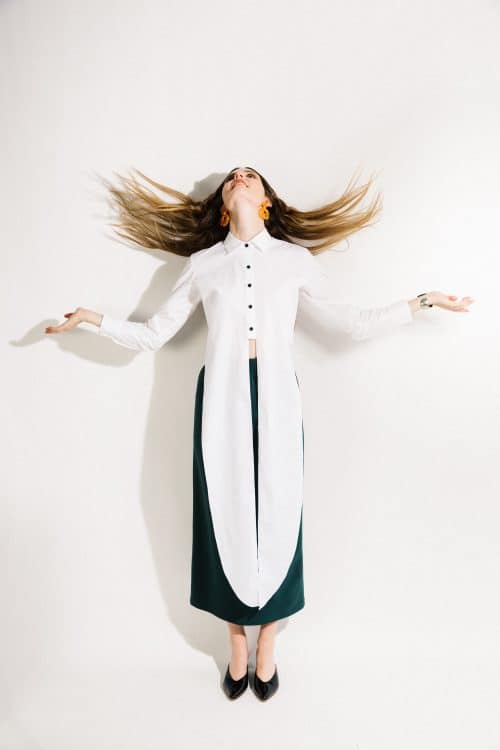 Shana says that while her long-term motivation comes from acknowledging that her job is “fun, awesome and super satisfying,” that alone is not enough incentive. Her business ambition was ramping up after having children, since she realized how important it was to cherish her time at work. Running IGWT and now Beth allows her to balance her family life, which leaves her feeling more connected to her business than ever before. 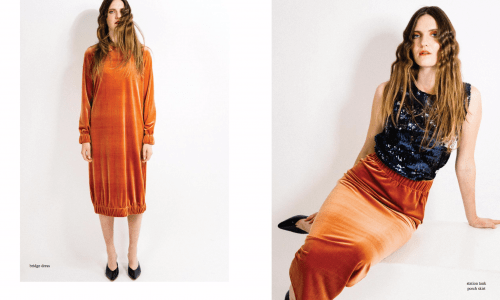 Artistically, she’s inspired by street art and social media, which once again results in mixed feelings. Her favorite way to get inspired is to see something that isn’t really what it is and then create the vision she saw in the first place, an illusion of sorts. For example, thinking that someone is wearing earrings when realizing that it is actually just the way the light hits where her hair is placed, creating shadows on her ear. Those are the aha! moments Shana lives for. 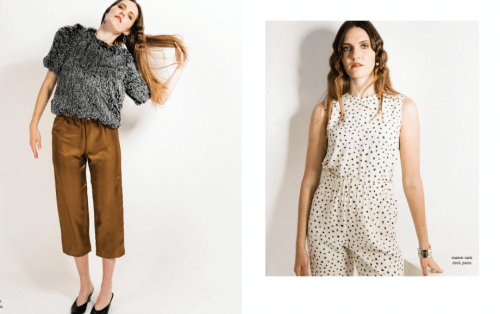 Shana has called Williamsburg home since 1999, choosing to settle by Graham Ave, which crosses into Greenpoint territory. While she has mixed feelings about seeing neighborhoods change (including in Portland where the latest IGWT opened), she loves the sense of community and the families that remain generation after generation, holding on through the change. Her favorite local spots include 21 Greenpoint (21 Greenpoint Ave)—which she also loved as River Styx—, Ramona (113 Franklin St)—”hands down the best bar in general”—, and Homecoming (107 Franklin St)—where she spends way too much time.
You can find Shana Tabor’s new line Beth at In God We Trust (70 Greenpoint Avenue).

Carolina writes about contemporary art, style and other lifestyle related subjects. She also works in branding, photo shoot producing and creative directing all around NYC.
View all posts by Carolina Mesarina →