The Golden Age of the Mature Hipster: 70s-inspired Dreampop From Williamsburg’s Glass Valley

Williamsburg-based singer/songwriter, and dark-humored Brad Cantor released his first solo album a couple weeks ago, under the moniker Glass Valley. The 60s and 70s-inpired dreampop album—which takes a few whispery pages from Velvet Underground and Elliott Smith—brings you on one man’s journey as he closes the door on his 30s and enters his 40s. Brad, a self-proclaimed “aging Brooklyn hipster,” wrote 22 songs after a trip to Joshua Tree, where he had time to reflect on the past decade of his life. When he returned to Brooklyn, the songs quickly poured out in an emotional stream of consciousness, and nine of them made it onto his debut album An Intimate Man. There’s a section in the track Young Hip and Old where he croons, “Everything’s gotten boring and we lost our way. Every party feels so forced, we ran out of things to say. The nights got less glamorous as our friends starting dropping off,” reflecting his stunted coming of age in early 2000s Brooklyn.

I chatted with Brad about how, in the music world it’s a little unusual for anyone to release their first album at age 40. “We don’t value older artists,” Brad says. “We don’t value their creativity. We don’t value their experience.” There’s a general consensus that when you’re younger you “embrace the craziness and rash decision making,” and as you age, you slowly shut down the most creative parts of your brain. “Fear makes people say things like that,” Brad says. So while on this album he may be resigning himself to getting older (on Golden Age: “It’s romantic to think that we’ll conquer the world, But most roads lead to rust belt cities, and gray rivers flow to dead ports, while strip malls decay in neglected suburbs. There was never a golden age, but life has a way of making it seem that way”), the brilliantly-executed record as a whole defies the idea that creativity fades after people reach a certain age. 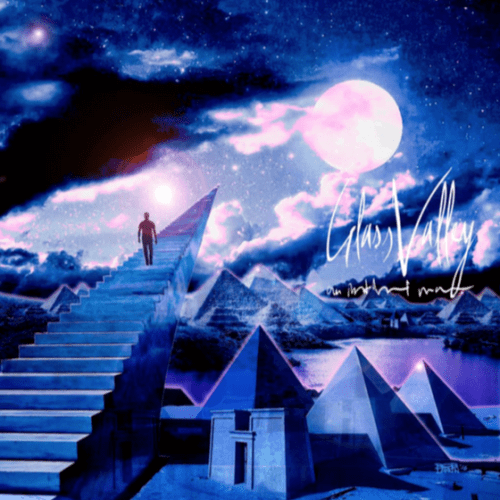 Brad grew up playing music since he was a kid, and a lot of it was experimental, influenced by NY 90s Hardcore. He’s played in bands with a range of styles: punk and noise, art rock, and electropop, and written music for Bolivian horror films. The album has a different vibe from any of his other projects—and sounds like it comes from someone who’s got real chops not only because Brad is a talented songwriter, but also because he tapped experienced musicians to play various parts: it was mixed by James Hanna, guitarist of the now defunct Asobi Seksu, and both Brad and Hanna produced the album.

The video for Golden Age uses grainy and faded 1960s footage of carnivorous plants as a backdrop for a greenscreened man (Brad, donning a turtleneck and throwback glasses) and woman, who stare at each other knowingly and longingly. The song itself sounds a bit serious, but there’s a ridiculous dark humor and absurdity to the video. The fantastical album cover was illustrated by Bob Larkin, a veteran comic book artist. Brad remarks that he doesn’t want to take Glass Valley too seriously, as a “funny counterpoint to the self-consciousness of being so maudlin.” And perhaps as a bit of a backhanded f-you to the social media afflicted youth of today, it’s worth noting that he’s decided to open the Glass Valley Instagram account to the public: Username—glassvalleyvoid, Password—everythingeverywhere.

Several years ago at the ripe young age of 34, Brad was complaining to his father about getting older (well, growing up), becoming alienated in his Brooklyn neighborhood and watching the younger crowd come in and change the music scene. But his father said this: “What I wouldn’t do to be 34 again. You have plenty of time.”