Everyone is discussing all the restaurant closings happening along the Franklin Street corridor. Hail Mary’s shutter this past weekend was just the latest, but this has been happening since before the holidays aka the time of year many restaurants are able to get into the black. There are a multitude of reasons why this is occurring, most of them not really within our control. The bright side of this predicament is it allows new spots to open up and for new neighborhood faces to try to win us over. One such example is the limited time only Threes Brewing pop-up in the old Cassette space (113 Franklin St.). 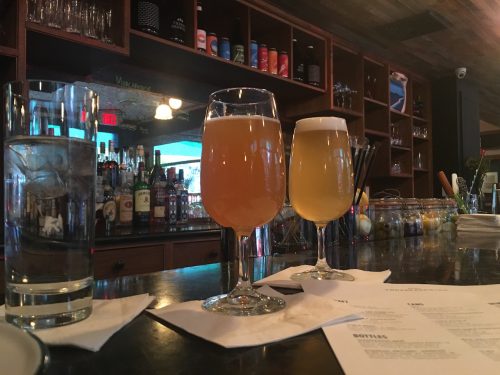 Threes Brewing has been one of the Brooklyn craft brewery success stories. They opened in December 2014 at 333 Douglas Street in Boerum Hill and quickly became one of the leaders in the industry. Their craft brews continually draw accolades from critics, while still being very approachable to newbies. The brewery tends to focus on lagers, farmhouse ales (saisons), and hop-American ales (IPAs), but you will find other styles like stouts and brett scattered throughout their offerings. They’re calling this little pop-up, end date to be determined, “Threes @ Franklin & Kent.” 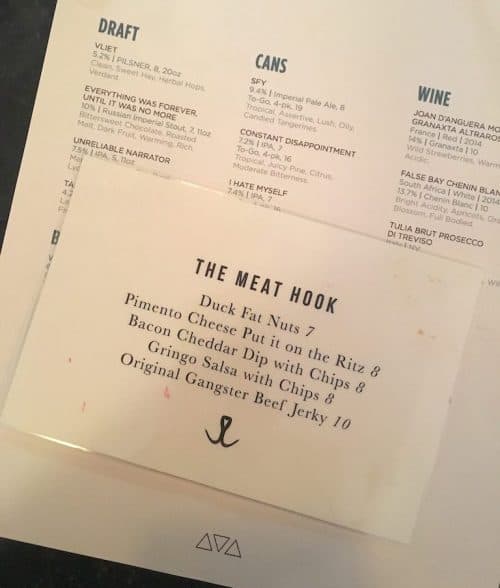 The space was still set-up as if for Cassette’s dinner service when I stopped by last weekend. A friend and I decided to sit at the bar like “real” beer drinkers, though the plants and two tops give the whole place a bistro feel, making it a great weekend afternoon option for anyone wanting a quiet, relaxing drink. All bottles, cans, and drafts are, of course, from Threes. The beloved Vliet pilsner and Unreliable Narrator, a classic IPA, make appearances as two of the four drafts and as two of the six can options. The plan is to have everything rotate, but last week’s menu included Everything was Forever, Until It was No More (a Russian imperial stout) and Table Beer (a saison) on draft, while Wandering Bine, a foudre-fermented saison, and Eternal Return: Apricot, a brett beer with apricots, were in bottles. The cans list is very IPA-heavy if Unreliable Narrator isn’t your jam. Those bottles and cans are available to take home. I stuck with my preferred Unreliable Narrator while my friend hopped around a bit, and everything tasted just like it does down in Boerum Hill. 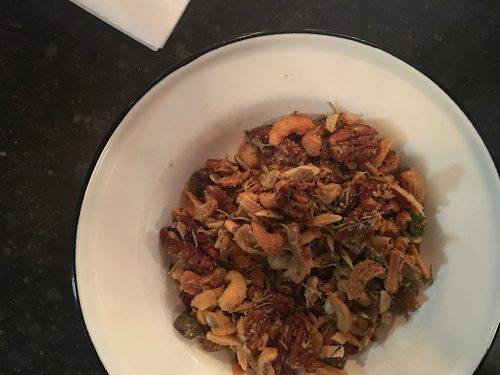 What I will say is don’t go the pop-up looking for a real meal. After many rotating food vendors, the main Threes has been working with our neighborhood friends at The Meat Hook for a while now. The butcher also makes an appearance here, but even though there’s a kitchen, it’s not really in use. What you will find are bar snacks—really good bar snacks—but still, bar snacks. I filled up on a bowl of rich Duck Fat Nuts full of crispy rosemary ($7) alongside a heaping helping of Pimento Cheese with potato chips (it usually comes with classic Ritz; $8). Other menu items include beef jerky, bacon cheddar dips, and salsa with chips. I hope that, should Threes decide to stay, the kitchen will open for burgers and sandwiches because, like we’ve all been discussing, what we desperately need are more places to eat on Franklin Street. Visiting breweries are also very welcome.