May Days with Club Beats, and Jazz Among the Ruins: Red Bull Music Festival Preview

Anyone who hung out around the waterfront near Pop’s Popular Clothing last summer knows that that area is suddenly humming.

The rooftop bar at Northern Territory is popular with out-of-towners, and The Diamond‘s lovely backyard is a block away.

But that doesn’t explain the pumping outdoor sound stages around there, and grown-ups buzzing around on tiny trick bikes.

That’s all House of Vans. They host outdoor events in the summer, and Red Bull is a sponsor.

As everyone knows, R.B. & vodka is the go-to drink of the American Psycho and Wall Street 2: Money Never Sleeps crowd, so it’s quirky but good that the company’s always liked skaters too.

Here’s a preview of local shows that are part of the Red Bull-branded festival.

First up are DJ sets at The Good Room on May 7th, May 14th at the 592 Johnson Ave. performance space in Bushwick, and May 22nd in Fort Greene, for electronica fans.

The Good Room night focuses on pure techno discipline. It is what that venue’s cozy size and solid-state sound system is all about, hearing top talent where the DJ doesn’t have to dumb things down for a huge tripping crowd.

But no need for me to be so earnest about it. Go ahead, shout out the names of the scheduled techno acts using your thickest German accent:

The May 14th show at 592 Johnson Ave. is all about “underground” producers like Galcher Lustwerk (house music) and Discwoman (techno), as well as Max McFerren, Bookworms, DUST, Via App, Aurora Halal, and Ital. Video projections are by Torn Hawk.

And on May 22nd, the festival is running a party called “Last Night A DJ Saved My Soul,” featuring gospel twisted ‘n screwed by Floorplan, DJ Pierre, and “King of Gospel House” Kenny Bobien, among others. Here is a YouTube playlist highlighting some of the acts.

The party takes place at the Limelight-looking church at 257 Washington Ave. in Fort Greene. You can take the G train there to the Clinton-Washington stop.

Moving on to favorite pursuits: If you love exploring exotic food in the city, but are stuck with a crate-digger DJ girlfriend who thinks Twinkies are an exciting lunch option, you might face some tension in your relationship. You can both be happy when outdoor food court Smorgasburg hosts the Brooklyn Flea Record Fair on May 14th, as part of the festival.

Frankly, though, the Smorgasburg lines have been reasonable this summer so far, and they have new vendors to discover. (Yeah as though you really plan on doing anything but hang out at its beer court all afternoon).

On a final note, the festival provides a rare treat for jazz lovers in Greenpoint. The masterful Kamasi Washington and Pharoah Sanders take over Greenpoint Terminal Warehouse on May 8th at 7 pm. Sanders will be playing with the Sun Ra Arkestra.

The jazz is sold out, but anyone who has physically been near and seen the Terminal knows it’s going to leak acoustically like a sieve. 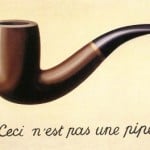 So I recommend if it’s a nice day you take some lovely provisions and ideally a folding chaise to the Terminal’s adjacent park across from the Word bookstore. You will still be able to hear the concert there, and enjoy the 420-friendly crowd that is sure to gather.