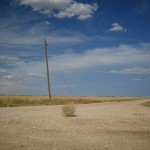 It’s that time of year when it seems like every band in Brooklyn has decamped for the South by Southwest festival in Texas.

Without large audiences and crowded band lineups around town these days, it’s a chance for introspective music to have its moment.

It’s a good time to hear bands live that unravel themselves slowly, and open your mind to a broad landscape.

Even our punk pick this week is more suited to chill California than the inside of a dark New York bar. 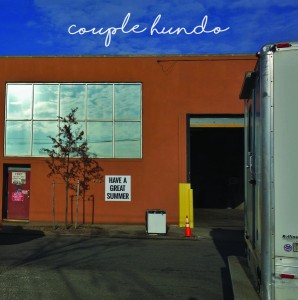 That punk pick is Couple Hundo, playing Saturday (3/19) at Legion Bar in East Williamsburg on Metropolitan. If you’ve been seeing too much angry stuff at St. Vitus, you’ll appreciate their good cheer.

They even named their album Have A Great Summer. That’s pretty polite for a Brooklyn-based band.

If you’re in the mood for something even more mellow, Chris Forsyth and the Solar Motel Band are playing Saturday night at Trans-Pecos in Bushwick.

Doors open at 8, and you can buy $12 tickets in advance here to avoid trekking down to Trans-Pecos and facing a sellout. (You take the L to the Halsey stop. Is that like a real place? OK enough teasing our Bushwick/Ridgewood friends, it’s only 5 minutes further than East Willy on the train).

Here’s a typical example of Forsyth’s long, winding, but pleasing work on the electric guitar.

Finally, on Sunday (3/20), you have the chance to catch probably the best metal band in Brooklyn these days, Sannhet. They usually play St. Vitus — they’re signed to the club’s label — but those shows often sell out. Sunday they will be at Union Pool instead, as the last act performing. It’s a benefit for the PS 34 PTA, and it’s only 10 bucks.

Here‘s a link to their atmospheric, muscular songs, but let’s dwell for a moment on how sweet it is that the local Parent-Teacher Association holds a benefit featuring a metal band. It’s a nice reminder of why we choose to live in Greenpoint.