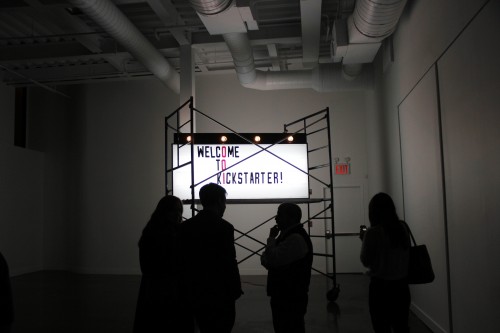 A few weeks back, Kickstarter opened its new Greenpoint office for a Creators Open House, revealing a beautiful renovation reflective of the many warehouse conversions in our neighborhood. Though factory aesthetics are a dime a dozen in North Brooklyn, this headquarters stands out, with a theater (Kickstarter has successfully funded 13,368 film and video projects to date), an art gallery (they hope to host exhibits for aspiring artists), a sprawling recreational and kitchen area with a long bar and seating booths, and a terrarium-like nature insertion between glass and wood walls. And that’s just the first floor. 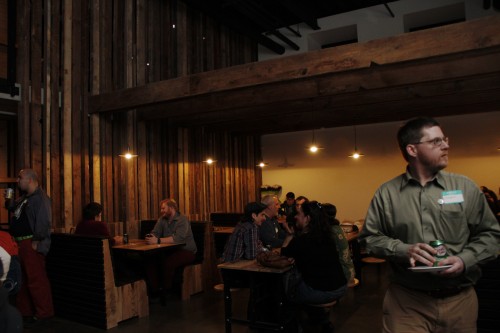 Kickstarter purchased the run-down Pencil Factory building two years ago and has been renovating the property ever since. The open house debut revealed a space with industrial bones and a fresh look that’s wholly of the present. Clean lines, reclaimed wood, and a wide, open floor plan made the ease of socializing feel like a deliberate header in the building’s blueprint; it’s a comfortable place to collaborate, brainstorm, or spend a moment of the day in repose over a cup of coffee.

The ground floor functions as part-time creative space for some of Kickstarter’s current projects, part gathering and events space for staff, and part exhibition center for the creative community. Offices, the decidedly roomy kind, can be found on the floors above. Many of the building’s uses will evolve as Kickstarter continues to set down roots in the neighborhood and grow, and it was clear that those in attendance at the Open House were curious and optimistic. I arrived armed with a simple question for the established and growing startup: why Greenpoint? 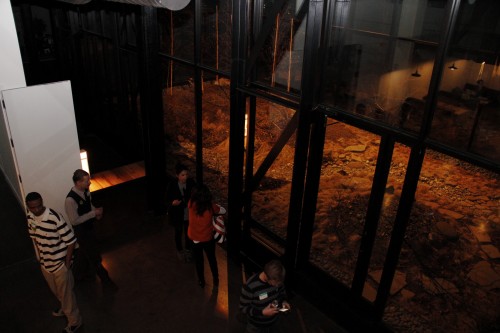 Kickstarter Head of Communications and longtime Greenpoint resident, Michael McGregor, summed it up: “Greenpoint is an amazing neighborhood. A lot of people on the team have lived here for a long time, and there are a lot of creative people around. It’s amazing to be a short walk from Triple Canopy and Light Industry, whose space was funded through a Kickstarter project a few years ago. New things pop up all the time — I just ate at Lucky Luna, which is a block away from my apartment, and one of the best new restaurants in Greenpoint (They ran a Kickstarter project earlier this year).  We also love that we are in a Pencil Factory building — the pencils made here were the favorite tools of incredible authors like John Steinbeck. Since we think of Kickstarter as a tool for creative people, it’s a great heritage.”

Welcome to the neighborhood, Kickstarter. We hope to return soon… for an office tour, perhaps? 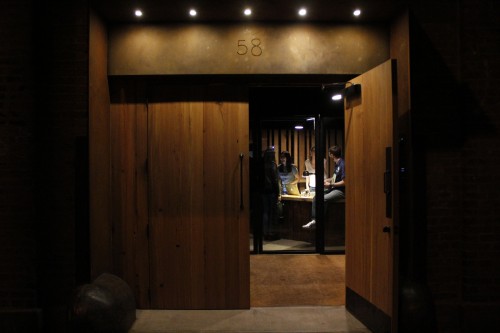