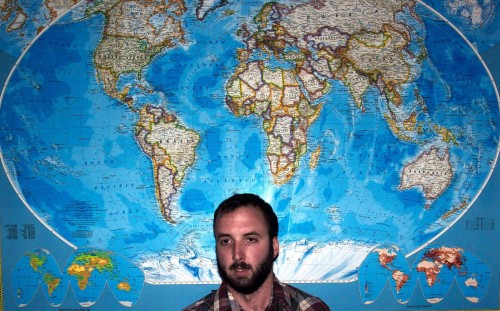 Folk superman Kyle Wall AKA Wharfer crafts some of the most elegant, haunting acoustic-orgasmic tunes. Today he shares some powerful numbers with his neighbors. Ready for some front porch jams that carry you from your front stoop reality? Giddy up.

Wall says of the mix:

In the year or so before recording my first album under the name Wharfer, several of my friends and ex-bandmates were involved in relatively ancient styles of music — western swing, gypsy jazz, old-timey country  and traditional folk. I started to get obsessed with all of it and all the genres heavily influenced the songwriting and recording for The Rattling.

Don’t know about y’all, but I’m thirsty for another whiskey.

Are you a Greenpoint-based musician? Then submit for a chance for us to feature your music and impeccable taste.

Beca is fueled by shoegaze and vodka. She regularly contributes to Paste Magazine, VICE, Brooklyn Magazine and others. If you see her on the streets of Greenpoint, hand her anything with guacamole and she might kiss you on the mouth.
View all posts by Beca →