Progress on Kickstarter’s forthcoming Greenpoint HQ at the old Pencil Factory on Kent Street has been ongoing, but perceptible improvements have been hard to report for the last few months.

Well that and my lack of snooping around… 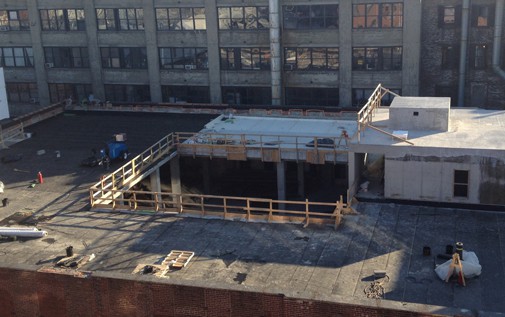 Architect Ole Sondresen has released a portfolio for the Kickstarter project. Visit the link to see an illustrated rendering of what their vision for the roof deck/courtyard seen above will morph into.

This isn’t the only urban design project Kickstarter is getting behind. Check out these 6 recent Kickstarter projects for cities from This Big City.

Bringing you the Green in Greenpoint.
View all posts by Nathaniel Z →