There’s A Workshop On The Female Orgasm, & You Should Totally Come! (Friday, 11/3) 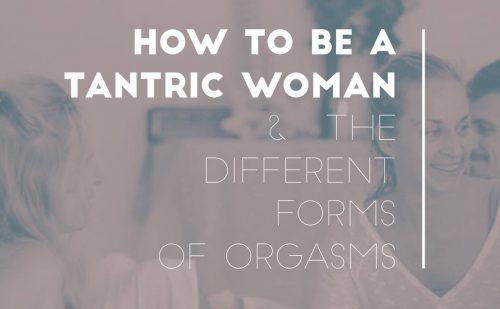 Narayana Integrative Center (191 Nassau Ave) is hosting a stimulating workshop for women and men on Friday October 13th from 7-930pm, where you can dive deeper into what’s really happening “down there”—turns out, there’s much to be explored. Tantric experts Suriya and Gyanmurti will guide you through a discussion on female pleasure and vulnerability, while describing the various types of female orgasms and ways for a supportive partner to help his or her partner reach them. Tantric sex is widely known as a way to expand your consciousness and connection with your partner while achieving sensations that are out of this realm (really!). I’ll have what she’s having. Sign up here ($45 energy exchange). END_OF_DOCUMENT_TOKEN_TO_BE_REPLACED

Get a Painted Portrait Of Your Boobs/Knockers/Hoots/Jubblies This Thursday at Nightboob! 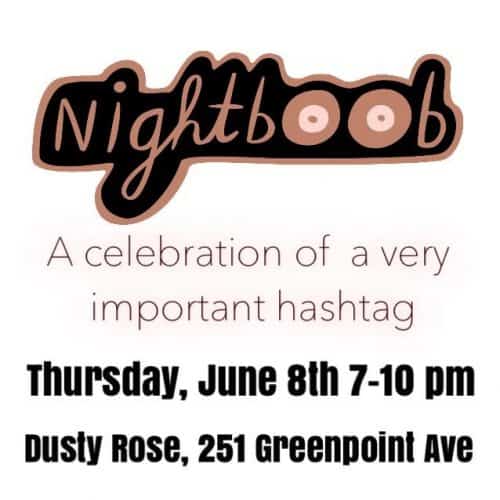 Dusty Rose (251 Greenpoint Ave) is hosting a show this Thursday night (7-10pm) for local and national artists offering their interpretation on the theme of #Nightboob. 15% of all sales that night will go to Komen Greater NYC, an organization that helps a diverse range of women get help with breast cancer screening, treatment, and more. Just as importantly, there will be private boob portraits painted by the talented Akane Ogura (who was doing face portraits this weekend during Greenpoint Open Studios), live screenprinting, music by Mur and adult beverages.

END_OF_DOCUMENT_TOKEN_TO_BE_REPLACED

New Women Space (188 Woodpoint Road, 1A) is an amazing new event space in Williamsburg created for women to connect with other women and build community. Founded by two women intrigued by collaboration and community—Melissa Wong of Up Speak, and Sandra Hong of Girl Party—New Women Space currently has a variety of offerings, and will be evolving to include even more.

“New Women Space is a response to the idea that women are asking for things. Women are amplifying their voices in the workplace and at their dinner tables,” says co-founder Melissa. END_OF_DOCUMENT_TOKEN_TO_BE_REPLACED

A District Leader is an unpaid position in the local Democratic Party, representing the neighborhoods of Greenpoint, North and South Williamsburg on issues regarding judicial nominations and elections. At the end of World War I, McGuinness, had grown fed up with the inertia of local Democratic politicians, but he had never gone to high school and needed someone’s help to write letters to the editor criticizing the party establishment. He turned to Conlon, a poet as well as a skilled prose writer, who helped McGuinness write a series of highly provocative attacks on the corruption and inertia of the local political machine and the letters hit home. Thanks in large part to Conlon, she and McGuinness in a shocker were elected as local Democratic Party leaders and they served effectively for years, bringing a number of positive changes to our area and making history.
END_OF_DOCUMENT_TOKEN_TO_BE_REPLACED

If you don’t believe the magic, it’s likely that you will after spending any increment of social time with Olek. For the past twelve years, the magic she makes comes from the craft of crocheting. When I sit down with her in Greenpoint’s Lomzynianka Restaurant,  I realize her magic has a deeper source—it’s rooted in her humble upbringing, in which everything around her was fair play as materials for creation. She hops off her bike, meets me at a table, and jumps right in after we order. END_OF_DOCUMENT_TOKEN_TO_BE_REPLACED

Know An Awesome Greenpoint Woman? We Want To Meet Her!

March is just a few days away, and it signals Women’s History Month. We want to honor this nationally recognized time period on a local level by meeting some of the women who make our neighborhood stronger and better. To do that, we need your help! We’ll be accepting nominations all month for the Greenpoint women you think we should know. END_OF_DOCUMENT_TOKEN_TO_BE_REPLACED