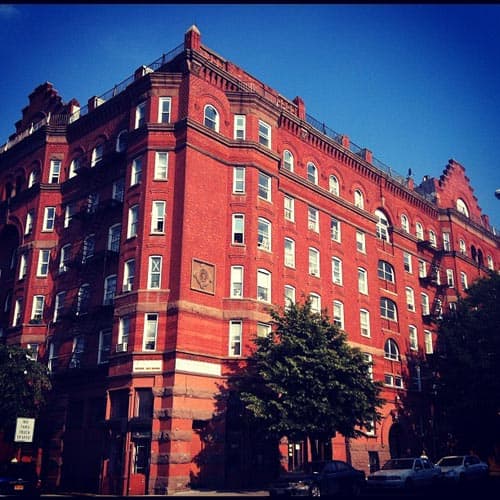 • Since the G won’t be running a bunch of weekends during the summer, MTA may fork over the dough for Citibike in Greenpoint (Daily News)

• Art about why you don’t make art (Hyperallergic)

• Bushwick Restaurant Week Picks by Brooklyn Based – Thru Today (6/22)

• Amazon may be moving to Kent Ave (Gawker)

• BUG OUT! Become a Brooklyn Urban Gardener (get it?) at Brooklyn Botanic Gardens.

• BK Flea shut down last week, “because the edge is a poorly constructed piece of garbage.” (Free Williamsburg)

• We are in the siding capital of the world, but if you so have a Brownstone, find out if it’s a wood frame.

• Another cafe is coming to Greenpoint in the fall, and you can also buy a Nordic sweater there. (Village Voice) 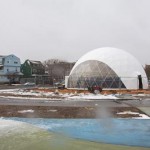 • Don’t worry the Sunday Night Liquor Curfew is not happening in Greenpoint! (Bushwick Daily)
• But Silent Barn got a liquor license (Brokelyn)!
• MoMA PS1 has installed a temporary geodesic dome in the Rockaways to serve as a center for culture, education, and community.
• My Free Concert & Brooklyn Vegan are psyched about Brain Cave Festival – so are we!!!
• Girls is missing out on some sweet spots in Greenpoint (Brooklyn Magazine)
• Go Monsanto! “Congress passed a bill last week that included a provision which “protects genetically modified seeds from litigation in the face of health risks.” (GOOD)

• Half of Brooklyn’s most styish women live in Greenpoint (Brooklyn Exposed)
• Stop-Motion video of Domino Sugar Factory stars a package of Domino sugar (Animal NY)
• Vinnie’s Pay tribute to Game Of Thrones (FreeWilliamsburg)
• Gay marriage as measure on Facebook “when this movement goes down in the history books, it won’t just include photos of Harvey Milk, but screengrabs of fuzzy viral jpeg artifacts, too.” (Fast Company)

• Our upcoming (and sold out) Sunday Supper on Grub St

• Pay What You Wish Vendor Space Across From Domino (Brokelyn)

• Too lazy to drop your compost off at McCarren Park? Vokashi Can Pick It Up for $40/mo (Brooklyn Based)

• Does Your Kitchen Need Help? 15 Tips For A Tidy Kitchen (theKitchn)

• Do You Bus It? New Routes & Restored Line (Brooklyn Paper)

• Brooklyn Brewery … Wait For It: In Sweden! (Gothamist)

Hooking you up with some links you might find interesting and useful:

• Map of the Villages of Brooklyn 1827 (Brooklyn Historical Society)

• Would it be cool to have osprey platform’s on the East River? Jamaica Bay has Ospreys  (Queens NYC)

• A Walk in the Park: Oil Released Into Jamaica Bay

• Bushwick Daily: 11 Bars/Restaurants that Opened in Bushwick Within Past Six Months

• Eater NY: Tom Mylan on the Hellish Opening of The Meat Hook

• Animal: Who’s got the best doughnuts in New York?

• Brooklyn Paper: Flea off the market! Home of W’burg bazaar sold for $18 million