Williamsburg Venue Villain Could be Replaced by Two Mixed-Use Developments

The the live events space Villain currently occupies the lot and the zoning change is being sought by “307 Kent Avenue Associates.”

In 2018, the property was purchased by VICE as the media company moved into facilitating live events, but it’s not clear if VICE is involved in the proposed development. END_OF_DOCUMENT_TOKEN_TO_BE_REPLACED

After a few moments, the woman gets up to check her arm in the mirror, proclaims the tattoo to be “awesome,” and leaves to meet friends for brunch at Slick Willie a few blocks away. Since John’s schedule is packed today, with another appointment in fifteen minutes, I turn on my recorder and we dive right into the questions. END_OF_DOCUMENT_TOKEN_TO_BE_REPLACED

A 21-year-old jumped off the Kent and N. 1st Street pier around 5am on Thursday and was immediately carried away by the current. Police are continuing to search the water for him. Although the East River often looks calm, it has deceivingly fast moving currents and swiftly changing tides that can push swimmers north at a rapid rate of approx. 1.5 nautical mph.

Is it sacrilegious to convert your local historic church into a condo? WNYC & DNA Info investigate. See St. Vincent De Paul on North 6th, which is now the “Spire Lofts.”

END_OF_DOCUMENT_TOKEN_TO_BE_REPLACED

Of course  covered the 50th Anniversary of the World’s Fair by being like, no one gives a fuck, skateboarding is rad, nostalgia is like necrophilia because this place is DEAD.

In case you didn’t notice, the Greenpoint pier ferry ramp is still not functioning, since it collapsed in February. Apparently the city doesn’t want to pay for a crane, which is needed to investigate before it can be rebuilt…seems like a lame excuse, doesn’t it?

Curbed picked up our story about the North Brooklyn Boat Club controversy and the club responded by denying accusations of foul play. 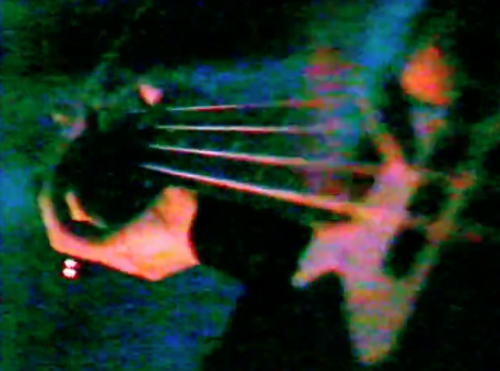 Shot in super low-fi style, “I’m Forgetting” is reminiscent of watching a fucked up VHS tape with an Autistic child. END_OF_DOCUMENT_TOKEN_TO_BE_REPLACED

Imagine Greenpoint consisting of wooden buildings instead of its famous vinyl siding beauties. An image from yesteryear? How about: The future! (Brownstoner)

As mentioned by Jen on Wednesday, Beacon’s Closet is headed to Greenpoint because Williamsburg is too rich for their second hand blood.

But there’s some potential drama, too, because some people are saying that Vice magazine is pushing them out. In other news, Vice magazine has completely sold out by selling $70MM of it’s enterprise to media villian, Rupert Murdoch.

If you haven’t tried Brooklyn Grange’s amazing honey that you can get every Sunday at the McGolrick Park Farmer’s Market, the NY Times covers Chase Emmons non-stop work life to bring Brooklyn bees’ tasty condiment to our tables.

What do you get when you cross super heroes with local beer? Brooklyn Defender! (Gothamist)

Folks, there’s an all new bus route going through our neighborhood beginning this week. Introducing the B32 Bus!

And finally, don’t forget to vote! And check out this fun graph on who actual votes in NYC primaries.