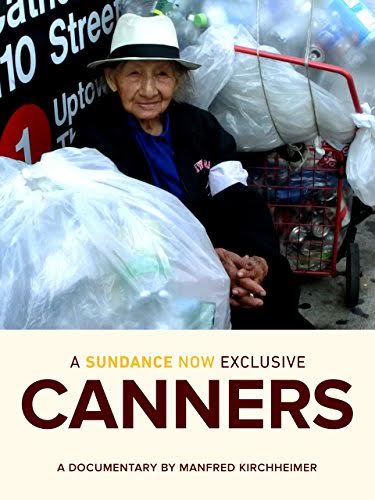 This event is part of the public programming for NYC Trash! Past, Present, & Future, on view at The City Reliquary until April 29, 2018. END_OF_DOCUMENT_TOKEN_TO_BE_REPLACED

The Next Greenpoint Clean Up Day is This Weekend (8/12)! 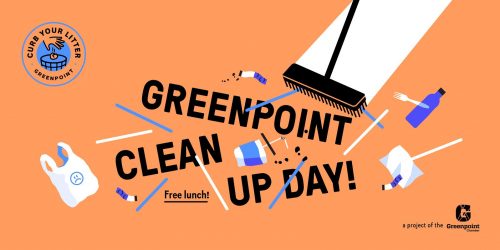 Join the Greenpoint Chamber and Neighbors Allied for Good Growth for the third Curb Your Litter: Greenpoint clean-up day of 2017. This time, they’re partnering with the Newtown Creek Alliance to pay special attention to curbing the litter that enters into our waterways.

They will pick up street litter in Northeast Greenpoint (east of McGuinness Boulevard and north of Norman Avenue). As always, all volunteers will get a free lunch as a thank you for their efforts. 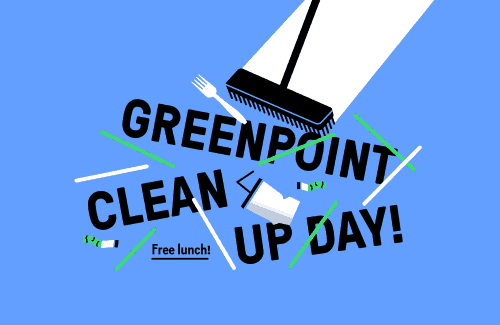 Posted by Steph Koyfman | July 29, 2016
Tweet
Though full-size G Trains are very much on the agenda for the coming L Train shutdown, here’s another thought: extending the E to run along the G track to take the pressure off all of us out here.
Because the L Train shutdown is consuming all our thoughts lately, senator Daniel Squadron (plus 32 other officials) are calling on Cuomo, de Blasio, and MTA Chairman Thomas Prendergast to start working on better solutions now.
One more G Train thing and then we’ll stop. Apparently a small number of G Trains are being used as a test group for those futuristic digital display screens you see on other trains from the modern era.
Greenpoint’s getting new trashcans, and they’re going in the places community members have suggested. If there’s a spot you’ve got in mind that’s in dire straits for a garbage receptacle, call 311.
Things are changing at Five Leaves and Nights and Weekends — but hopefully only in a behind-the-scenes kind of way. Chef Ken Addington is leaving his post there, but he’s apparently got something else up his sleeve.
If sewage-related podcasts are your thing, check out this DNAinfo reporter’s chat with Zainool Ali, the manager of the Newtown Creek Wastewater Treatment Plant.
What about urban hikes? Are those your thing? On August 6, Newtown Creek Alliance Historian Mitch Waxman will be taking interested parties through our industrial borderlands.
Investors Bank recently cut the ribbon at its new location on Manhattan Ave. However, it’s already made moves in the community by getting in with local advocacy groups like the Greenpoint YMCA and the North Brooklyn Development Corporation.
There’s still time for CitiStorage owner Norm Brodsky to accept the city’s offer of $100 million, but his public auction of the land recently closed, and he’s been playing his cards close to his chest.
The Greenpoint entrepreneurs behind spice savant Greenpoint Trading Company are laying on the heat with an expansion into South Bushwick.
Category: News, The Hook-Up | Tags: CitiStorage, Five Leaves, G Train, greenpoint trading co., Investors Bank, L Train shutdown, Newtown Creek Alliance, Newtown Creek Wastewater Treatment Plant, Nights and Weekends, Norm Brodsky, Squadron, trash, waste management | 0 Comments

“I love the trees in Greenpoint!” says Stevie Han Horn, 28, who moved to Brooklyn from Colorado in 2012. “Part of it makes me feel as though I’m in a small town. There are a few roads in Greenpoint that make me feel so smitten because the trees funnel the street making it extra dreamy.”

Nature lover? Sure. But when I learned that Stevie lived “trash free”, that seemed a little too hippy dippy for me. Yes, even by my standards! At first I didn’t believe her, like, is it even possible to live trash free? What does that even mean? END_OF_DOCUMENT_TOKEN_TO_BE_REPLACED

Is “Greenpoint” becoming synonymous with “gentrification?” This week, Forbes spotlighted the decline of Polish businesses, and McSweeney’s did a McSweeney’s.

Protect your package, people. Greenpointers posted this video on our Facebook page earlier this week, but in case you missed it, here’s something that might make you think twice about buzzing in a stranger.

Jack and Joshua Guttman just filed an application to build a new hotel on West Street at the abandoned Greenpoint Terminal Market complex. Perhaps the proposed rooftop bar will be distress-signal-distance from the Wythe Hotel’s.

Another five-story rental going up on West and India hopes to offer a more “approachable, neighborhood feel” counterpart to the big towers going up around it.

Is it the dawn of a new era for the G? Old Faithful made it to this short list of “best trains to live near” in NYC, but I’m not sure how much that actually means coming from a source who says the L is “reliable” and that the Q moves “with astonishing speed.”

The Franchesca Mini Market between Eagle and Dupont has certainly seen better days. Not much word yet on what created the behemoth-shaped hole in the bodega’s storefront, but one tweet suggests it was a garbage truck accident.

Another Ben Stiller movie? It’s happening here in Greenpoint. The crew of Zoolander 2 is doing their film thing at the site of Hansel’s loft.

The Salvation Army is the latest community fixture to get priced out of the neighborhood. Its 981 Manhattan Ave. location is now on the market for the first time since 1973. END_OF_DOCUMENT_TOKEN_TO_BE_REPLACED

Help Clean Up our Streets and Get a Free Lunch Tomorrow! (8/22) If you haven’t already heard, Greenpoint was crowned NYC’s King of illegal dumping recently and that isn’t including the over 400lbs of litter that was picked up in the first Greenpoint Clean Up Day. Thankfully, the Greenpoint Chamber of Commerce is addressing this problem with their “Curb Your Litter” initiative and has organized another clean up day tomorrow (8/22).

Lunch will be provided to all volunteers thanks to Grandma Roses, Casanova and Slick Willie! END_OF_DOCUMENT_TOKEN_TO_BE_REPLACED

Trash Talk: CB1 is Pissed over Solar Compactors Coming to the Hood If you thought the pilot composting program was good idea for Greenpoint then wait until you hear the latest news coming from the Department of Sanitation. The agency has officially upped its own ante by announcing that Greenpoint and Williamsburg streets will be getting nearly 200 new solar powered trash compactor bins in just a few short weeks.

Dubbed Big Belly Solar Compactors, these trash bins will be replacing the traditional green wire cans-a common fixture on nearly every major street corner in the neighborhood. So what makes these new compactors so great? A peek on the manufacturer’s website boasts Big Belly Solar’s trash bins can compact over 150 gallons of garbage compared to only 35 gallons of the standard-issued green trash can.

The company says Big Belly cans are aimed at reducing fossil fuels and are designed to be used without the use of hydraulic fluids. To date, Big Belly Solar Compactor bins have been such a hit they can be found everywhere–including 13 US cities, Scotland, the rest of the UK, and Sweden. Soon enough Greenpoint will be added to that growing list.

END_OF_DOCUMENT_TOKEN_TO_BE_REPLACED

• It’s as disgusting as it sounds… rat mites (NY Times)

• Do you think it’s total BS that North Brooklyn processes a huge amount of the city’s trash? New legislation might change that (NY Environmental Report)

• If you have a spare room, why not get rich with AirBnB like your fellow North Brooklynites? (DNAinfo)

• It may not protect us from crowded G trains, but Greenpoint Landing is bringing a park that promises to protect Greenpoint from storm surge with oyster beds and public access to the river edge (Daily News)