The Fascinating and Tragic History of The Wythe Hotel

The Wythe Hotel at North 11th Street and Wythe Avenue is a symbol of cool in trendy Williamsburg. The building is a combination of old and new, with a three story sleek glass tower rising out of the remnants of a 1901 industrial building. The hotel’s L-shaped rooftop bar The Ides has stunning views of the Manhattan skyline, attracting people from around the world to the 72-room boutique hotel. People use words like chic, trendy and ultra-modern in describing the building, but it has a fascinating and tragic past that stretches back to the 1890’s—and that past is still evident in today’s hotel building.

END_OF_DOCUMENT_TOKEN_TO_BE_REPLACED

There’s been a lot of activity and news lately about the iconic Domino Sugar Factory on the Williamsburg waterfront. Our own historical writer Geoff Cobb recently published a new book about Domino titled The Rise and Fall of the Sugar King, and he’s been sharing some of those stories here on our site. Additionally, the redesign proposal for the Domino site was recently approved, and the architects shared the final plans for the waterfront park. And just a few weeks ago we were able to tour the first new building in the Domino Sugar complex at 325 Kent Street, with the major selling point seeming to be the stunning views of Manhattan and the Williamsburg Bridge.

From now until January 14th, photos taken inside the Domino Sugar complex are on view at former Williamsburg gallery Front Room (48 Hester Street) in Manhattan. According to the gallery, “In 2013, Paul Raphaelson received permission from the developers of the Domino site to explore every square foot of the refinery just weeks before its gutting and demolition. Raphaelson is the last photographer given access to the factory.” The gallery is open Wednesday through Sunday from 1-6pm. Smithsonian has a detailed article about the photos, and the site’s history.

In 1893, one of the greatest upsets in New York State electoral history occurred locally when a bartender defeated one of the most powerful men in Albany. I have written previously about the infamous local politician Patrick McCarren who obtained for North Brooklyn the park that bears his name, and the Williamsburg Bridge.

Now a forgotten character, State Senator McCarren, though effective in bringing home pork to North Brooklyn, was in his day one of the most breathtakingly corrupt politicians in the long history of corrupt New York politicians. One of the first corporate lobbyists in American history, McCarren was reviled for his shamelessness in helping Standard Oil and the Sugar Trust at the expense of the public good. The New York Press in 1904 summed up what many reformers thought of the senator: “We shrink from even the thought of what would happen to our national institutions and ideals if its Pat McCarren’s should succeed in cornering the nation at the ballot box.” Sadly, looking at politics today, McCarren seems a very contemporary figure; however McCarren, was defeated by a non-politician in an electoral shocker. END_OF_DOCUMENT_TOKEN_TO_BE_REPLACED 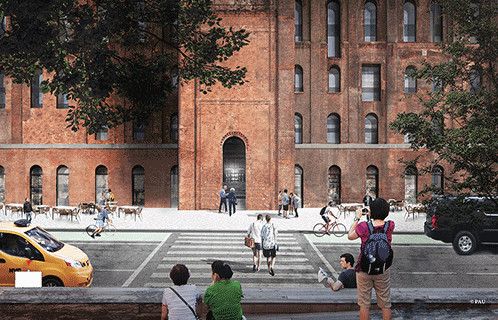 Designing a new use for the building was extremely challenging due to the building’s landmark status—it was officially landmarked a decade ago—which mandated that the industrial façade be preserved. The building, constructed in 1882, was for many years the largest sugar refinery on the planet. It was built with small windows and heavy brick walls meant to prevent fire, always a serious danger in sugar refining. (You can read more about working life in the sugar refinery in our previous post). Incorporating the thick brick walls and tiny windows into a viable modern design has proven to be a massive design challenge. END_OF_DOCUMENT_TOKEN_TO_BE_REPLACED 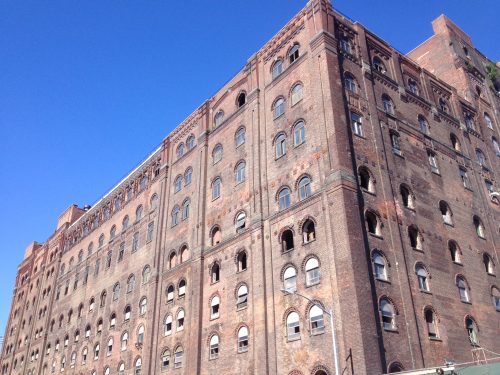 The plant, which was opened in 1858, employed thousands of Greenpointers over its almost a century-and-a-half of existence. Much of the reason that we have a Polish population today is because the refinery had a policy of hiring Slavic men, principally Polish, who could not recount to outsiders the misery that working in the plant entailed. They worked in horrendous conditions that we can scarcely imagine today. END_OF_DOCUMENT_TOKEN_TO_BE_REPLACED

To understand the history of Greenpoint and Williamsburg you have to grasp the massive role that refining played in this heavily industrial corner of North Brooklyn. Our area became the world’s largest refiner of oil and sugar and the owners of these refineries became unbelievably wealthy. A lot of writers have told the story of local oil refining, but until now there has been a dearth of information about the massive local sugar industry here, so I wrote The Rise and Fall of the Sugar King to trace the powerful effect sugar refining had on North Brooklyn.
END_OF_DOCUMENT_TOKEN_TO_BE_REPLACED 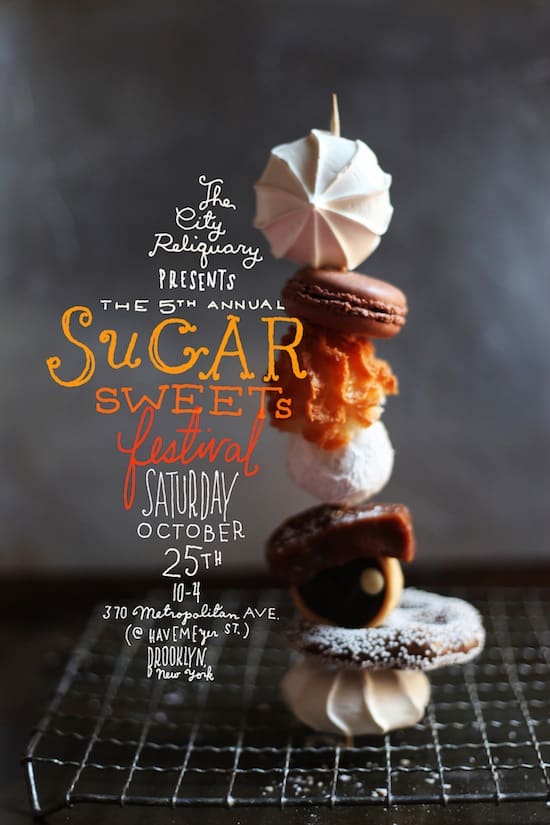 It’s the season for sweaters, scarves, and sweet sweet sugar. To get your teeth into training for all that Halloween candy on the 31st I strongly suggest you check out the 5th Annual Havemeyer Sugar Sweets Festival this weekend.

The sweetness extravaganza will be held on Saturday 25th October from 10-4pm at The City Reliquary Museum,  370 Metropolitan Avenue, Williamsburg.

The event revolves around an epic Bake Sale, featuring treats donated by everyone from humble home chefs to top-tier pros and landmark New York bakeries. 100% of the proceeds from the bake sale will support the City Reliquary Museum, a not-for-profit community museum that casts a loving light on the seemingly ordinary people and objects that make New York great. END_OF_DOCUMENT_TOKEN_TO_BE_REPLACED 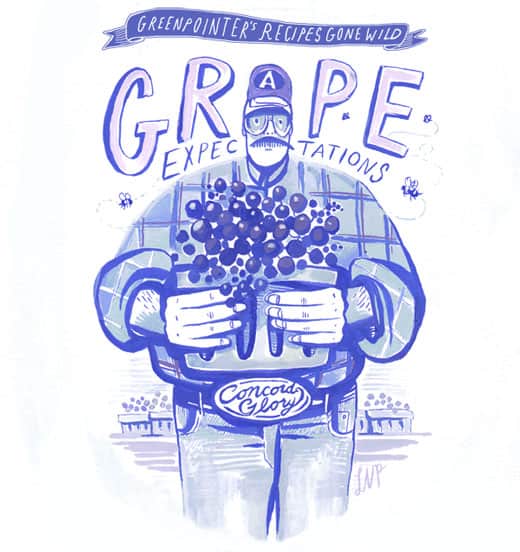 A friend of mine and I were just discussing which of our senses we could live without. After a bit of thinking I had settled on smell— a decision directly related to living in a city where ambient smells are cheap, plentiful, confusing, and often punishing as summer wears on.  But it’s autumn now, thankfully, and the air is crisp (or it’s going to be soon? Next week? By Halloween?), and if I couldn’t smell I’d miss some of the best things about this season…leaf piles, wood stoves, hot apple cider, and fresh concord grapes!