Most people associate Greenpoint with the Polish community, but our area has a long and deep connection to Ireland. Let’s answer a few questions to prepare you fully to celebrate St. Patrick’s Day locally.

1) When, how and why did the Irish come to Greenpoint?

Greenpoint really began to be a community in the 1850s, just after the Irish famine devastated the country. Already in 1855 a third of the local residents were Irish. The Irish dominated the local waterfront. The McAllister family from Cushendall, Co. Antrim started a tugboat and lighter fleet and brought over many family members and neighbors from Northern Ireland and many Greenpoint Irish families have Cushendall roots. By the 1880s The Irish were a large and growing presence in the area.

2) What local places have Irish associations?

3) What local Irish pub are around to celebrate in?

Sadly we lost Shayz Lounge, which was run by two Dubliners. Connie O’s on Norman Avenue is the last real Irish-American Greenpoint bar. The Capri Lounge, once known as Murphy’s, resurrects its Irish past and throws a great party with many locally born Irish- Americans. The Palace bar was for many years run by an Irish-American family. Derry man Stevie Howlett at Lake Street gives an Irish aura to the Minnesota bar on Manhattan Avenue.

4) Did Any Irish Greenpointers affect Ireland?

Yes and how! Thomas Clarke who lived at 175 Russell St. returned to Ireland and took part in the Easter Rising. He formally declared the existence of the Irish Republic before he was captured and shot by the British. He and his wife are honored heroes in Ireland.

It’s both Women’s History Month and the week before St. Patrick’s Day so it is totally fitting that we honor the most famous Irish woman who ever lived in Greenpoint- Kathleen Daly Clarke, who lived for many years on Russell Street and operated a candy shop on Nassau Avenue.

Like many women deserving of recognition, Kathleen is often overshadowed by her famous husband, the man who proclaimed the Irish Republic and was shot by the British after the failed Dublin rising of 1916, Thomas Clarke. Although Thomas Clarke was a dedicated revolutionary, he was only able to achieve what he did thanks to the emotional, intellectual, moral and financial support that Kathleen gave him.

Thomas Clarke arrived locally in the early 1880s from Dungannon, Co. Tyrone where he had become a fiery advocate of Irish political freedom and an enemy of British colonial rule of Ireland. He became involved in a local plot to bomb the British mainland led by Doctor Thomas Gallagher who practiced medicine on Manhattan Avenue. Clarke was arrested and sentenced to serve life for his crimes. He served fifteen years and the harsh conditions and psychological abuse broke Gallagher who lost his mind in prison.

While Clarke was in prison he befriended a County Limerick Irish Republican fighter named John Daly who would also be shot for his role in the 1916 revolt. Following his release in 1898, Clarke visited Daly and became enamored of Daly’s niece Kathleen who was twenty-one years his junior. Impressed more by his character and commitment to Irish freedom than his looks, Daly agreed to marry Clarke and in 1898 they moved to the United States.

END_OF_DOCUMENT_TOKEN_TO_BE_REPLACED

“The Babeliest Babe That Ever Did Babe” is Somewhere in Greenpoint

Were you at Lake Street (706 Manhattan Avenue) this past Saturday? The woman in this Craigslist post is desperately searching for her bearded bae.

END_OF_DOCUMENT_TOKEN_TO_BE_REPLACED

The 17th of March is almost upon us, where wearing green and downing a Guinness (or two) are required salutes to the Irish spirit. Though historically more Polish and Italian than Irish, we’ve still got a list of things to do and pubs to frequent with Celtic roots. So go get your green on, Greenpoint. 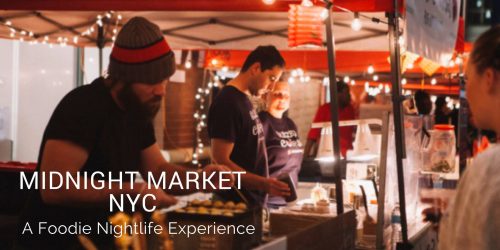 Midnight Market, a super fun alternative to the expected bar scene, is coming to Greenpoint for St. Patrick’s Day. On March 17th this popular Jersey city based 21+ Foodie Nightlife Event is hopping across the Hudson and East River and landing at the Greenpoint Terminal Warehouse on 73 West St. One of their two bars will be hosted by East Williamsburg’s own Win Son; and their vendor list that spans the NYC & NJ foodie scene. Expect $5 food options, $5 drink specials, an all-night DJ, and good vibes.

END_OF_DOCUMENT_TOKEN_TO_BE_REPLACED

Where To Get Your Irish On This Friday!

Oysters seem almost too sophisticated for such a holiday. It feels like we’re trying to class up the joint. Maybe we are? Either way, you should head to Greenpoint Fish & Lobster (114 Nassau Ave) for $1.50 Irish Point Oysters before doing all these other things.  END_OF_DOCUMENT_TOKEN_TO_BE_REPLACED

Just In Time For St. Patrick’s Day – A History of the Irish in Greenpoint!

On Friday everyone becomes Irish for a day—at least in the local bars, but Greenpoint actually has a long and colorful Irish history. The first Irish came to Greenpoint way back in the 1850s. Like many of the others who arrived here then, the Irish were lured by jobs in the booming shipbuilding business. An 1855 Greenpoint census revealed that about thirty percent of the locals were Irish born. Other Irish soon followed to work in the many factories and refineries that sprung up locally after the Civil War.

In 1864 Captain James McAllister, from County Antrim, Northern Ireland, started his maritime transport company with a single sail lighter, but it was the perfect time and place to open such a business. McAllister soon got more work than he could handle transporting the oil of John D. Rockefeller’s Standard Oil. He brought over many of his family and neighbors from his hometown Cushendall, Co. Antrim and many of the present day Irish families in Greenpoint have Cushendall roots. Quickly the Irish dominated the waterfront and worked the many nautical and longshoremen jobs along the bustling East River and Newtown Creek shorelines. One of these Irish-American longshoremen was the colorful Pete McGuinness, “The King of Greenpoint,” for whom McGuinness Boulevard is named. He later entered politics and ran the area as the last old style Irish ward boss until his death in 1948. END_OF_DOCUMENT_TOKEN_TO_BE_REPLACED

Celebrate St. Patrick’s Day with Food and Drink in Greenpoint

Here are some of the neighborhood spots offering St. Patrick’s Day specials on Thursday, March 17th.

Bakeri (105 Freeman St)
Stout cake will be one of the specials at Bakeri. Check out this beautiful one from around this time last year!

END_OF_DOCUMENT_TOKEN_TO_BE_REPLACED

My mother is born-and-raised solid country stock from County Westmeath, Ireland. She remembers St. Patrick’s Day celebrations as chiefly religious, with the country going to mass with freshly-picked clovers pinned to buttonholes to honor their patron saint. Then there would be a shared family meal with special-occasion ingredients like beef or lamb, usually presented in roasts or stews.

Regardless of how you choose to celebrate St. Patrick’s Day (or whether you want to avoid all related shenanigans entirely), this traditional Irish dish is straight-forward, nourishing, rich, and perfect for spooning out among any group of friends and family (though with all due respect to my grandmother and her preferred method of just dumping everything in a big pot and leaving it, I’ve added and tweaked some steps to improve texture and flavor).

Recipe after the jump!

END_OF_DOCUMENT_TOKEN_TO_BE_REPLACED Here is an excerpt from an interesting article  in Voices of NY about an Irishman who admires the Polish community in Greenpoint:

Greenpoint, similar to pre-boom inner-city Dublin, is littered with old factories, warehouse buildings and loft-spaces primed to be re-envisioned by architects and city-planners … In 2011, the Polish in Ireland superseded the British as the largest non-national community in the state. They are now part of the genetic landscape back home.

Greenpoint Is On Top! Most Complaints Reported For Public Drinking & Public Urination!

In 2005 I received a ticket for an open container at the intersection of Nassau and Manhattan avenues. It was St. Patrick’s Day. I had been carrying my 24 ounce Budweiser in a brown paper bag when I saw the NYPD cruiser approaching. I stuffed my beer in a garbage can, but it was too late. The cruiser stopped, a cop got out, looked into the trash can and gave me a ticket.

I did not pay that ticket.

In Spring of 2012, I heard about a Safe Surrender day in BedStuy and attended. I, along with hundreds (thousands?) of other – mostly black males – stood in long lines for most of the morning until we appeared before a judge in a local BedStuy church, where our tickets were resolved without fines or other punishment.

The minister of the church, noticing a white face in the crowd, became curious about me asking, “What’d they get you for?” When I told him, he just guffawed and shook his head.

Greenpoint is the only neighborhood to top both lists!

Of course 311 complaints could just mean there are more people willing/able enough to complain in that neighborhood than in others, not necessarily that there is more public drinking and urination in those places. Given the recent troubles involving the shelter at Greenpoint Church on Milton Street, perhaps the number of Greenpoint complaints should not be surprising.