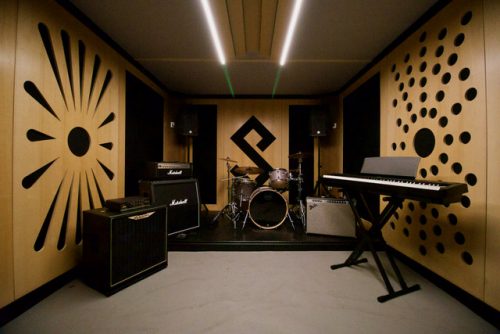 Whether you believe the music industry to be thriving or dying, everyone can probably agree that there is no shortage of musicians in New York City. In Brooklyn alone, any night of the week offers a countless variety of live performances in all styles. Regardless of how many years these performers have been playing, their level of raw talent, or “who they know”, a single factor determines how they are received by an audience: rehearsal.

Think of the last show you saw. Did it blow your face off in awe? Put tears into your eyes? Or did it put a huge smile on your face? You feel such emotions because the musicians have practiced diligently, and are invested in their own perfection. These artists have been booking rehearsal spaces all over NYC, often traveling across hell’s half acre, hoping to find a room that sounds good. Or, with less idealism, just the most affordable option to practice regularly.

Enter Pirate Studios. Since early March, the UK-based company has been offering musicians a new way to rehearse by using an innovative, customer-driven model. With 24/7 online booking, fully outfitted and spectacular sounding rooms, and a live recording of the practice included, a small community is sprouting within 3 rooms at 19 Division Place. END_OF_DOCUMENT_TOKEN_TO_BE_REPLACED

There are a few things that just make you stop dead in your tracks and smile. Maybe you’re even in a hurry, rushing along down the street, and then that wondrous sound comes to your ears – a voice and some sweet strums of an instrument playing a favorite song of yours. I’ve always thought musicians are to a neighborhood what fish are to a stream – an indicator of health and liveliness. If you can walk around for a whole day and not see anyone walking down the sidewalk carrying an instrument or sharing a song, you might want to think twice about what that says about the creative vitality of the place. Luckily for us, Greenpoint is full of musicians, and so today’s photo essay honors these minstrels and everyday suppliers of soul.

END_OF_DOCUMENT_TOKEN_TO_BE_REPLACED 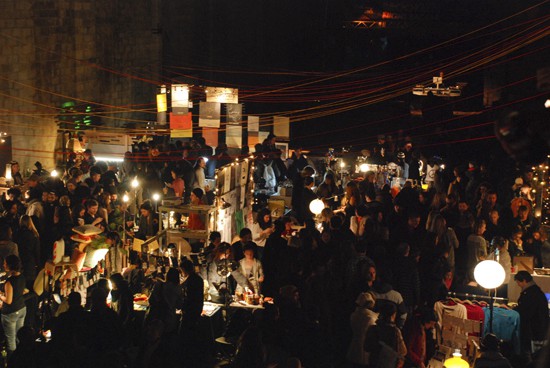 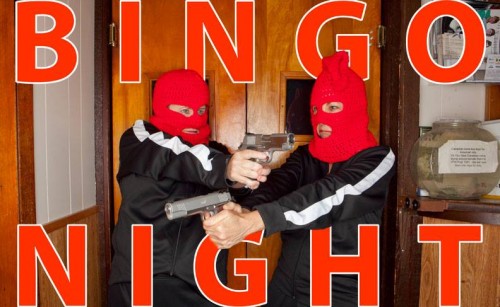 Brooklyn Band Field Mouse recently wrapped up a successful Kickstarter campaign to fund the recording of their debut album. We caught up with singer/guitarist Rachel Browne about crowdsourcing, the band’s evolution, and the Brooklyn scene.

END_OF_DOCUMENT_TOKEN_TO_BE_REPLACED

Miracles of Modern Science aren’t the sort of band who can be easily shelved alongside most of the oh-so-hip acts that populate your average indie bar or club in Greenpoint on any given night. Consisting of an upright bassist, a mandolinist, a violinist, a cellist, and a drummer, Miracles of Modern Science focus their string-heavy pop music on subjects as diverse as technology’s effect on our brains and outer space, and act as a nerdy antidote to the sometimes shabby and sloppy bands of Brooklyn. Joshua Hirshfeld, MoMS’ mandolinist, was happy to answer a few questions about how both the band and Greenpoint stand out from the norm.

END_OF_DOCUMENT_TOKEN_TO_BE_REPLACED

New York is an amazing place to see music, no matter the time of year but in October, CMJtakes over and makes it truly overwhelming. The weeklong music festival begins tomorrow -10/16 thru 10/20, so it’s time to get your schedule organized.

To make it easier on you, we’ve assembled a list of our top picks for the week as well as a playlist to get you in the mood. Since the schedule for the week is quite unruly, be sure to check out your favorite band’s websites by clicking on their name below, or visit the official CMJ schedule here. Also, be sure to check out two of Greenpointers exclusive CMJ parties.

Now queue up your Spotify to enjoy our playlist below and freshen up on your band info before the shows!

Alex Winston: She is a classically trained opera singer who has surprisingly quirky voice when she does indie, but it works. Also writes songs with questionable content about Elvis.

Beacon: A Greenpoint duo consisting of Thomas Mullarney III and Jacob Gossett. They make dark, moody songs that are exactly the kind of music I want to listen to when I need to decompress after a really shitty day at work.

Bertrand Burgalat: This is fun. Remember when one of your friends first played you Serge Gainsbourg? You can kind of relive it here. I imagine he would be incredibly fun to see live and apparently he has not played NYC in 10 years.

Blue Hawaii: This band features a member who composes one half of the band, Braids. A bit dark, a bit light and airy, Blue Hawaii makes really beautiful music that sounds warm and makes you feel like you are crawling into a fleece-lined hammock on a beach at night.

END_OF_DOCUMENT_TOKEN_TO_BE_REPLACED 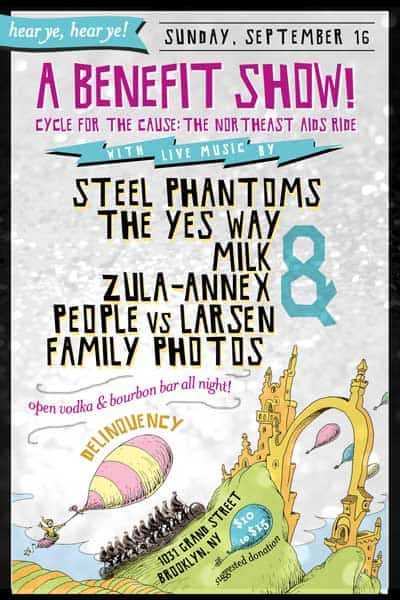 A benefit show & party for Cycle For The Cause: The Northeast AIDS Ride (a charity bike ride from NYC to Boston!)
$10-$15 Suggested Donation. 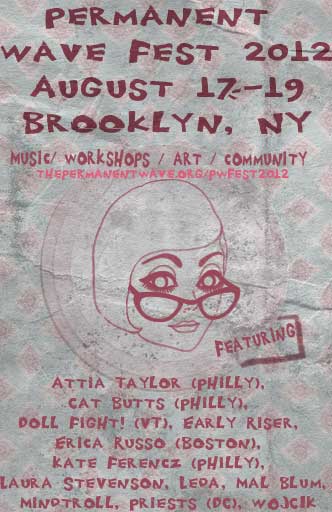 It’s all about collaboration. According to their mission statement, Permanent Wave seeks “to challenge gender inequality as it manifests itself in art, politics, and our personal lives” with the belief that, “women should see each other as collaborators and inspirations, not rivals.” Right on, ladies! This plays itself out when booking as an organization, explained Kiri, rather than just trying to book your own band at a venue. Strength in numbers. END_OF_DOCUMENT_TOKEN_TO_BE_REPLACED