Have you ever wondered about the little elementary school at the corner of Norman and Eckford Streets? Three fun facts you should know: it was formerly a hospital; it is the oldest continually operating elementary school in Brooklyn; and the first ever benefit for the art education at PS 34 The Art Party happens this coming Wednesday May 22, 2013 at 7pm at From The Source (69 West St).

The community is invited to this exclusive preview of our annual PS 34 art show that will feature live performances by Greenpoint-based artists The Hugh Pool Band, Jack O’Neill, and Shahla Atlas.

Some of the items available by silent auction will be works by respected artists Jean Pagliuso, McDermott & McGough, David Armstrong, and Felipe Mujica, as well as jewelry from Fitzgerald Jewelry of Williamsburg. There will be food and cocktails courtesy of local businesses, so skip dinner and come early.

Come meet your neighbors, purchase amazing art, eat, drink, and dance in support of art education at PS 34 this Wednesday, May 22nd. Tickets at $40 and can be purchased at Cup at (79 Norman Ave), Greenpoint Toys (738 Manhattan Ave), or at the door.

For more information go to The Art Party web site, and join the Facebook event for the latest updates!

This past Saturday that picturesque thoroughfare Manhattan Avenue was descended on by tiny-and-medium sized revelers representing for this year’s Town Square Halloween Parade. Marchers braved traffic to show off their costumes and take advantage of a great excuse to walk in the street. Two days later, Hurricane Sandy hit, but when this video was taken, we had no idea what lie ahead. 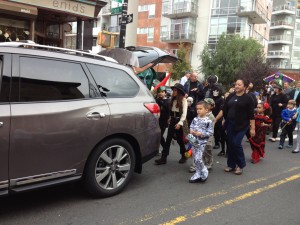 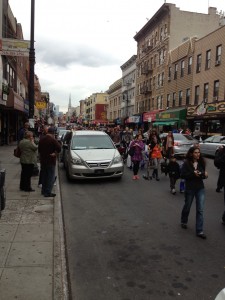 Greenpoint is the place to be on  Halloween (and every other day)! 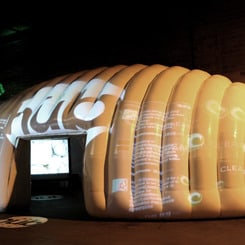 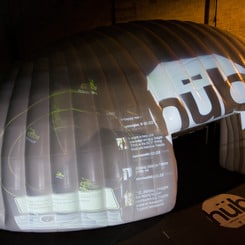 Entrepreneurship at Northside – All Business (But Never Boring)

If an inventor could create a device that converts sheer brain power into energy, said device should be brought to the Northside Entrepreneurship Festival next year. That inventor would take away enough energy to send a spaceship to Mars and back. It’s a given that this spaceship would update it’s Sonar status from the red planet, and have it’s own veggie garden on board.

I’ve never been to South by Southwest, the annual festival in Austin, Texas. But this day of discussion around sustainable business ideas that encourage community is exactly what I’ve always thought it would be like. But after this one, I could travel home on foot and sleep in my own bed that night.

In other words, we needed this.

END_OF_DOCUMENT_TOKEN_TO_BE_REPLACED

If the thought of Jell-O evokes images of an aisle in the supermarket or hospital cafeterias, Hello, Jell-O: 50+ Inventive Recipes for Gelatin Treats and Jiggly Sweets by Greenpointer Victoria Belanger is a super-stylish book of recipes that will make you question everything you know, at least when it comes to cool desserts that are shaped in molds and sometimes have fruit or marshmallows suspended in them. 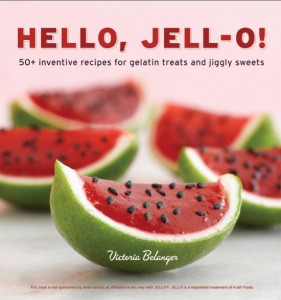 Pick up this book and you will not only learn to do things you never thought possible with Jell-O, but you will find an extremely well-organized and cleverly-written cook book that will make a great gift for yourself or someone who knows their way around a kitchen. With lines like, “The rainbow mold is visually stunning, but requires so much patience that it would cause Tibetan monks to tear out their hair—if they had any,” I found myself paging through the book more than once after a long day, just to look at the gorgeous photos and forget about the stresses of life.

I asked Berlanger a few questions about what it took to put this collection of recipes together: