A great New York Story occurred August 17th, 1858, when New Yorkers celebrated the first successful transatlantic cable between The United States and England with a party at City Hall. So thrilled were the New Yorkers of yore, that they decided to illuminate City Hall with torches, then set off fireworks over the building. City Hall caught fire, but nobody could alert the fire department, because the fire bell was on top of the burning City Hall. Ultimately, City Hall was saved, but the building lost its cupola, which has since been repaired. Undeterred, New Yorkers had another party at City Hall two weeks later, and they set off fireworks again. That is the city we live in. No matter what, New Yorkers just keep partying. And Mayor Bill de Blasio was at House of Yes in Bushwick on Tuesday to make it even easier to get down in the five boroughs. De Blasio established an Office of Nightlife, and a Nightlife Advisory Board. A Night Mayor will soon be appointed, although Gerard McNamee, former Director of Operations at Webster Hall, is running for the unelected position.  END_OF_DOCUMENT_TOKEN_TO_BE_REPLACED

Dancing is an amazing way to start the day, isn’t it?

Last Saturday, while most people were sleeping in, BRUNCH Ravers at Morning Gloryville‘s party were doing yoga, dancing, jumping in flying rose petals, getting massages, playing in a kiddie pool, or meeting new friends. It was kind of surreal when it all ended at 2pm, and people were heading home after an awesome morning out, when many people hadn’t even left their homes (or beds) yet. END_OF_DOCUMENT_TOKEN_TO_BE_REPLACED

For most Greenpointers, early mornings will find us hitting the snooze button a few too many times. Others are out dancing. A recent trend has sprung up in North Brooklyn (and across New York City) – people hitting the dance floors before their morning cup of coffee.

A group named Morning Gloryville, whose motto is “rave your way into the day” really knows how to wake up by dancing hard to awesome music with great people in a fun setting. END_OF_DOCUMENT_TOKEN_TO_BE_REPLACED

This Sunday March 23rd from 1-3pm, the Jellio Shop @ Flying Squirrel will host a Sing-A-Long, with Greenpoint Kids Music director, Lily Virginia. Drop by with your child for an afternoon of interactive singing and dancing. Refreshments will be served for children and adults, and the whole experience is absolutely FREE! END_OF_DOCUMENT_TOKEN_TO_BE_REPLACED 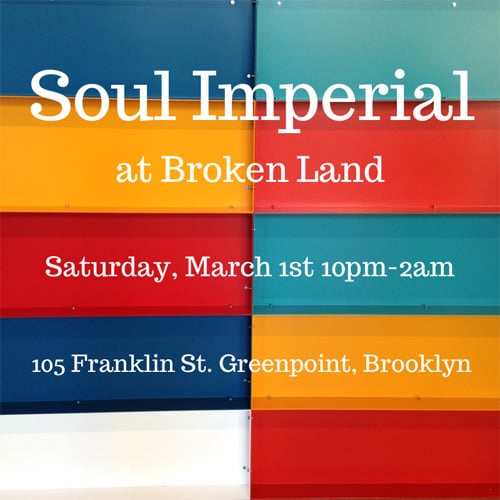 Soul Imperial is starting a new party series tonight Saturday 3/1 at Broken Land (105 Franklin St) from 10pm-2am. They will be playing a mix of throwback hits from all decades with some current tunes as well. This is a continuation of the party they used to have at K&M for over 5 years (and another 3 years at Royal Oak before that). They sent us this mix to give us an idea of what to expect at this hopefully regular party night in Greenpoint. Loving it! END_OF_DOCUMENT_TOKEN_TO_BE_REPLACED 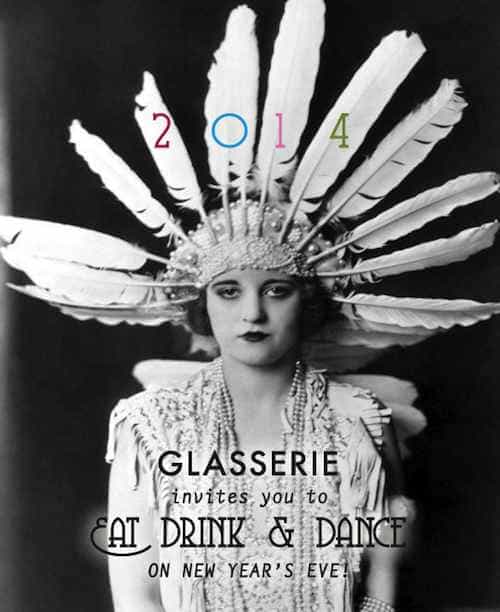 NYE plans hanging in the lurch? Still waiting for the cooing holiday dove to bring you an invitation to the party of your dreams?

Why not take the festive bull by the by the tinsel-draped horns and book something schmancy to see in 2014?

Glasserie (95 Commercial St.) is taking bookings for a ‘festively attired’ dinner with DJs and dancing.  END_OF_DOCUMENT_TOKEN_TO_BE_REPLACED

No Lights No Lycra Benefit for Common Ground (12/14) 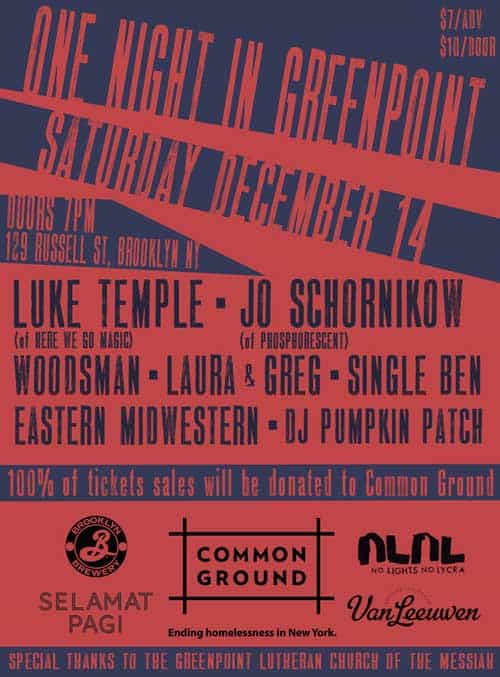 No Light No Lycra, the weekly dancing in the dark party at Lutheran Church of the Messiah (129 Russell St) is having a special group show benefit on December 14th, 2013 to benefit Common Ground, a homeless outreach program. Tickets are only $7! (in advance), $10 at the door.

100% of ticket sales will be donated!

Are you a freelancer, co-worker, artist, work from hom-er, unemployed? Or maybe you just hate your job. No office? No problem! Just because aren’t chained to a desk doesn’t mean you should let the midtown drone/zombie/suits of the world have all the fun this holiday season.

Join Brokelyn, the skint and Greenpointers as we present the third annual No Office Office Party on Thursday, December 12, 2013 from 7:30pm-1am at Littlefield (622 Degraw St)!

(It’s not in Greenpoint, but it’s just off the G and worth the trip!)

Come join your favorite blogs and dance like your boss isn’t watching all night long.

Hosted by Jo Firestone, co-creator of Punderdome 3000 and the Tiny Comedy Club.

Quiet Clubbing: A Peaceful Battle On The Waterfront

An unobstructed view of the Manhattan skyline presented itself once I passed through the gates of CitiStorage at 5 N. 11th St just before midnight.

The Empire State Building radiated red, orange, yellow, green, blue, indigo and violet for Pride Weekend in the background. In the foreground, armies of red, green and blue specks bobbed and darted across the dance floor. A DJ battle, organized by Quiet Events and sponsored by the Greenpoint Chamber of Commerce, was being waged. END_OF_DOCUMENT_TOKEN_TO_BE_REPLACED 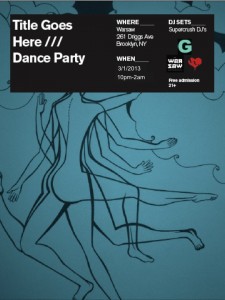 This Friday (3/1), Supercrush Studio known for the DJ-night called The New___Sounds, and Greenpointers will be taking over the Warsaw, one of Brooklyn’s most established and integral music venues.

Come and get your dance on (and eat some pierogis) with Greenpointers at this old meets new dance party! 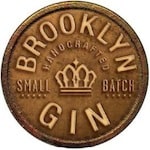