Church of the Ascension

Church of the Ascension’s Parish Hall Gets an Unrecognizable Facelift

The Church of the Ascension (127 Kent Street) is one of Greenpoint’s oldest buildings, but its Parish Hall (120 Java Street) will soon find new life as residences. The Church sold the Parish Hall, and air rights for the building, in July 2015 for over 4 million dollars.

The Parish Hall is not an original part of the church, but it still has significant history in the neighborhood, serving as a shelter during Hurricane Sandy, and as a headquarters in the Occupy Sandy relief effort. In the transition to apartments, the building on Java Street will triple in size and gain two stories, growing to accommodate 18 units. Each apartment will be approximately 1,300 sqft, and the building will offer “skyline views” from the roof.  END_OF_DOCUMENT_TOKEN_TO_BE_REPLACED 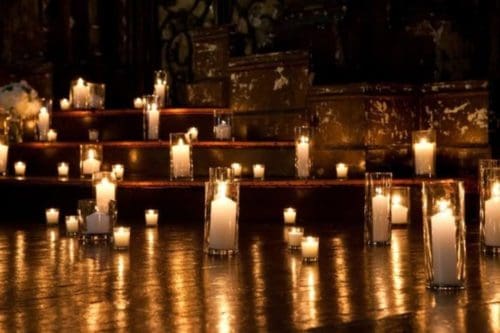 For many folks, attending church is an annual event. Luckily we have some pretty cool houses of worship right here in our neighborhood, if you’d like to dabble in holiday worship this year.
END_OF_DOCUMENT_TOKEN_TO_BE_REPLACED

A History of Greenpoint in 25 Buildings: 85 Calyer Street

Rowland was born in Connecticut in 1831 and became a railroad engineer, quickly becoming one of the leading experts in the design and construction of steam engines. However, he decided to leave railroad engineering, switching to the construction of steam engines for sailing ships and also developing an expertise in metallurgy. He was soon invited to come to Greenpoint to build ships because of his twin areas of expertise. By 1859 he founded his own company, the legendary Continental Iron Works on Quay Street. Two years later, he would help make history when visionary Swedish naval engineer John Ericsson approached him about building a revolutionary ship in Greenpoint, the ironclad Monitor, which would revolutionize warfare making wooden ships obsolete. END_OF_DOCUMENT_TOKEN_TO_BE_REPLACED

The British feel to the building is not an accident, as it was designed by Englishman Henry C. Dudley just at the end of the Civil War and dedicated in 1866. Dudley, a major American ecclesiastical architect who built in the English Gothic Revival style, designed a few churches so lovely that they were placed on the National Register of Historic Places. Although Dudley built a number of American churches, Ascension is one of only four remaining Dudley churches in New York City and the only one in Brooklyn. Dudley is most famous for his buildings in Nashville, Tennessee, where he and his partner Frank Wills designed the elegant Church of the Holy Trinity, which is listed on the National Register of Historic Places.
END_OF_DOCUMENT_TOKEN_TO_BE_REPLACED

The holidays are over, but now that the swell of volunteers has come and gone, extra hands are always needed. The Church of the Ascension (127 Kent St) is moving their Hunger Program to Saturdays, serving meals for over 80 men and women in need every week. Volunteers (including children of all ages) can chip in from 9am to 1:15pm, with the option for early or late shifts.  Don’t be deferred by the Church location; you don’t have to be Catholic, or any religion for that matter, to participate.

Father John Merz (not Misty) explained, “Greenpointers know about the needs of our community. Everyday we run into familiar faces in our neighborhood who don’t have enough to eat. Our team of volunteers work to provide a meal, a warm space and hospitality to these familiar faces.”

So if you’ve made a New Year’s Resolution to be a better person or do good deeds or all of the above, this is your chance.

Register for a time slot here. And check out their site for more info about the program.

Can You Bring It? Town Square’s Greencycle Swap (3/9)

Bring some, take some at the Town Square’s Greencycle Swap.

Browse the selection and take home as much as your handsome, bulky arms can carry! Don’t forget to bring a bag (or shopping cart) to tote it all!

When: Saturday, March 9, 1pm-4pm
Where: Church of the Ascension, 127 Kent between Franklin St and Manhattan Ave
Cost: $5 donation.

All remaining items will be donated to local charities and churches.

Church of the Ascension Occupied for Sandy

Church of the Ascension on Java Street has been Occupied. The church, which began helping coordinate relief efforts (with Councilmember Steve Levin) for Hurricane Sandy survivors immediately after the storm, has just been more formally Occupied by Occupy Sandy, an off-shoot of Occupy Wall Street. The Greenpoint site is largely replacing the 520 Clinton Street location at the Church of St Luke and St Matthew in Clinton Hill, after a December 23rd two-alarm fire at that location which fire officials have called “suspicious” and  Church Father Chris Ballard called “arson.”

The church, Occupy Sandy’s first Greenpoint location, will serve as an office hub for the various Occupy Sandy locales in the city and as a headquarters for “volunteer dispatch operations” to the Rockaways, Gerritsen Beach, Red Hook, Coney Island, Staten Island, and Sheepshead Bay, where survivors continue to struggle with little help aside from volunteers like Occupy Sandy and others.

Occupy Sandy will also use the locale to offer a regularly scheduled orientation for new volunteers interested in helping in the ongoing long-term relief effort. More information is available on the Occupy Sandy website.

Greenpoint’s response to Hurricane Sandy and its aftermath began immediately after the storm through City Councilmember Steve Levin, and both Church of the Ascension and Greenpoint Reformed Church.

As reported in the Greenpoint Star and DNAinfo, there are Greenpoint residents still suffering the affects the storm including moldy basements and problems getting insurance or government to help with necessary cleanup funds.

Greenpoint Blessing of the Animals: Too Blessed to Be Stressed – Saturday 10/13 “All creatures great and small are cordially invited to: A service of remembrance and blessing of the animals.”

If any neighborhood loves their pets more than anything it’s Greenpoint, Brooklyn! Get ’em blessed at Church of the Ascension (127 Kent St) on Sunday October 13, 2012 at 3pm.

Do you think your dog or cats needs a blessing? Maybe an exorcism?

Let us know your prayers for your pets in the comments!

Jedis for Jesus: “Our Faith & the Force” begins 9/26 at Ascension Church The Episcopal Church of the Ascension (127 Kent St) is mashing up faith with fun – fun from a long time ago in a galaxy far, far away.

“I’m just a simple man, trying to make my way in the universe.” – Jango Fett, Attack of the Clones

The saga begins September 26  at 6:30pm and will meet “almost every other Wednesday” thereafter.

Further reading on the intersection of religion and Star Wars.