The Greenpoint Monitor Museum will hold an open house this weekend to provide updates on the plan to build a museum in honor of the historic USS Monitor, the Civil War battleship constructed on the Greenpoint waterfront.

An acre of land along the Greenpoint waterfront at Quay Street will eventually be transformed into a public greenspace and boardwalk with historical markers/information on the Monitor.

END_OF_DOCUMENT_TOKEN_TO_BE_REPLACED

Walk alongside the western Greenpoint waterfront and you’ll eventually hit a jut of water bordered by a weathered fence, marsh plants, and a lingering stench of seawater. Unlike the mammoth Hudson or Superfund-famous Gowanus, Bushwick Inlet is easily lost in the hierarchy of remarkable city waters.

This humble inlet, however, joined the limelight this past Thursday, thanks to Sergey Kadinsky, an analyst at the New York City Parks Department and adjunct professor at Touro College. Speaking at A/D/O, a design hub and workspace on Norman Avenue, Kadinsky gave a wide-ranging talk exploring the “hidden waters” across the metropolitan area.

Kadinsky took the stage as the final speaker in a series on water and design. Once a tour guide on Gray Line double-decker buses, he channeled that same brio as he barreled through the five boroughs, pointing out disappeared bodies of water at a blistering pace.

Suffice to say, the city hasn’t been kind to its ponds, streams, creeks, or lakes. Take the now-defunct Collect Pond, which used to be Manhattan’s main source of freshwater. As the city grew, so did the surrounding industry. Contaminated wastewater from breweries, tanneries, and slaughterhouses seeped into the small lake, leading officials to fill it in.

Bushwick Inlet had a similar history. Fed by the disappeared Bushwick Creek, it had an illustrious career, home to a notorious rumrunner during prohibition and was also the launch site for the first ironclad warship constructed in the United States.

City officials then filled in Bushwick Creek in the 19th century, which ran through north Williamsburg and present-day McCarren Park, leading to the contraction of the inlet.

While there’s little hope for the resurrection of Bushwick Creek (its path was projected to run through the location of A/D/O), Kadinsky argued that this doesn’t prevent us from “daylighting” previously forgotten waters.

For example, Collect Pond is gone for good, but city officials named a park in the same location in lower Manhattan Collect Pond Park, connecting past geography to present.

Bushwick Inlet has fared better than Collect Pond, but by all accounts needs a facelift. Luckily, it projects to be part of the northern extension of what will eventually be a complete Bushwick Inlet Park, a move to put the inlet “back on the map.”

Stacy Levy is an internationally known artist who specializes in creating artful, site-specific interventions and engagements with water ecology. This past Saturday, she led an interactive family workshop in Greenpoint, where she and her volunteers mapped the historic Bushwick Inlet directly onto the hardscape using chalk paint: a mixture of chalk powder and water. Greenpointers caught up with Stacy to discuss her activism and the aquatic wonders of our local inlet.  END_OF_DOCUMENT_TOKEN_TO_BE_REPLACED 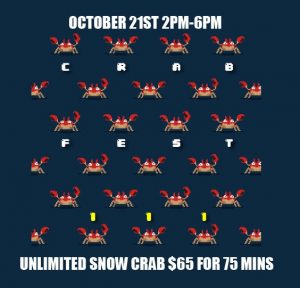 Greenpoint Beer& Ale and Knick Knacks Brooklyn are teaming up one more time before the year is over and they’re going all out on October 21st for #crabfest #round3! They will be offering UNLIMITED SNOW CRAB LEGS with an order of SHRIMP, POTATOES and CORN for 75 MINS! ($65 per ticket – drinks a la carte) Get your fill, you don’t want to be the one left out! Check out the ticket link and pick your session. See you there!  Buy tix [Sponsored] 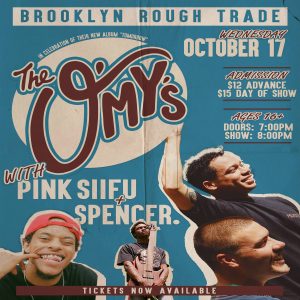 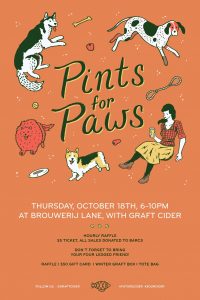 The couple secured land for the museum on Quay Street at the Monitor’s construction site in 2003, and scored a grant from GCEF to fund the museum in 2015. The project requires a restoration of the ecological shoreline at the Quay Street property, and the museum has been working with design and engineering firm AECOM to make it happen. On Wednesday, June 13, friends of the Monitor Museum teamed up with AECOM to host a public info meeting about the current status of the project.  END_OF_DOCUMENT_TOKEN_TO_BE_REPLACED

This past Saturday, December 17th, Mayor de Blasio came to Bushwick Inlet Park to praise the community activists who after ten years of struggle finally prevailed and forced the city to purchase the twenty-seven acre site for the park. De Blasio continually referred to the community’s victory and praised the local group Friends of Bushwick Inlet Park for their tireless advocacy for the park. In his remarks the Mayor laughed about the persistence of local City Councilman Stephen Levin, who incessantly nagged him until the park was purchased. The Mayor spoke of the high cost of acquiring the land ($150 million just for the final piece), but said that the city was fulfilling its promise to the community to acquire the waterfront site.

A number of other local politicians spoke. Borough President Eric Adams mentioned that the park was proof of the city’s commitment to provide waterfront access to all the people of Brooklyn, not only those with the means to purchase luxury waterfront real estate. Congresswoman Carolyn Maloney also addressed the gathering saying that the actions of community groups in gaining the park would serve as a future model. State Assemblyman Joseph Lentol reminded people that he had been an advocate for the park for a decade.

The mood at the gathering was celebratory, almost euphoric. Many of the people in the crowd had done the hard work of advocating for the park for years. They had made phone calls, signed petitions, and even slept out in the rain to gain the parkland, and they were in the mood to celebrate. As they walked home to Greenpoint, Stephen Chesler, Scott Fraser and some of the other people who fought the hardest to gain the park posed for pictures by the fence, which recently read Where’s Our Park? but now reads triumphantly, Here’s Our Park. Those words said it all.

Bushwick Inlet, the truncated, morose, post-industrial body of water west of Kent Avenue at North 14th Street, hardly seems worthy of the huge controversy for a shoreline park, nor would it appear to have a rich history, but the body of water is both controversial and historic. Although park protests have generated a lot of headlines, few know its history.

There was not always a Bushwick Inlet. The inlet is a relatively recent creation. It was once Bushwick Creek, which was a far longer, deeper and prettier estuary whose headwaters covered much of what is today McCarren Park. A tidal creek, at high tide its waters covered a large area encompassing much of McCarren Park, forming a water boundary between Williamsburg and Greenpoint and beautiful miniature bays. Low tide, though, was a different story as the waters receded they left a stinky slime whose odors offended local noses for generations. END_OF_DOCUMENT_TOKEN_TO_BE_REPLACED

Bushwick Inlet Park will finally be expanding to its full glory soon enough, now that the final plot of land was purchased by the city. This weekend, on Saturday December 3rd from 10am–1pm, you can help beautify the existing park land with flowers! With generous assistance from Partnerships for Parks (who will be providing bulbs and guidance), Friends of Bushwick Inlet Park together with the community will seed the continued park activation process by planting daffodil bulbs on park grounds. Folks will assemble at the BIP community building located on Kent Ave at N. 9th Street in Williamsburg. Gloves and tools will be provided. Please dress for the weather and encountering dirt. Can you make a 311 call and Tweet DeBlasio @NYCMayor today? Friends of Bushwick Inlet Park is organizing a Twitter Storm at 12pm!

After many months of nonstop activism to try to get the city to acquire the CitiStorage site—the last piece to complete Bushwick Inlet Park—it looks like the city and the owner of the property are close to reaching a negotiated deal. But they are only “close” and time is genuinely running out.

From Friends of Bushwick Inlet Park:
We have been relatively quiet recently to let them work things out but now MAYOR DEBLASIO NEEDS TO HEAR FROM ALL OF US (ALL AT ONCE PREFERABLY).

We need to tell him to:
CLOSE the CitiStorage deal and deliver the FULL 27 Acre Bushwick Inlet Park NOW! Let’s all engage in a
“Twitter-Storm” and/or 311 call-in from 12 noon- 2 p.m. today, Thursday, October 27.
A flurry of activity will maximize our impact!
Twitter: @NYCMayor
Call: 311 (Parks and Recreation: You can let them know that eleven acres are missing from Bushwick Inlet Park.)
You can also sign the Bushwick Inlet Park petition here.

This puts the future of all 28 acres of open space in a precarious position and Friends of Bushwick Inlet Park is not taking it lying down. With impassioned chants of “Where’s our park?” and a series of speeches by community leaders and elected officials, they demanded that Mayor de Blasio does what it takes to deliver the waterfront park that was promised 11 years ago. END_OF_DOCUMENT_TOKEN_TO_BE_REPLACED