A unique permit helps to explain Annicka’s frequently modified booze offerings. Ed Raven, Annicka’s owner, also owns Greenpoint Beer & Ale (7 N 15th St.), about a half mile away on Greenpoint’s West side, where he operates under a New York State farm brewery license. This allows him, as a local brewer, to serve his and other New York State produced and labeled beer, wine, cider, and spirits by the glass, at up to five retail locations without another permit. This encourages quite a bit of experimentation at Annicka, where Andrews and his team “have really run with it”, excitedly exploring what’s out there. So far he’s only had one table ask for something off menu that he couldn’t provide; his search for a New York State Sambuca continues. END_OF_DOCUMENT_TOKEN_TO_BE_REPLACED

You may have noticed a new cafe quietly setting up shop on the more peaceful end of Franklin Street—Cafe Alula (252 Franklin St) next to totes adorbs plant shop Tend Greenpoint is now open, serving up Lebanese-inspired sandwiches, salads and cafe fare. They’re currently open 7am till 7pm every day. END_OF_DOCUMENT_TOKEN_TO_BE_REPLACED 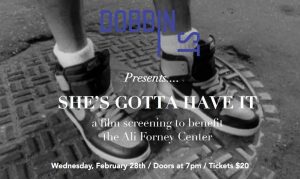 The farm brewery license allows a New York State brewery to operate a restaurant in a different location than the actual brewery and to serve beer by the glass at that restaurant sans a separate license. This is why every tap at Annicka is something from Greenpoint Beer i.e. you don’t have to walk all the way over to the brewery to enjoy a few. As for the food, Greenpoint Beer is collaborating with North Brooklyn Farms as well as Christian Perkins, a former Marlow & Daughters butcher, and Emma Jane Gonzalez, a vegan. END_OF_DOCUMENT_TOKEN_TO_BE_REPLACED

Greenpoint Beer & Ale made history last week when they opened Annicka. When you stop by, you’ll notice that all of their taps are from Greenpoint beer and there’s a big reason behind that. The restaurant is the first opened up New York State’s farm brewery license. This allows Greenpoint Beer & Ale’s owner, Ed Raven, to serve beer by the glass without a separate license and, since he owns a brewery, to do that at an off-premises restaurant. As for food, Ed is collaborating with a bunch of locals including people from North Brooklyn Farms. We’ll have more on Annicka tomorrow! [New York Times] END_OF_DOCUMENT_TOKEN_TO_BE_REPLACED