A contested MTA-owned warehouse abutting the future Bushwick Inlet Park could be purchased by the state and preserved as park space instead of being developed into condos, New York Assembly Member Joe Lentol announced on Thursday.

Voters in November will decide on the Restore Mother Nature Environmental Bond Act that would provide the state with $200 million in funding for land acquisitions.

The one-story, 72,600 square-foot building known as the mobile wash unit site at 40 Quay St. was explored as a possible development site as the MTA released a Request for Proposals for Development in the summer of 2019.

Over the past year, local leaders and activists called on the MTA to suspend development plans at 40 Quay St. to prevent another high rise apartment building and to extend the future Bushwick Inlet Park. 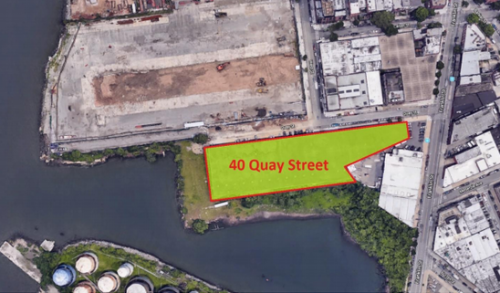 Lentol announced on Thursday that “New York State’s Environmental Bond Act will include funds for North Brooklyn to pursue the purchase of 40 Quay Street, which will be on the ballot for people to vote on this coming November 2020.”

In message posted on social media Lentol said that the proposed act is the best route to acquire and preserve the land: “Despite the current crisis, I have fought for the acquisition of 40 Quay Street from the MTA to add it to Bushwick Inlet Park and prevent that land from becoming another tall condo building. The Environmental Bond Act is our best shot at doing that.”