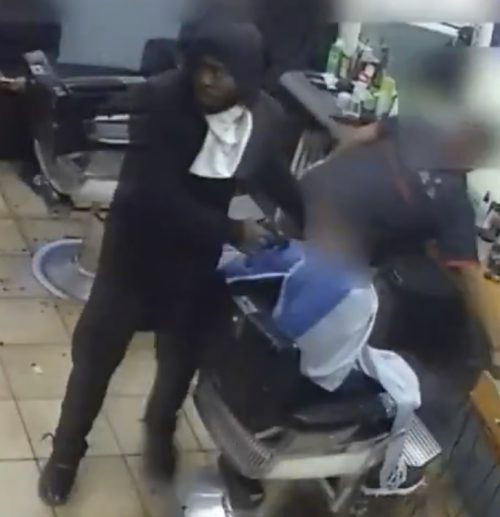 The NYPD is searching for a suspect who robbed a man at gunpoint inside a Williamsburg barbershop last week, NY1 reports.

The NYPD is investigating after video captured a man being robbed at gunpoint last week while getting his hair cut in #Williamsburg #Brooklyn. https://t.co/cPgFegz76N pic.twitter.com/4zC07MzAih

Surveillance video captured the scene on October 14 at the barbershop located at 139 Maujer Street in Williamsburg.

The 30-year-old victim was in the barber’s chair when police say the man behind him flashed a gun and demanded cash and valuables.

He turned over a cell phone, a credit card and $350 before the suspect left the store.

No one was hurt, and no arrests have been made.

Anyone with information on the case should contact the Crime Stoppers hotline at 1-800-577-8477, or text CRIMES and then enter TIP577, or visit www.nypdcrimestoppers.com.