This is the first summer in 14 years where North Brooklyn is without the SummerScreen series in McCarren Park, which was produced by Northside Media. But if you’re seeking to view an outdoor film this summer in Greenpoint, there are plenty of screenings planned in Transmitter and McGolrick parks. 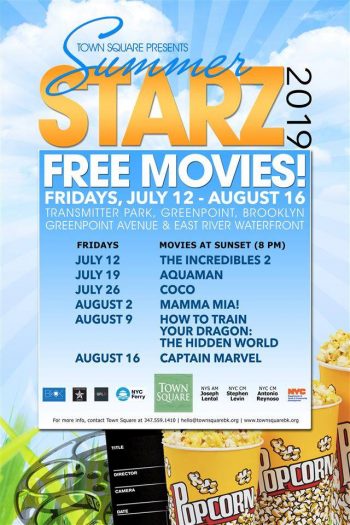 All Transmitter Park screenings begin at 8 p.m and The Friends of the Greenpoint Library will have pre-screening story time sessions for August screenings at 7 p.m.