Over 30,000 bikes will hit the NYC streets this Sunday during the 42nd annual Five Boro Bike Tour that will pass through Williamsburg and Greenpoint.

The event starts at 7:30 a.m. in lower Manhattan at Franklin and Church Streets and proceeds North to the Bronx and circles back through Queens before entering Brooklyn at the Pulaski Bridge and finishing in Staten Island around 5 p.m. 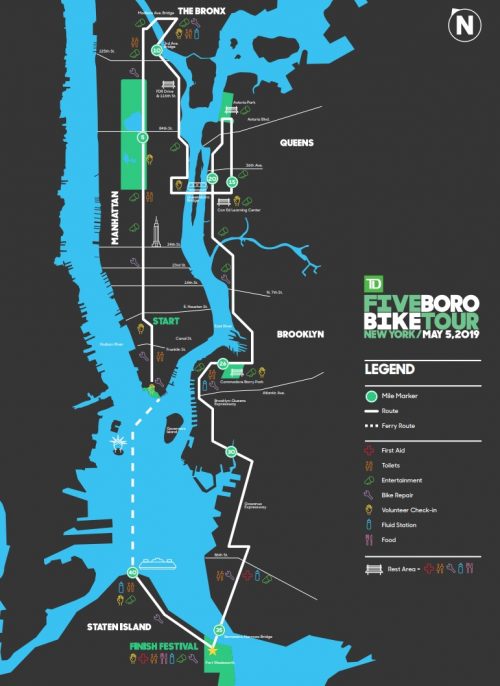 And a closer look at the Brooklyn portion: 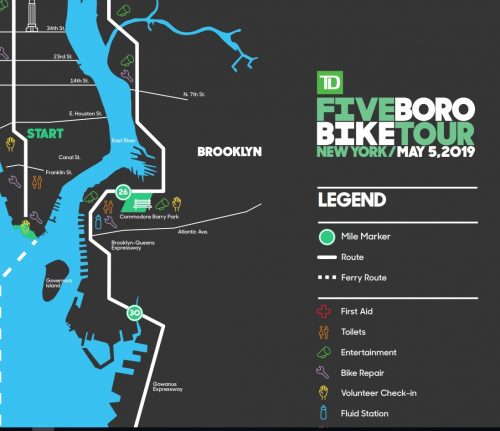 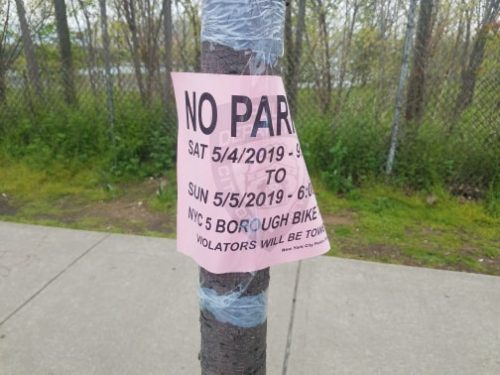 You will want to double check for “No Parking” signs when parking this weekend if you’re near the Brooklyn route: