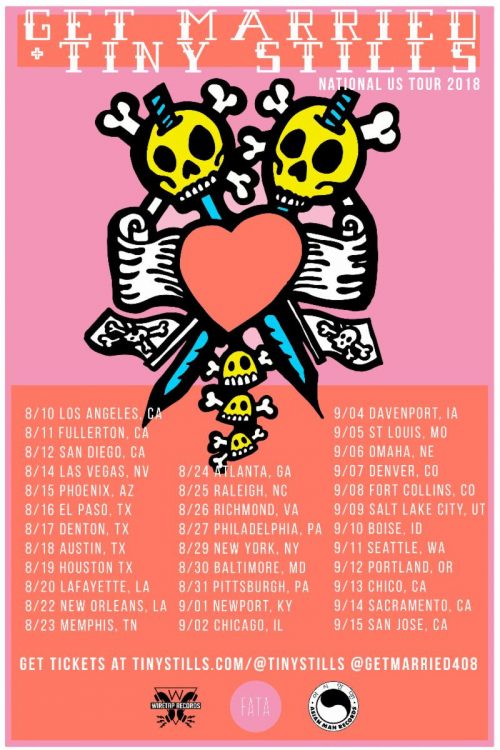 Power pop band Tiny Stills is taking their sophomore album Laughing Into the Void on the road! The band comes to Gold Sounds (44 Wilson Ave) on August 29. Tickets cost $10 and can be purchased here.
Tiny Stills is a power pop band from Los Angeles influenced by Courtney Barnett, That Dog, and 90s/00s rock. Their first album, Falling is like Flying, was released in 2014 and was a direct response to the isolation and anxiety that comes from life changing events after front-person and founding member Kailynn West was held up at gunpoint. It’s upbeat and pop-y melodies were born from a desire to make something that felt and sounded nothing like the she felt at the time — happy. Since then, West has been the nucleus of the project with a rotating cast of band members, but most recent lineup includes Harry Foster (bass), Zach Comtois (guitar), and Tony Thaxton (drums).
Tiny Stills released their sophomore album, Laughing Into the Void, on June 1. The record premiered in full on Music Connection. Full of brutal honesty, crunchy guitars, and catchy melodies, Laughing into the Void is here to help you remember that even the worst days have a silver lining: at least you’re not alone. 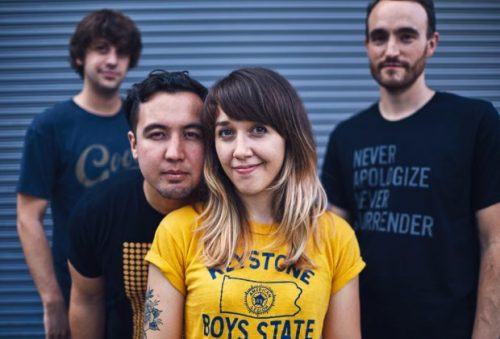