In January 2015, I became obsessed with London Grammar‘s debut album, If You Wait. I can’t recall which single I heard first, or how, but whatever that entry point was, it led to listening to the album on repeat, attempting to do any justice singing along with Hannah Reid’s infectious vocals as I volleyed from track to track: oh this is my favorite, for sure … no, wait, but this one! Was it the vulnerable Nightcall or the reflective Strong that compelled me more? The intriguing lead-off track Hey Now, the subsequent Stay Awake with its gorgeous melody and driving rhythm, or the soul-bearing title track that left me on a high and drew me in for more and more with each listen? 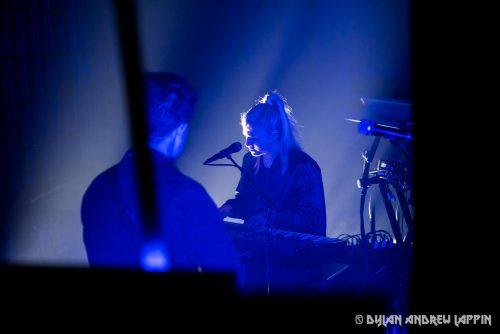 Cut to January of this year: my infatuation with London Grammar reignited with the release of the enchanting single Rooting For You. And last Thursday, my admiration was reinforced as Reid’s sonorous voice filled a packed and adoring Good Room (98 Meserole Ave.), my first time seeing the British trio live. Why is it always such a pleasant surprise when a band, especially a vocalist, sounds as good as the recordings or even better in person? From the first lyrics of the opening Nightcall, I knew we were in for a treat with Reid’s pure, resonant sound, which, I realized listening in that intimate live setting, resembles the iconic voices of Florence Welch (Florence and the Machine) and Eva Cassidy. At once powerful and mellifluous, there’s a depth and fullness that grounds a discernibly honed, dulcet tone in the upper registers. And that sweet strength rang true in person as much as it had in headphones. 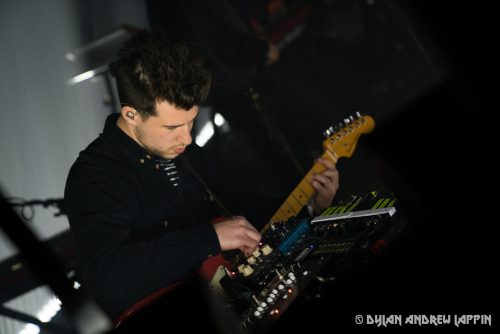 While Reid’s voice was the standout for me, the solid performance by the entire ensemble, including guitarist Dan Rothman, is not to be overlooked (especially given the substitution for Dot Major on keyboard and drums due to an injury).  From the looks of Good Room, where a sweaty and sold out crowd extended deep back to the bar, I was not alone in my enjoyment of the performance. The audience was warm and engaged throughout the set list of seamlessly integrated new and familiar material. It was evident London Grammar was as happy to be playing the intimate venue as the crowd was to see them. 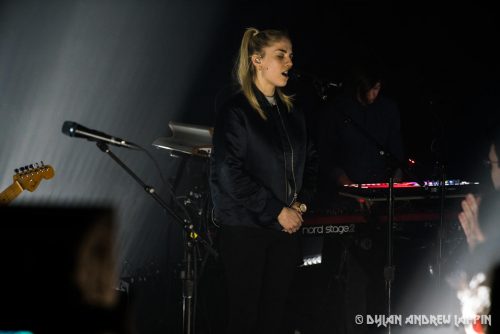 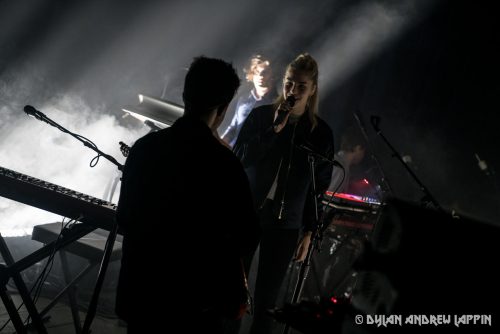 If last Thursday’s performance and the two singles already released this year (the aforementioned Rooting for You and, most recently, the Jon Hopkins produced Big Picture) are any indication, we are in store for a solid sophomore album. London Grammar will be on tour mostly in Europe through the summer, but it will be worth keeping an eye out for local shows again in the fall, perhaps—we can hope—in conjunction with the album release.