Did you stop by our Old-Timey Valentine’s Market on February 11th? If so, you definitely heard the lovely tunes from the oh-so-swell jazz trio, The Big Cat Menagerie. 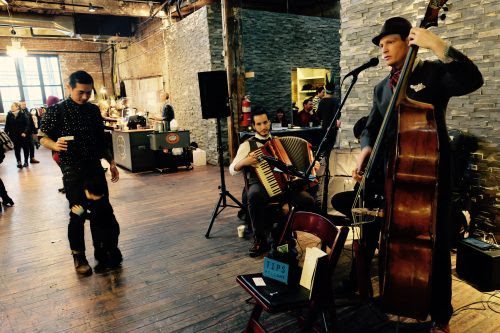 Who are they? What do they do? And, why can’t you stop dancing?

These clever and multi-talented working musicians are total aces. Yes, you’ll want to dance and sip Prohibition era cocktails long into the night. Band leader, Andrew Willens (pictured on right), says he’s been drawn to acoustic sound and its characteristics from a young age. So, it’s no surprise that The Big Cat Menagerie draws from long-ago sounds with top notch influences of the greats like Duke Ellington, Louis Armstrong, Django Reinhardt, and Billie Holiday. 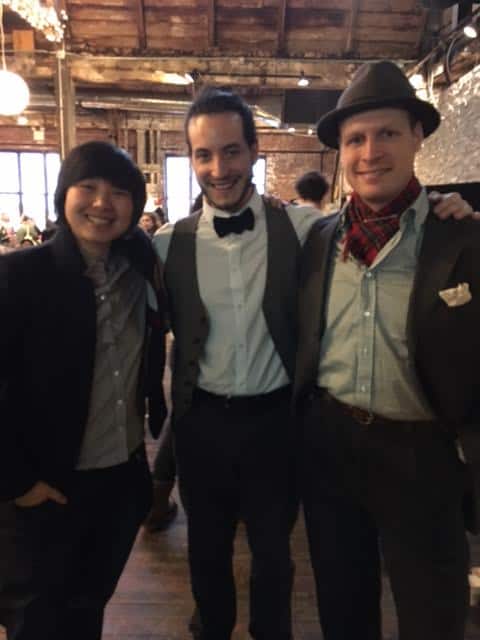 The members met while making music and bopping around Brooklyn. When they met and jammed, everything clicked and fell into place. It was like magic. Willens feels that one of their biggest influences is the 1930s jazz scene and it’s so on point.

It’s true because the crowd at our market was dancing the afternoon away! Shoppers even asked for an encore. And, one of the band’s favorite songs to play? Edith Piaf’s “La Vie En Rose” is a total hit because Willens states it’s a tune that’s timeless and can be reworked in many ways. What a dance band.

So, if you need to shake up your party playlist, or shake your thing at a dreamy music show, definitely check out The Big Cat Menagerie at a local Brooklyn Gig. It’s a major score.

Stephanie is a poet & pathological daydreamer. Her books Hotel Ghost and Waiting For the End of the World are available from Bottlecap Press.
View all posts by Stephanie →