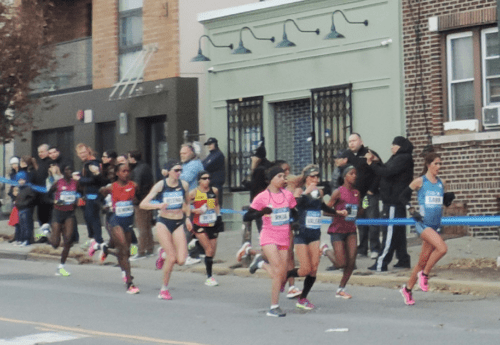 The New York City Marathon—one of the most famous events in the world of sports—will pass through Greenpoint on Sunday, November 6th and you can witness all the action and drama for free just by stepping out onto our local streets. 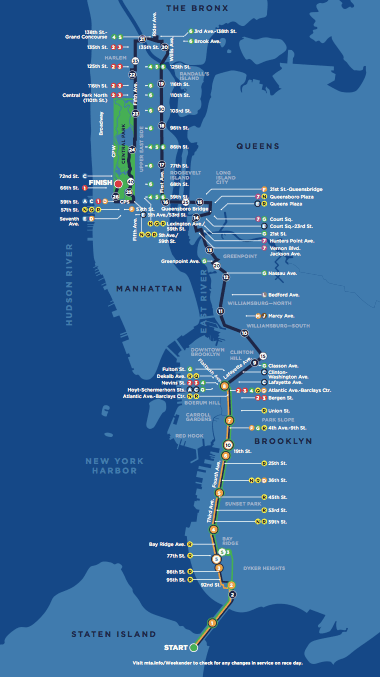 The 50,000 runners run through each of the five boroughs. They begin their 26-mile 385-yard trek with an iconic start in Staten Island, running over the Verrazano Bridge, but there are so many runners that they have to start at different times so that they can all fit through the crowded Streets of Brooklyn. The route takes the runners down Fourth Avenue to Lafayette Avenue where they head through Downtown Brooklyn and eventually onto Bedford Avenue and through Williamsburg. The runners proceed down Manhattan Avenue and then turn onto Greenpoint Avenue just before the halfway point in the race, which is located on the Pulaski Bride as the runners leave Greenpoint and cross into Queens. The runners then cross the Koch Bridge into Manhattan and head up 2nd Avenue to the Bronx and re-enter Manhattan in Harlem. Finally, the race finishes in Central Park.

However, the greatness of the race is the thousands of normal runners from all over the world who take part. The average time for a runner is about four and a half hours. I ran the marathon twice, in 2000 and 2004, and it’s an amazing feeling for local runners to run through the area and be greeted by friends and neighbors. Local spectators help fuel the enthusiasm that is at the core of what makes the New York Marathon one of the world’s greatest marathons. Come out and support the runners and enjoy the great energy of this unique day.