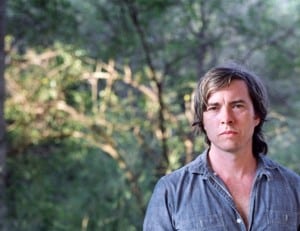 Smog (aka Bill Callahan) rolls in to Brooklyn town late June for a residency at unflinchingly popular Baby’s All Right on Broadway.

Bill recently played New York in April, supporting the famous Iggy Pop on tour, with a drop-down at the United Palace Theater, uptown.

A prolific singer and songwriter, Callahan, active in the lo-fi New York scene for well over 20 years and only in the last few recording under his new name, has, perhaps, as Pitchfork has pointed out, maintained a kind of mystical aura, thanks not only to the minimalism of his music, writing, and interview repartee, but also because-up until recently-not many people had heard his own recordings. Callahan’s songs have been taken up by noted artists such as Gil Scott-Heron, Flaming Lips and Cat Power.

In a recent profile, The Washington Post described Callahan alongside three other major singer-songwriters as, “asserting their gravity in the North American mystery zone where cosmopolitan sophistication and folk mysticism overlap”.

Come see for yourself when Callahan plays Baby’s All Right this month.

Matt Herzfeld is a freelance writer, music supervisor and musician, and serves as Project Manager for the Music Office at the French Embassy in the US. He is based in New York City.
View all posts by Matthew Herzfeld →