Many famous people have lived on Milton Street. Former Governor of New York, Secretary of State and Chief Justice of the Supreme Court Charles Evans Hughes once resided on the street. Thomas Smith, the man who ran the Union Porcelain Works became a millionaire by setting up the first financially viable porcelain factory in the United States, also lived on the street, but #118 has not one, but two famous residents: R.A. Blakelock, (1847-1891) the famous painter and Margaret Wise Brown (1910- 1952) who some claim invented the modern children’s book and whose books more than sixty five years after her death still sell millions of copies annually. 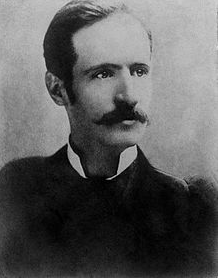 The story of R.A. Blakelock is a tragedy. The painter fell in love with Cora Bailey, a Greenpoint girl who was the daughter of a thriving Manhattan business owner. She and Blakelock would have ten children. Blakelock started out as a landscape painter of the Hudson River School, but like many geniuses he was far ahead of his day, believing that great painting was about form and color, not capturing images like a camera. Few people in the 1880’s recognized his artistic vision. The financial pressure of feeding his large family by selling his paintings was too much for his psyche to bear and he suffered a complete mental breakdown in 1891. He would be institutionalized for the rest of his life, but by 1916 his genius was recognized and his canvases began to sell for tens of thousands of dollars.

A scam artist who called herself Beatrice Van Rensselear Adams, but whose real name was Sadie Adams convinced Cora that she would set up a charitable trust to sell her husband’s paintings. Blakelock’s wife signed over power of attorney to Adams who made at least $30,000 in profits, but never gave a dime to Blakelock’s impoverished family. Adams was never punished legally for stealing the money. Today his minor works fetch tens of thousands of dollars and the major ones grace America’s greatest art museums. 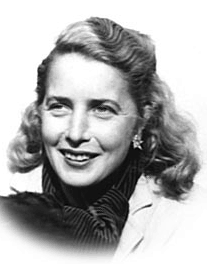 Margaret Wise Brown was born in the house in 1910. She only lived five years there, but had such vivid memories of it that years later she wrote in one of her books about Milton Street, “City Street with high iron gates, a red brick church at the end of the street with the sounds of boats on the river.” Brown tried to write for adults with little success, but at Bank Street Teacher’s College she learned how very young children process language and wrote in a style toddlers could appreciate. She grasped the then “new” idea that children would rather read about their own lives instead of fairytales and fables.

In 1947 Brown conceived and wrote her most successful book, Goodnight Moon, all in one morning. A highly acclaimed bedtime story, it enumerates and then bids goodnight to all that a bunny at bedtime knows. In March 1953, the book had been spotlighted in Child Behavior, a syndicated parental advice column. “It captures the two-year-old so completely,” the authors wrote, “that it seems almost unlawful that you can hypnotize a child off to sleep as easily as you can by reading this small classic.” Wise died at forty-two at the height of her creative powers. Her works more than six decades later are still popular around the globe.

The two artists never met and there is no evidence that Wise Brown ever knew about Blakelock’s tragic life in the house. However, there is an eerie Margaret Wise Brown was born in the house in 1910. She only lived coincidence linking the two. Brown’s classic book has the word moon in its title and Blakelock’s greatest paintings showed the moon. Is it just a coincidence or is it somehow related to the house on Milton Street?