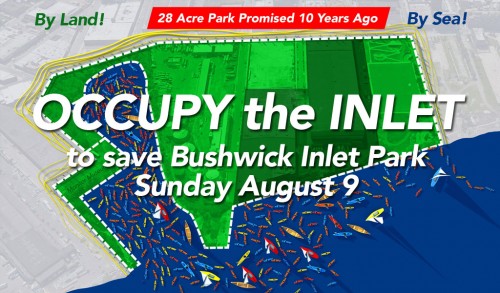 Since the suspicious 7 alarm fire in February that clogged streets with soot and charred medical records, the fate of CitiStorage’s 11 acre site has been the subject of intense debate.

The relentless building boom in North Brooklyn has reached insane heights. Luxury towers continue to spring up like mushrooms. Pile driving is more a common sound than the song of our local finch population. Hundreds of new residents are filing into the neighborhood in droves. Small businesses are being displaced. And what of the remaining longtime residents? Well, let’s just say the ones who are hanging on continue to hold a hot stinking bag of empty promises and excrement.

The Parks Department say they’ve washed their hands clean of the issue while they count how many millions they’ve spent acquiring the adjacent Bayside Fuel lot. Meanwhile, Mayor DeBlasio turns a blind eye to his predecessor’s 10 year old promised park and sanctions the sale of CitiStorage to developers for more luxury towers so long as it furthers his affordable housing agenda.

The situation is so infuriating, it makes one want to bash a fist into more than just a pillow.

While the heat over CitiStorage’s future rages on, both residents and the City agree rampant greed on Brooklyn’s waterfront has made building a park a very expensive proposition. Developers and land owners like Mr. Brodsky are reaping in millions in profits since the dilapidated waterfront was rezoned in 2005 while their neighbors continue to suffer from a horrible fate. The skyrocketing population in North Brooklyn is shrinking the already lowest person to open space ratio in all of New York City. 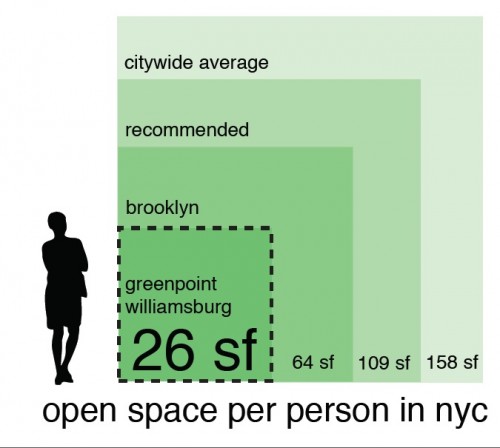 If you thought developing on brownfields were a source of  worrying health concerns, then consider this: lack of open space in high density areas contributes to obesity, shorter life spans, and behavior issues in children.

Don’t want yourself (or worse your kid!) to turn into a diabetic Jabba the Hut strung out on Adderal and asthma inhalers? Then grab a paddle, a pitchfork and a high-flying kite, and occupy the inlet this Sunday with our Friends of Bushwick Inlet Park. This isn’t just a fight for a promised park, it’s a fight for the future of your health.

Occupy the Inlet will take place this Sunday, August 9th from 12:30 to 2pm. For more information on how to get involved visit the Friends of Bushwick Inlet Park for more details.