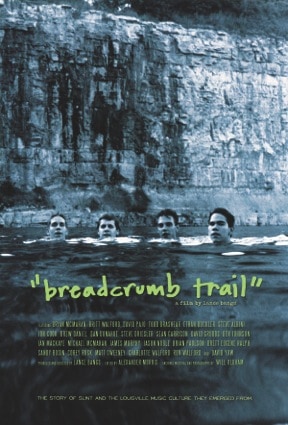 I love music. I love film. I love music & film coming together. I also love the Kentucky Derby. Perhaps you share similar loves. If so, you will be very excited about some cool events going down this weekend. Saturday night, the Wythe Hotel Cinema (80 Wythe Ave) has some crazy awesome in store for you. That’s right, I used “crazy awesome” as a noun. I’m otherwise unsure of how to describe a night in which you can see the Kentucky Derby while eating complimentary Derby-inspired food including pimento cheese sandwiches, cucumber benedictine, mini hot browns, pulled pork sliders, and bourbon chocolate pecan pie, AND THEN watch a screening of the documentary Breadcrumb Trail on the famed 90s indie band Slint, who, get this, will be in attendance for a Q&A afterwards!

Wow. All that for less than $20. It’s a steal, I tell you, a steal! The doors open for the Derby at 5:30 and then the screening takes place at 7:30. Here’s a trailer for the documentary. Here’s where you can buy tickets.

Oh, and by the way, that ain’t the half of it. Nitehawk Cinema (136 Metropolitan Ave), who knows a thing or two about bringing together music and film, will continue their Country Brunchin’ series with screenings of Three Amigos on Sat. 5/3 and Sun 5/4 at 11:30. If you aren’t familiar, this film stars Steve Martin, Chevy Chase, and Martin Short, who are “Down On Their Luck And Up To Their Necks In Senoritas, Margaritas, Banditos And Bullets!” And did I mention there will be a live performance by an all-female mariachi band, Mariachi Flor De Toloache? Because there will be. So you got another event with music, film, food, and perhaps even horses all at once. Get yer tix here.