Nitehawk “The Works” Series on Angelo Badalamenti This March + Interviews 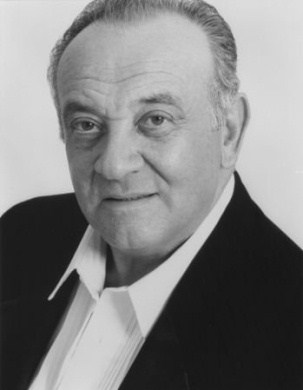 I love the way music and film can come together to create indelible moments, so I am very excited that Nitehawk Cinema is doing an installment of The Works on film composer Angelo Badalamenti. Perhaps best known for his collaborations with David Lynch, he has provided music for a diverse range of films.

Nitehawk will be showing five of them throughout March, starting with a screening tonight of Lost Highway with a live sound accompaniment by local band a place both wonderful and strange.

If that isn’t awesome enough, I spoke with Nitehawk Senior Film Programmer Caryn Coleman plus Russ Marshalek and Lucy Swope of the band about the film, Badalamenti’s music, and more.

Nitehawk is in my opinion one of North Brooklyn’s greatest cultural assets. It’s a real pleasure to go see a good film and have a good meal or some drinks simultaneously. Besides showing the latest indie pictures, Nitehawk programs a diverse range of other screenings, mostly taking place on weekends at midnight or brunch. Themes tend to rotate month to month (March brunch is Muppets and March midnight is the disco musical, for instance), but there are ongoing series too.

One that I really dig is “The Works,” which picks a cinema icon and shows several films connecting to that individual. Past installments have been on director Brian De Palma and actors Karen Black and Bill Murray. The newest is on a composer, Angelo Badalamenti. This Brooklyn-born composer has done a wide range of exciting work and the selected films highlight his broad range: there’s Lost Highway (3/5, 3/7 & 3/8) by frequent collaborator David Lynch, French surrealist film The City of Lost Children (3/8 & 3/9), Eli Roth horror flick Cabin Fever (3/14 & 3/15), Late Quartet (3/15 & 3/16) featuring Philip Seymour Hoffman (RIP) and Christopher Walken, and Secretary (3/21 & 3/22), which explores a sado-masochistic relationship. If that’s not diverse, I don’t know what is.

The series kicks off tonight with Lost Highway accompanied by a live performance by a place both wonderful and strange. You can find more info, including a cool trailer Nitehawk put together, and tickets to all the screenings on this page.

To really get you excited about this event (and others coming soon), check out what Nitehawk Senior Film Programmer Caryn Coleman and Russ Marshalek and Lucy Swope of the band had to say.

GP: This is the first series of “The Works,” to focus on a composer, right? What made you choose a composer in general and Angelo Badalamenti in particular?

Caryn: Yes, this the first time “The Works” has focused on a composer. Our overall aim with this series is to contextualize a body of work produced by an influential person in cinema. After including actors and directors, a composer only seemed natural; in the future I hope to include editors and writers. As for why Angelo Badalamenti specifically, I have been captivated by his music since I was a pre-teen watching Twin Peaks and I like the idea of highlighting someone whom people “know” without knowing that they do. Similar to Karen Black, the diversity of Badalamenti’s work means that we can screen a wide range of films and this seems an incredibly important thing to acknowledge.

GP: Like most of the great composers, Angelo Badalamenti has a diverse body of work in terms of collaborators/partners and film genres the scores are for. How did you select the particular films you did for this series? What is your favorite film with a Badalamenti score that didn’t make it?

Caryn: The films for the series were chosen to exactly reflect this diversity of his work and to highlight films that are not part of the more well known Lynch collaborations. So under the umbrella of Badalamenti, it’s exciting to screen Secretary and Cabin Fever (which was a total surprise to me) amongst City of Children and A Late Quartet. The one commonality between these films that also relates to the Lynch works is that they tap into the uncomfortable territory of imperfection and horror in society. Angelo Badalamenti’s music has somehow tapped into the human psyche that reflects our darker side, and I think that audiences inherently respond to that.

Since Badalamenti is so well known for his collaborations with David Lynch, I only wanted to include one of those films in the series in order to show the breadth of his work. It seems to be the perfect time to start looking at Lost Highway again as it often gets overlooked by the tentpole Lynch films. But with its non-linear narrative, nightmarish dreamscapes, and parallel worlds, it’s Lynchian through and through. As for my personal favorite Lynch film that wasn’t included…I’d have to say Wild at Heart but I’m always in love with all things Twin Peaks.

GP: What do you think characterizes a Badalamenti score?

Caryn: Badalamenti’s scores establish a psychological landscape that integrates so seamlessly into what the audience witnesses on-screen that, while leaving a lasting impression, isn’t separate from the narrative. And it’s that mix of originality and subversiveness that characterizes his work (and makes him so wonderful)

GP: What are some other films you like for their memorable music, whether scores or soundtracks or scenes?

Caryn: I’ve recently been absolutely obsessed with Jerome Moross’ score to The Big Country. Other favorite film soundtracks include North by Northwest by Bernard Herrmann, Superia by Goblin, and, surprisingly, I can listen to Polanski’s The Ninth Gate on constant repeat.

GP: What other composers would you consider for “The Works?” Anything else coming up at Nitehawk you want to mention to promote to our readers?

Caryn: I’d love to do one on Bernard Herrmann! In terms of upcoming screenings at Nitehawk, there’s always a lot of fantastic stuff going on here! We will have another Lynch/Badalamenti screening in July as part of a “Summer of Surrealism” series I’m programming. Our next person in “The Works” will be Kurt Russell in June which will no doubt be a total blast! We also have great upcoming Live Sound Cinema screenings of Mad Max, Fantastic Planet, and Metropolis all with live scores.

Russ Marshalek and Lucy Swope, a place both wonderful and strange

GP: Have you participated in a Live Sound Cinema event at Nitehawk before? Or, done any other activities of setting music to a film or other type of visual story?

Russ: We did Vampire Lovers last Halloween–a film that, unfortunately, doesn’t really work without at least closed captioning. We also tour a re-soundtracking of Lynch’s Twin Peaks film, Fire Walk With Me.

Lucy: We also work with BBQ Films to curate pre- and post-show music. It’s not setting music to film, but a lot of careful consideration goes into making the live set in-theme with the movie they’re presenting.

GP: I haven’t watched Lost Highway in a while, but one thing I remember well is actually the soundtrack. Obviously the score is iconic as well, so I’m curious what your strategy is in creating music for a piece of cinema that already has such a notable musical element in both its score and soundtrack.

Russ: We aren’t re-soundtracking Lost Highway the film, we’re doing a hybrid DJ/live set, in conjunction with visual/graphic artist Deanna Paquette (who does all of my live band visuals and artwork), based around the film’s themes of identity and surveillance. One of the songs from my record that I just released, “Fuck I Hate The Cold”, samples this film and was created from the same place. We have a general idea as to where we’re starting and where we’re ending with this 30 minute piece, but we’re giving ourselves a palette to play with within that general frame.

Lucy: I get to sing a song!

GP: How familiar are you with Badalamenti? What do you think characterizes a Badalamenti score? Do you have any favorite scores or particular scenes in his films where the music added to your enjoyment?

Russ: I’m pretty familiar with Badalamenti’s work with David Lynch, but through Nitehawk’s curation of this series I’m seeing a lot of stuff I had no idea he was involved with. That Lynch link is obviously incredibly intense–there’s a visceral reaction in me at, say, the Twin Peaks theme music, or Audrey’s theme. I think the curation with Lost Highway is really interesting because a lot of the Trent Reznor influence with electronic industrial metal stuff is incredibly en vogue in the musical climates I traverse, so it sounds really, really current. Like, we’re not going to use any stuff from, say, Yeezus, but we could.

Lucy: Gosh, I studied so much Lynch in college. Wind tunnel in a theatre.

GP: What are some other films you like for their memorable music, whether scores or soundtracks or scenes? Have any shaped or influenced the music you make?

Russ: Pi has a hugely influential soundtrack for me, and The Rules Of Attraction‘s a vastly overlooked sonic masterpiece. Also right now I’m constantly listening to the soundtrack to Frozen, to be totally honest. Do you wanna build a snowman?

Lucy: The Mishima soundtrack by Philip Glass gives me goosebumps. Blade Runner by Vangelis, obviously. There isn’t a movie yet to go with Vogel’s EP Hologram, but there fucking ought to be.

GP: Any other films you’d love to do a live score for?

GP: Anything else coming up for the band that you’d like our readers to know about?

Russ: We’ll be doing our Fire Walk With Me Show, with an audience talk-back for the first (and probably only) time ever, for the ReMix Media Fest in April. I’m also working on a new EP and short film called “New Jack Witch”, about life in a police state in which emotions are forbidden.

Lucy: I’m going into the lab and not coming out till I have a live show.