On Friday mornings, especially during the holiday season, a long line of people magically appears Friday mornings at 30 Gem St, a typical industrial street of non-descript warehouses. You can observe a large diversity of people in the line and it is clear that many of the people in line are not locals. They wait stoically, even in the coldest weather, in lines that sometimes can include 50 or more customers. 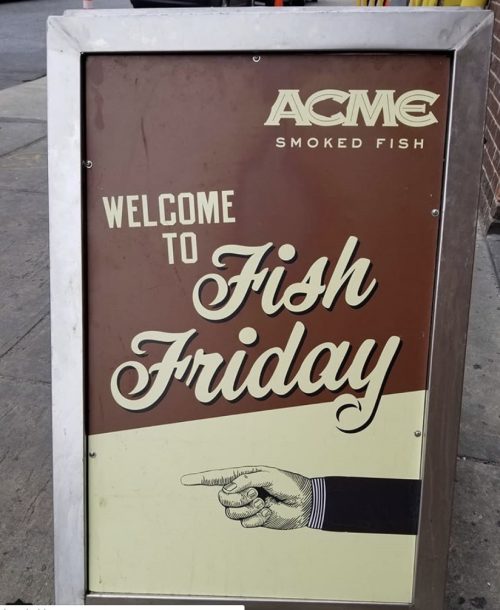 There was something definitely fishy about the odor of smoked fish (pun intended) and this mysterious line of people so I had to check it out. What I learned is that the diverse group of people standing in the freezing weather had discovered the amazing open secret that is Acme Fish.

The rest of the week the Acme building functions as a long-established wholesale outlet selling smoked huge quantities of fish to some of New York’s finest shops, like Zebras and Barney Greengrass and to upscale restaurants. The legendary smokehouse at 30 Gem Street has been around for four generations; if Acme opened today the smokehouse would probably face huge licensing hurdles, but thankfully Acme predates smokehouse permits.

Although the business dates from 1954, about 25 years ago, Acme began opening its doors on Fridays to serve the general public at steeply discounted prices that range from 20 to 50 percent off the price of their products in retail stores. Acme does not advertise its Fish Fridays that run 8 a.m. to 1 p.m., but then again the business does not need to, as the line of customers outside the warehouse proves. 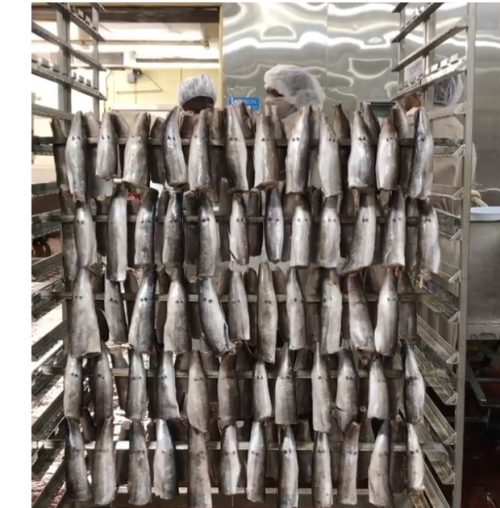 You wait in the nippy cold air impatiently, but finally, you reach the doors and enter. When you get inside the warehouse, you are aware that the temperature is still a brisk 45 degrees or so. The chilly temperatures are ideal for preserving the fish that you still cannot see. Then, at last, you pass through a plastic screen and finally spread out before you on wooden tables is a wondrous assortment of different kinds of fish, some pre-packaged, some fish in bottles and some smoked fish being sliced right in front of you. There is also an array of different kinds of fish: Salmon, white fish, herring and whiting, amongst others.

END_OF_DOCUMENT_TOKEN_TO_BE_REPLACED

In this second installment of the Gastronaut series, we go behind the scenes of Acme Smoked Fish to demystify Fish Fridays.

In the heart of industrial Greenpoint, on an unremarkable street, behind an unmarked door, lies the largest smoked fish processor in the country: Acme Smoked Fish (30 Gem Street). And every Friday, and only Friday, from 8am until 1pm, you can take advantage of one of the neighborhood’s best (and worst kept) secrets when Acme opens its doors to the public for “Fish Friday.” END_OF_DOCUMENT_TOKEN_TO_BE_REPLACED