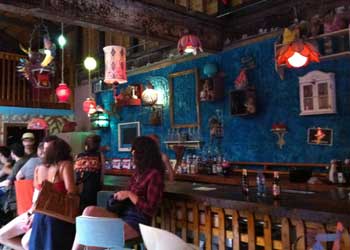 Brooklynites are always craving new everything. How about a DIY music space? With a name like Delinquency, I had to check it out. Plus, my favorite band Gunfight! was playing, who always rule.

Seemingly in no-man’s land, but not really, the new spot is on Grand St down by the Metropolitan Ave Bridge near the famous Pumps strip club. (Oh, there.) END_OF_DOCUMENT_TOKEN_TO_BE_REPLACED 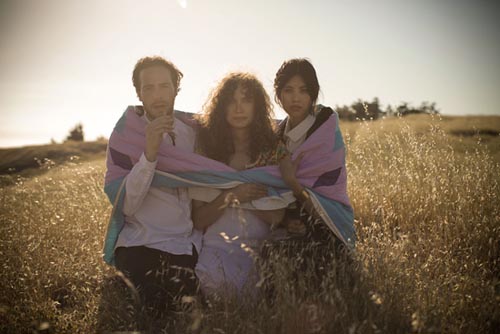 One of the things I miss most about living in San Francisco are the beautiful, cheap Victorian houses that have rooms with large bay windows and boarded up fireplaces with ornate mantles that are perfect for displaying old pictures of your mom from the 70’s, some antlers, and your stash of pot. It really encourages you to stay inside most nights and listen to folky, relaxing music as the fog rolls in. Magic Magic Roses is the perfect soundtrack for such nights. END_OF_DOCUMENT_TOKEN_TO_BE_REPLACED

Julian Lynch and Ducktails at 285 Kent

In a desolate area under the Williamsburg Bridge, a show at 285 Kent brought the neighborhood out on Saturday night despite warnings of the derocho, or as some sources chose to report, “The Storm That Might Destroy New York City.” But inside the warehouse, beyond the rain and clouds of cigarette smoke, a wormhole of industrial noise and psychedelic guitars could be heard. END_OF_DOCUMENT_TOKEN_TO_BE_REPLACED

END_OF_DOCUMENT_TOKEN_TO_BE_REPLACED 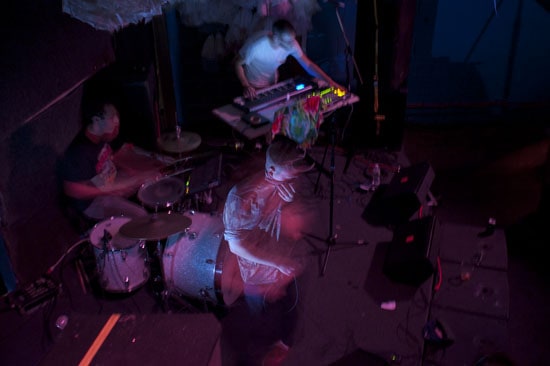 This is where the excitement stopped.  Wise Blood’s production puts him among the heavy hitters of the genre (Panda Bear comes to mind) and his live musicians killed it.  But when a couple fans are more into the show than the performer is, how is the rest of the crowd supposed to get into it?  END_OF_DOCUMENT_TOKEN_TO_BE_REPLACED

I may not be the first Greenpointer to trek south to Muchmore’s, one of north Brooklyn’s latest coffee shop / bar / venue spaces, but I certainly won’t be the last if they keep up what they had going this past Sunday night.  I was spending my evening entertaining a friend from New Orleans and we had just concluded a fact-finding mission to Crif Dogs (seriously.)  Given that Northside was still going strong, I would have felt seriously remiss sending him off without his ears ringing, so we trekked over to newly-opened Muchmore’s, located on a (formerly) quiet corner of North 9th street.

Sadly, we had just missed Railbird, showing up in the middle of Zula’s set.  Zula’s clean, layered sound was a great thing to have filling the front lounge area as we wandered in, taking in the artwork.  Working our way to the back, our first thought was that the acoustics were surprisingly good in the unpolished, comfortable space, where little separates the musicians from the crowd and listeners find nearly equal space to either stand and bop or spread out on one of the many couches.  Next up were the decidedly noisier Dreebs, about which I feel mostly unqualified to comment except to say that their songs seemed to my deafened ears to be carefully constructed, skillfully building and releasing tension.  Rounding out the night was Ava Luna, who frankly surprised us – we walked out of Muchmore’s talking excitedly about the deceptively mature, harmonized vocals coming from the young band. 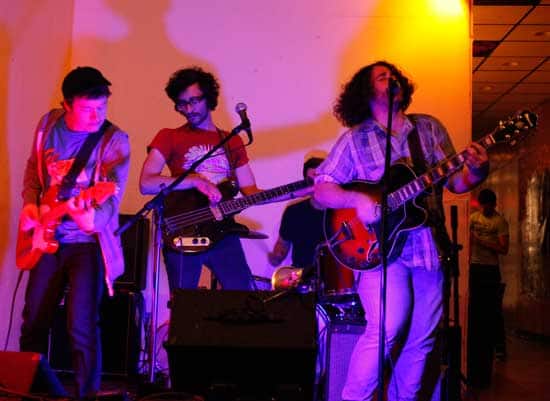 It may be the intimacy of venues, the laid back crowd, the cheap ass beer or the tight line-ups, but the DIY scene rules because it doesn’t feel like a scene, it just feels like people enjoying great new music. And the bands don’t suck. And the bouncers are pretty nice, too. END_OF_DOCUMENT_TOKEN_TO_BE_REPLACED